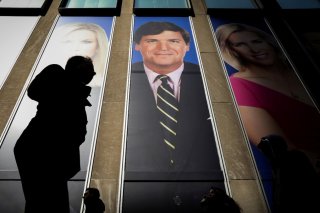 Many Americans on both the political Left and Right long for the days when media were supposedly less partisan and more reliable.  Are criticisms of media performance justified?  What, if anything, can be done to encourage stronger media performance on national security matters and greater public trust in journalistic objectivity?

Please enjoy the Center for the National Interest's discussion with a distinguished panel of experts where these questions were addressed. Our panel consisted of:

Martin Gurri is a visiting research fellow at the Mercatus Center at George Mason University and a former senior media analyst at the Central Intelligence Agency.  His book, The Revolt of the Public and the Crisis of Authority in the New Millennium, foreshadowed the political shocks of Brexit and the rise of Donald Trump.

Mollie Hemingway is a senior editor at The Federalist, a contributor for Fox News, and a Senior Journalism Fellow at Hillsdale College.  Her book, Rigged: How the Media, Big Tech, and the Democrats Seized Our Elections, will be published in October.

Michael Kimmage is a professor at Catholic University, a non-resident fellow at the German Marshall Fund of the United States, and a former Obama administration official on the State Department’s Policy Planning Staff.  His most recent book is The Abandonment of the West: The History of an Idea in American Foreign Policy.

George Beebe, Vice President and Director of Studies at the Center and former head of Russia analysis at the Central Intelligence Agency, will moderate.