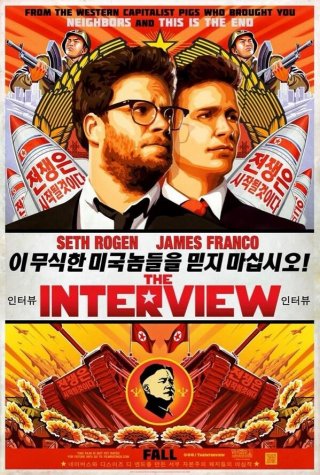 The recent cyber attack on Sony Pictures serves as a potent reminder that authoritarian regimes are hostile to the exercise of civil liberties both at home and abroad. North Korea’s cyberattack and threats of real-world attacks on movie theaters showing The Interview is certainly the latest and most egregious example of one country working to prevent the exercise of free expression in another, but such efforts are not uncommon.

Pyongyang more frequently focuses its efforts on South Korea, demanding that Seoul put a stop to protests aimed at the North and ban media from engaging in negative coverage of the Kim Jong-un regime. For example, following a spring 2013 protest in which demonstrators burned effigies of Kim Il Sung and Kim Jong Il, Kim Jong-un issued a statement threatening “retaliatory action” against the perpetrators and “just military actions” in defense of “the dignity of the supreme leadership,” while demanding an apology from Seoul and a halt to future such demonstrations. Although such attempts at intimidation have been by and large unsuccessful, there are those in South Korea who believe Koreans should censor themselves to avoid needlessly antagonizing the Kim regime.

Troublingly, the Kim regime is not the only one looking to curtail free speech abroad. China is even more active in this regard, and potentially more successful. When it was announced that The 10 Conditions of Love, a film about Uyghur dissident Rebiya Kadeer, was to be shown in Taiwan at a Kaohsiung film festival in 2009, Beijing ordered Chinese tourists to cancel their hotel reservations. To appease hotel managers, the showing was rescheduled for prior to the festival. Taiwan’s government later even denied Kadeer a visa. Earlier that year, Beijing also demanded the film not be shown at an Australian festival, but to no avail.

When the Nobel Foundation awarded the 2010 Peace Prize to Chinese dissident Liu Xiaobo, Beijing responded angrily, putting a stop to nearly all high-level diplomatic exchanges and imposing economic sanctions, notably on Norwegian salmon. Beijing knows very well that the Nobel Foundation is an independent, nongovernmental organization. China apparently hoped its pressure on the Norwegian government would lead Oslo to stifle the activities of persons and organizations critical of the People’s Republic of China.

These efforts extend even to the United States. Language teachers at Confucius Institutes—Chinese Communist Party-affiliated language training centers embedded in American universities—must obey Chinese laws and are not permitted to engage in discussions with students about sensitive issues, including the Tiananmen Massacre and Tibet. American students, sooner or later, will learn to censor themselves rather than engage in the awkward (if not fruitless) exchanges that must come with attempts to discuss forbidden topics.

Why are authoritarian regimes so hostile to freedom of expression outside their own borders? First, frank discussion in the United States about North Korea’s human rights calamity or China’s military buildup can might lead the American people to support policies Pyongyang or Beijing might not like.

Second, no borders—not even North Korea’s—are absolutely opaque. Indeed, international borders have become increasingly porous to the transmission of information and ideas. A movie like The Interview—a comedic satire about a U.S. attempt to assassinate Kim Jong-un—is considered so dangerous by the leaders in Pyongyang because they know that, sooner or later, North Koreans will see it or hear about it and learn that their supreme leader is little more than the butt of a bad joke to many people beyond the confines of the Yalu River and the 38th parallel. And if Kim Jong-un is to be laughed at rather than feared, what business does he have running the country? There is little that Kim and his cronies fear more than such questions gaining purchase in the minds of the people over which they rule.

Free societies, by their very existence—and regardless of whatever foreign policies they adopt—are threatening to illiberal regimes. As a result, the freedoms that liberal nations hold so dear are a necessary target for the world’s authoritarians. If there is a silver lining to the Sony attack, it is to make clear that freedoms must be ardently exercised and zealously defended and that dictators are, by their very nature, hostile to free societies.

The United States and like-minded countries must be vigilant in guarding against both the brazen attempts to quash free expression, like North Korea’s recent cyberattack, and the more subtle efforts to do, like China using the lure of its market to induce self-censorship in Hollywood or the lure of a visa to induce the same in academia. It turns out that the Cold War’s close did not see the end of an ideological struggle between liberalism and its foes, even if that contest does not define international politics as it once did.