A Bad Idea: America Concluding a Defense Pact with the GCC 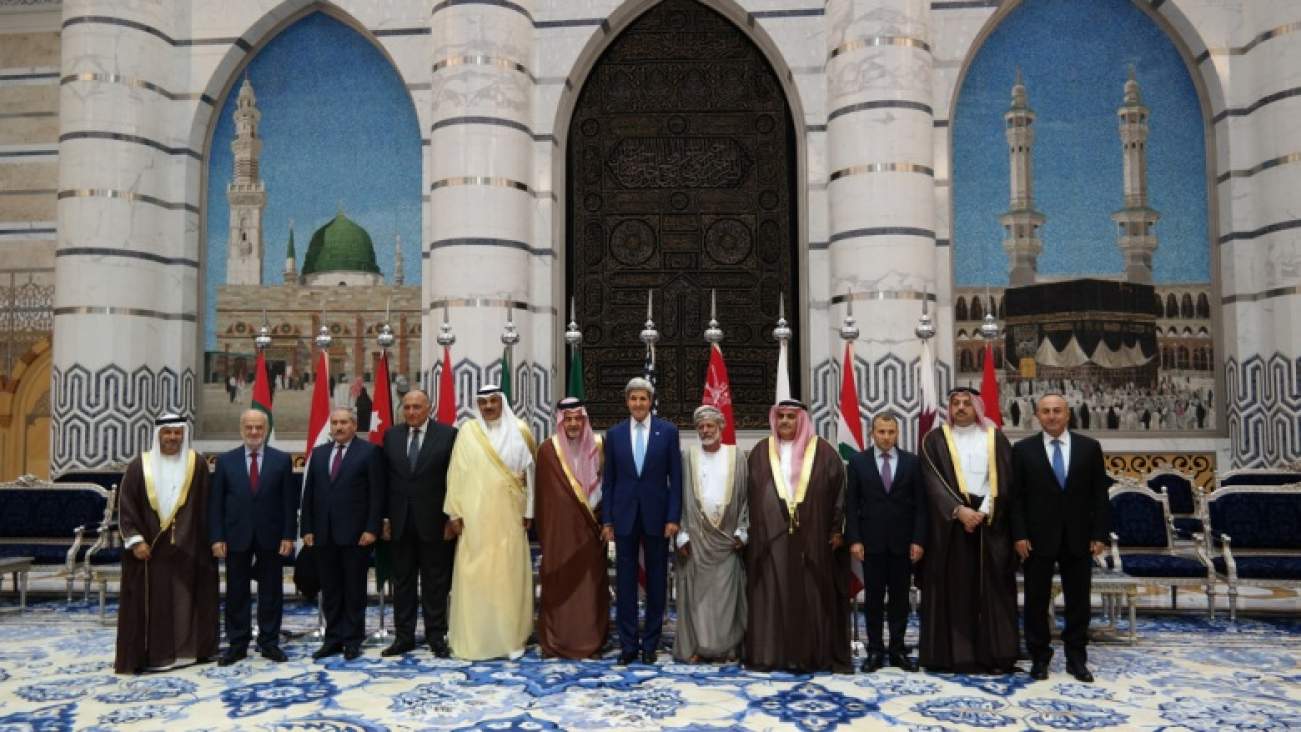 This week, President Obama will play host to leaders from the Gulf Cooperation Council (GCC) states, first at the White House, and later at Camp David. The meetings are intended to soothe Arab leaders worried about the ongoing U.S.-Iranian nuclear negotiations. But President Obama must reject GCC demands for a formal or informal defense pact with the United States, which would tie American security ever more closely to countries whose interests and values do not align with our own.

Though a successful nuclear deal with Iran should in theory reduce tensions in the Middle East, the Gulf States are concerned about future Iranian growth. Nuclear-related sanctions have indeed cost the country as much as $4 to $8 billion a month in lost oil revenues. Regaining this income, in addition to other sanctions related benefits, will increase Iran’s power and ability to act in the Middle East.

As a result, GCC leaders are pushing the idea of a stronger military alliance with the United States. And though it remains unclear what possible deals the Obama administration is considering, the possible outcomes are wide-ranging, from minimal increases in arms sales or intelligence sharing to a formal mutual defense treaty.

Most likely is the possibility that President Obama will offer a less formal, verbal commitment to safeguard the security of the GCC states. Secretary of State John Kerry, speaking in Paris last week, noted that “we are fleshing out a series of new commitments that will create, between the United States and the GCC, a new security understanding, a new set of security initiatives that will take us beyond anything that we have had before.”

Yet whether formal or informal, a defense pact with the GCC states would be a big mistake. For one thing, the interests of these states often don’t align with those of the United States. In Syria, for example, GCC states continue to focus their efforts on the overthrow of the Assad regime, not on ISIS. And in Yemen, the Saudi-led conflict has caused massive humanitarian costs and allowed Al Qaeda to make gains, undercutting U.S. counterterrorism goals.

These are just two examples of an overall pattern: the United States has a strong interest in stability in the Middle East, yet the Gulf States are themselves the frequent cause of unrest in the region. The actions of states like Saudi Arabia, the United Arab Emirates (UAE) and Qatar since the Arab Spring, for example, have worsened conflicts in Syria, Yemen, Libya and elsewhere.

Nor do these states in any way reflect American values. All the GCC countries are profoundly undemocratic and repressive. This includes countries like Bahrain, whose Sunni-minority royal family has maintained its rule during the Arab Spring only thanks to military action by Saudi National Guard troops. Saudi Arabia itself is deeply repressive, with harsh punishments for dissidents and few rights for women or minorities. Though shared democracy is itself a shaky rationale for mutual defense pacts, it is certainly inapplicable here.

As President Obama noted in a recent interview, domestic repression and lack of political reform are actually among the most pernicious problems faced by the GCC countries. High youth unemployment, domestic alienation, and radicalization make these states less stable. A defense pact certainly wouldn’t obligate the United States to help these regimes against their own people, but these obvious domestic weaknesses make regional unrest far more likely.

Worse still, a defense pact between the United States and the GCC countries could, counterintuitively, worsen the regional security environment. Though Iran is certainly an unpleasant regional actor—it has bolstered the regime of Bashar Assad in Syria and funds proxies throughout the region—marginalizing that state is unlikely to yield anything but further conflict.

The Obama administration has had recent success in restoring minimal diplomacy with Iran, and success on a nuclear deal could lead to engagement on other issues. Though there has been no coordinated U.S.-Iranian military action in Iraq, Iranian militias and fighters have been useful in the fight against ISIS there. Increased engagement with Iran will help to encourage liberalization, but further marginalization of the country will only to embolden domestic hardliners.

Crucially, it also worth pointing out that the Gulf States tend to exaggerate the threat from Iran, and to view all Shia groups in the region as Iranian backed. Whatever the merits of reinforcing our military alliances with them, the decision should not be based on their exaggerated perceptions of the danger posed by Iran, which, despite the rhetoric, has a largely defensive posture and lacks the capacity for military power projection.

Ultimately, the GCC states have previously proven to be unreliable allies, pursuing their own goals even when they conflict with U.S. interests. Many of their foreign policy actions are ill-thought out, from the funding of extremist rebels in Syria, to the ongoing disastrous war in Yemen. A defense pact will only further embolden them to act rashly and draw the United States into more Middle Eastern conflicts. This week, President Obama must make the right choice and reject the GCC’s demands.

Emma M. Ashford is a visiting research fellow at the Cato Institute with expertise in international security, and the links between domestic politics and foreign policy, including democratization and economic and political development. She is an expert on the politics of petrostates, including Russia, Saudi Arabia, Venezuela, Iraq, and several states within the Former Soviet Union. Her work focuses on the ways in which domestic institutions shape foreign policy outcomes, in particular on the ways in which oil-induced weak institutions can lead to conflict and state aggression. Her current research examines the Russian foreign policy decision-making process during crises. Formerly a Bankard Predoctoral Fellow at the University of Virginia, Ashford has worked with the Russia-focused Center on Global Interests, and her work has been published by Foreign Policy, The National Interest, Forbes, U.S. News and World Report, and Al Jazeera America. She holds a PhD and BA in Foreign Affairs from the University of Virginia, and an MA in International Affairs from American University’s School of International Service.