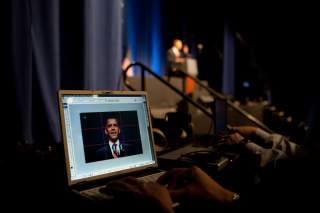 Except that it isn’t. In an attempt to undermine the legitimacy of Trump’s win, his detractors are going into overdrive to exploit Russian shenanigans and to create a climate of hysteria. It is obvious that Russia attempted to interfere in the election. We fully support investigating what occurred in recent months. Nevertheless, we take issue with the rush to judgment by the media, Congress and, not least, President Obama and his political appointees.

It is difficult to avoid the sense that Trump’s detractors want to hobble not only his foreign policy, but his impending presidency. Already the fevered atmosphere is redolent, if anything, of the early 1970s, when Richard M. Nixon’s liberal establishment foes used his transgressions—some fabricated, others real—to drive him from office. Now it seems that Trump’s enemies want to accomplish this feat even before he has officially entered the White House. For all the talk of Trump as a danger to democracy, who is trying to question and even to overturn the outcome of America’s democratic process? The obviously aggrieved Trump is justified in referring to the matter as a “political witch hunt.”

There can be no doubting that Trump himself has not always been careful in how he depicts Russian hacking or, for that matter, Julian Assange. It was injudicious of him to declare during the campaign, “Russia, if you’re listening, I hope you’re able to find the 30,000 emails that are missing” from Clinton’s email server. But let’s get real: given his assertive personality, it is no surprise that Trump would attack his critics, and there is indeed much to criticize. More important, after meeting senior Obama administration intelligence officials, Trump acknowledged that Russia and other nations have tried to hack into U.S. systems and said that he would require his subordinates to produce a report and a plan within ninety days of his inauguration. This is exactly the right way to proceed.

The problems start with the hasty hearings that are being held by Congress, and the intelligence report issued by the administration. There is no cogent national-security reason to race to conclusions about Russian actions based on testimony by officials leaving office after a political defeat. The Senate Armed Services Committee hearing yesterday provided Sens. Lindsey Graham and John McCain another opportunity to ventilate their hostility to Moscow and raise doubts about Trump’s relationship with Russian president Vladimir Putin. Of course, it also provided a veneer of bipartisanship to what is otherwise a heavily partisan affair. Graham’s cavalier policy advice—“If we don’t throw rocks, we’re going to make a huge mistake”—adds very little to America’s public discussion.

Meanwhile, neither McCain nor Graham has offered adequate explanation for their strange inattention to the fact that weak or absent counterterrorism cooperation with Russia can cost American lives, something quite apparent in the 2013 Boston Marathon bombing. When the Senate Intelligence Committee, led by Sen. Richard Burr, holds a hearing next Tuesday with FBI Director James Comey, CIA Director John Brennan and Director of National Intelligence James R. Clapper Jr., we hope that the committee’s members will adopt a more intellectually rigorous posture.

Then there is the deplorable role of President Obama, which has received less attention than it deserves. Obama has steadily been trying to box Trump in on Russia policy, starting with the new sanctions that he announced last week. If Obama were really interested in an impartial review of what transpired or, more to the point, an effective U.S. policy response, he would wait to submit a comprehensive and objective report to the incoming administration. Instead, he and his aides are busy leaking information to embarrass Trump, such as the meaningless tidbit that some Russian officials celebrated his win. Since many despised Hillary Clinton, they probably did. Just as Israeli officials surely did. And just as Chinese officials would likely have cheered if Hillary Clinton had won. Does that make Secretary Clinton a Manchurian candidate? Attempting to use foreign reactions to U.S. elections as a measure of patriotism is misleading, dangerous and wrong.

At the same time, the vitriol surrounding the hacking episode has also spilled over into the media, which is feasting on the story. For example, CNN anchor Chris Cuomo told Kellyanne Conway, the incoming counselor to Trump, that Trump’s skepticism about the hacking episode is tantamount to “sheltering Russia.” This inflammatory language, in which any doubts expressed by Trump or others are said to amount to pro-Putin apologies, opens up the attackers to a similarly ugly charge—are they in fact enablers of ISIS who are endangering American lives by refusing the prospect of working with Russia to stop Islamic terrorism? After all, the September 11 attacks came well after the Clinton administration refused Putin’s offer to cooperate against the Taliban and Al Qaeda in Afghanistan. That decision might have cost three thousand American lives.

The more the Russian hacking episode is politicized for domestic purposes, the less likely it is that Americans will ever know what really happened. Why is it that the FBI has only now stated that its officials did not have direct access to the Democratic National Committee’s servers, the “scene of the crime”? The truth is that that there is an urgent need to study and assess Russian efforts, not to mention Chinese and North Korean cyber war efforts. The national security threat represented by cyber war, after all, is hardly confined to Russia. Nor is this all. To draw useful conclusions, any serious report would have to evaluate Russia’s perceptions, motives and objectives much more seriously. To what degree was the Kremlin animated by the desire to retaliate for previous American efforts to intervene in Russian domestic politics? To what degree was it focused on stopping or merely discrediting Hillary Clinton? Did Moscow officials really think they could sway an election whose outcome most observers—including America’s most sophisticated political analysts—considered a foregone conclusion?

So far, no one has produced any evidence that Russia tipped the election in Trump’s favor. But the lurid allegations swirling around the election simply underscore the importance of avoiding a new round of Cold War McCarthyism, in which any sympathy for an opening to Moscow becomes synonymous with appeasement or even treason. The issue isn’t simply Trump. It’s America’s ability to conduct a rational foreign policy based on something other than demonization of opposing views. More than that, we must avoid destroying American democracy in order to save it.

Last but not least, the hacking scandal-mongers should stop insulting Americans’ intelligence by expressing shock that Trump might question the judgment, if not the integrity, of Obama appointees like Lt. Gen. James Clapper. After all, Clapper fired Trump’s incoming National Security Advisor Lt. Gen. Michael Flynn in what Flynn described as retaliation for his unheeded warnings about the continuing danger of radical Islamist terrorism.