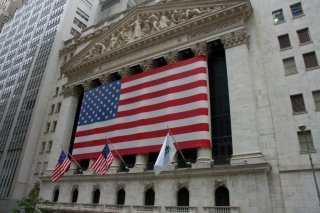 The U.S. economy shrank by 0.7 percent last quarter, according to Friday’s revised estimate from the Bureau of Economic Analysis. The contraction may be a temporary aberration, as it was last year. Or, it might signal the onset of a more troubling slowdown. But one thing is for sure: the Obama recovery is unusually lethargic.

Since 1960, this nation has experienced six other recessions and subsequent recoveries. At twenty-three quarters in, the current recovery has been the weakest of all seven. The other post-1960 recoveries at this point had produced average cumulative growth in Gross Domestic Product (GDP) of just over 25 percent. The current recovery has achieved barely half that—13.29 percent. The difference in GDP growth amounts to nearly $1.9 trillion in constant 2009 dollars.

The Reagan recovery (which began in late 1982) offers an even greater contrast. At the equivalent point in the Reagan recovery, cumulative economic growth stood at nearly 31 percent. The gap in cumulative growth between that recovery and the current one totals more than $2.7 trillion in constant 2009 dollars.

Weak GDP growth typically translates into tepid private-sector jobs growth, and that’s certainly the case with this faltering recovery. From its post-recession low point, the jobs number has increased by just 11.3 percent. In previous recoveries, employment growth averaged 14.3 percent at this point—producing more than 3 million additional jobs. In the Reagan recovery, jobs had increased by 19.28 percent at this point. Had the Obama recovery matched that performance, nearly 8.4 million more Americans would be working today.

The labor force participation rate illustrates this. This number reflects the percentage of the noninstitutionalized population 16 years and older who are either employed or actively looking for work. During this recovery, that number has plummeted. Currently, less than 63 percent are even part of the workforce—the lowest participation rate since the late 1970s. Among those in their prime (ages 25 to 54), the participation rate has declined since the recovery’s start and is stuck near 81 percent. This is a level last experienced in 1984.

Even more astounding is that, since the start of this recovery, workforce participation has dropped among every age group under the age of 60. It’s troubling to see so many of those just starting out and those in their prime income-earning years dropping out of the labor force.

In an attempt to stoke growth, government has tried nearly every idea from the leftist intellectual factory: profligate federal spending (which has sent the national debt skyrocketing by more than $7 trillion in just six years); increased capital gains and income taxes; an enormous new entitlement (Obamacare); an $830 billion stimulus program, and a Federal Reserve balance sheet growth of nearly $2.5 trillion.

At the same time, the Administration propelled a huge expansion of need-based assistance. For instance, food stamp usage expanded from just 33.5 million Americans in fiscal year (FY) 2009 to a peak of 47.6 million in FY 2013; it remains about 45 million now. In numerous states, sharp hikes in the minimum wage have caused jobs once available to the low-skilled and less educated to vanish.

Meanwhile, a rash of new federal regulation over the last six years has saddled the private sector with close to $80 billion in additional, annual economic costs (as documented by James Gattuso and Diane Katz in “Red Tape Rising”). And the highest corporate income tax rates in the industrialized world continue to keep U.S.-based international businesses at a permanent competitive disadvantage.

The present approach has failed. The paltry performance of the current recovery—compared to all others over the last fifty-five years—bears testament to this. But a return to strong, long-lasting economic growth is possible.

So what can be done?

To start, Congress should reassert its role in crafting regulation. Although some delegation of rulemaking authority by Congress is required in a nation of nearly 321 million people, ideology and power within the federal bureaucracy have run amuck. Consider only the Federal Communications Commission’s attempts to regulate broadband internet as a utility or the Environmental Protection Agency’s decision to consider carbon dioxide as a pollutant. Congress has the constitutional capability of correcting these excesses; doing so is vital to economic growth. The transformation of the telecommunications and transportation sectors at the end of the last century illustrates the benefits of devolving power from faceless bureaucrats.

In addition, Congress should limit the mandate of the Federal Reserve to one purpose: maintaining a stable monetary supply with well-articulated targets. Over the last few years, the central bank has contributed to punting the economic consequences of federal deficit spending by purchasing vast quantities of government bonds with newly created money. This artificial demand for government bonds keeps the rates of interest the government pays on these bonds artificially low. When the day of reckoning comes on the current $18.2 trillion in debt, it won’t be pretty.

Furthermore, reining in the Federal Reserve will reduce the possibility of creating new asset bubbles. And, diminishing the prospects of overt manipulation of interest rates will allow more efficient economic growth by allowing interest rates to properly indicate the direction in which capital should flow. The Fed’s morphing into a central planning role is stunting growth.

Lastly, the booms that followed the Kennedy and Reagan tax cuts illustrate the power of allowing investors and workers to keep more of what they earn to spend, save, and invest. Kennedy’s tax cuts (actually signed into law by President Johnson) slashed rates by 20 percent across the board—including dropping the top rate from 91 percent to 71 percent. Corporate tax rates were cut as well, from 52 percent to 48 percent. What happened? From the first quarter of 1964 through late 1969, the economy grew an average of 4.94 percent per year. And as articulated earlier, the Reagan tax cuts produced similar results.

It’s time we do the same—and make the anemic performance of the last six years a relic of the past.