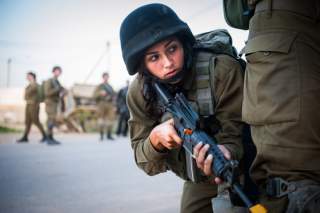 With so many crises in the world, why should the United States care about the future of urban warfare?

Simply put, that is where people—to both protect and fight—and most of American interests will be. As the National Intelligence Council’s Global Trends 2030 report noted, 60 percent of the world will live in cities by 2030, a marked increase from the 47 percent at the end of the twentieth century. Where the people go, so will the centers of gravity for “government, commerce, communications, and transportation activity.” In other words, if the United States wants to secure its interests in the future, it must do so in cities.

The rise of megacities, urban areas with populations of 10 million or more, significantly complicates fighting in urban terrain. While some of the largest cities in the world (projected in 2030) are relatively secure—Tokyo, Shanghai and Beijing—others, like New Delhi, Karachi and Lagos, will likely be centers of unrest. As cities grow to megacity status, we should expect this urbanization to strain urban municipal infrastructure and create divisions in society, all of which will lead to greater socio-economic and socio-political friction, thereby generating a greater chance of conflict. Cities with a poor governance track record will fail as those problems become more troublesome.

Poor governance in great urban areas will become a fertile breeding ground for organized crime, terrorism and other forms of violence. They will threaten the interests of locals, the United States, its partners and allies. Indeed, as instability will be more prevalent than stability in the near future, the United States and its friends will be called upon more often than not to restore order. Despite their conventional superiority, mega-urban terrain will be a great equalizer for the adversary.

In these battle spaces, forces can enter easily, but will be harder to extract; ambushes will be easier to conduct and more prevalent; foot soldiers will conduct most of the fighting; the terrain favors defense; and the mobility advantage professional militaries have is lost. All of this allows usually weaker forces to impose a significant challenge to America and its coalition as the fighting becomes very personal: street-to-street, door-to-door, eye-to-eye.

In a sense, the age of urban warfare is already here. Mogadishu, parts of Iraq, and even the Charlie Hebdo attacks in Paris provide glimpses of the kind of conflict that will be more frequent, more complicated and more “recordable,” due to the proliferation of handheld technologies. Failure to adapt to this reality will weaken the ability of the American military to be an effective tool of statecraft and will thus weaken American overall power. Adequately preparing for success in these new urban conflicts will require focused education and decentralized leadership, the integration of new technologies and the ability to build and lead a military and civilian network.

How can the United States prepare its troops for the large-scale urban fights of the near future? As with most challenges to the U.S. military, it starts with educating soldiers and Marines. Companies and battalions will be called upon to enter the megacity battlespace. In these units, the leader has nearly full control. Therefore, the leader must be well-trained and educated to make split-second decisions in ambiguous circumstances, balancing the best tactical decisions with cultural and regional dynamics of the city. More than ever, agility, resilience and aptitude must be ingrained and cultivated among the ranks. Success in an urban battle can hinge on a company or battalion commander’s decision, so the military must ensure it puts the right people with the right background in charge. They will have to aptly deal with a new form of limited warfare where the amount of targets per sortie matters, and where those targets are harder to find, but easier to kill.

In war, though, wits are not enough. The troop must be well equipped with the most useful technologies and trained in the tactics that will be most effective in the future environment. In addition to carrying light arms for agile, lethal movement, ground forces will need three categories of equipment: 1) sensors, video and tags; 2) command, control and communication systems with low interception rates; and 3) 3-dimensional technologies like printing and visualization tools. To make sure the troops arrive at the battlespace, the military will need to invest heavily in amphibious capabilities, since many of these megacities will be in littoral areas. The military must also work very closely with the defense industry to get the requisite materials necessary for troops to win. However, complicating matters, nonstate actors will have easier access to advanced technologies once monopolized by states. The United States must be sure it has precise intelligence to understand the technological capabilities of the adversary and work to stay ahead.

On a more strategic level, the United States must realize it can only win battles in megacities with its allies and partners. However, many friends of the United States do not have the experience and capabilities of America to fight in cities, let alone sprawling ones. The United States will have to build ally capacity in this space via defense materiel cooperation, training, exercises and more. As important as these allies and partners are, the United States should also look to be the hub of a network of nonmilitary actors to solve urban security challenges such as governance, policing, service functions and more. That means the military must work with civilian leaders on the ground for governance and humanitarian purposes; with locals who understand the terrain and culture better than any foreign actor could; and lead the coordination between all parties working toward victory. To do all this, it will require the military to be a central part of megacity crisis response, but also keep in mind that the armed solution is not the only answer to every megacity problem.

With so much going on in the world, it is understandable why some may think it is not worth spending time and treasure to prepare for the urban conflicts of the near future. I heartily disagree. The signs of urban warfare are showing and are only getting stronger (consider the fights now against ISIS and those planned for the future). There is not a lot of time for the military to work on identifying and training its next batch of resolute leaders who will solve these complex problems. More to the point, there is not a lot of time for the world to prepare for what will drive global conflict—and thereby human suffering—in the world of tomorrow. Working now to keep megacities secure will avoid greater security problems in the future.