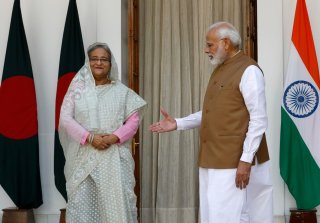 On May 12, in a sharp rebuke to Bangladesh, Beijing’s representative to Dhaka, Li Jiming, warned Bangladesh that their bilateral ties would undergo “substantial damage” if Dhaka joins or backs the Quadrilateral Security Dialogue (Quad). Comprising India, Japan, the United States, and Australia, the Quad has quickly become a key grouping in the Indo-Pacific that promotes a shared vision of a rules-based order and seeks to manage (if not counter) Chinese belligerence. Beijing has been overtly critical of the grouping as an “exclusive clique” reminiscent of “cold war politics” being led by the United States in an attempt to contain China. The tone of Li Jiming’s remarks vis-à-vis Bangladesh’s ascension to the framework is, therefore, not out of character.

Yet, the assertion comes as a rather premature statement, considering there has been little indication of such a development. With China’s reactions to geopolitical events rarely made public through official statements (unless Beijing is directly linked to the dispute), Li Jiming’s remarks come as an insight into China’s concerns over the Quad’s growing sphere of influence. Why is Beijing concerned over Bangladesh’s involvement with the Quad? How would such a development challenge China’s strategic designs in the region?

Bangladesh forms a critical part of China’s strategic focus on South Asia; Beijing and Dhaka share over forty-five years of diplomatic ties which have grown exponentially into a “long-term friendship.” The bilateral relationship became a “strategic, cooperative partnership” post-Bangladesh’s inclusion in the Belt and Road Initiative (BRI) in 2016 which has resulted in several projects. Bangladesh’s importance in China’s South Asian strategy was also visible in Chinese Defence Minister Wei Fenghe’s visit to Dhaka to further military and defense ties and further unite against “powers outside the region setting up military alliance[s].”

Dhaka, for its part, has sought a geopolitical balance between India and China driven by its national interests. For example, although it has been a prime recipient of Indian-manufactured vaccines, uncertainties of vaccine supply amid a worsening pandemic situation in India caused Bangladesh to deepen cooperation with Beijing. In April 2021, Dhaka joined a China-led foreign ministerial-level initiative to tackle Covid-19, alongside South Asian states Sri Lanka, Nepal, Afghanistan, and Pakistan. This follows previous Chinese aid to Bangladesh, including a gift of 50,000 vaccine doses, as part of its Health Silk Road (HSR) outreach. As a small power state between two great regional powers, Bangladesh has sought to hedge between India and China —like with the Teesta River issue. When Delhi-Dhaka water-sharing negotiations largely failed, Bangladesh turned to China to secure a $1 billion engineering project.

Despite such strong China-Bangladesh ties, Bangladesh’s Foreign Minister AK Abdul Momen reacted sharply to China’s comments on a “Bangladesh plus Quad,” making it clear that as an “independent and sovereign state,” Dhaka has the right to decide its foreign policy along the lines of its own national interests. Concurrently, he also clarified that neither of the Quad states—comprising Australia, India, Japan, and the United States—have reached out to Dhaka asking it to be a part of the framework; China’s reaction has hence been “unexpected.”

China’s premature remarks draw from its fears of losing its political clout in Dhaka, fueled by concerns of continued synergy in Bangladesh-India and Bangladesh-Japan ties, which have been growing despite the China variable. Prime Minister Narendra Modi’s visit to Bangladesh in March 2021—wherein he was honored as the chief guest for celebrations of Bangladesh’s fiftieth anniversary of independence—highlighted such continued solidarity between Delhi and Dhaka. Notably, Delhi and Dhaka finalized five memoranda of understandings pertaining to the Teesta River, alongside a $1 billion credit line for its Rooppur Nuclear Power Plant project. In other words, Beijing is deeply unsettled that a “Quad plus Bangladesh” could inherently challenge China’s strategic outreach in South Asia and act as a catalyst for a new trend in the region by effectively enabling the Quad’s expansion. As India and China increasingly compete for influence, Bangladesh’s induction in the Quad framework would signal its firm alignments with India and the United States.

The creation of a “Bangladesh plus Quad” mechanism would also pose a critical challenge to China’s BRI activities in the region, which have already been somewhat stagnant since the onset of the pandemic. Despite China’s continued attempts via the HSR to reclaim its global image, local authorities in Bangladesh have begun to question the practicality and viability of BRI projects when the country is already hit hard economically. Still, Chinese aid remains vital to filling Bangladesh’s massive infrastructure and developmental needs. Since 2016, China has committed around $1.4 billion in loans and disbursed around $880 million approximately. It is also Bangladesh’s largest foreign direct investment (FDI) source ($1.159 billion in fiscal year 2018-19), with particularly massive investments in its energy sector.

Nevertheless, Bangladesh is well aware that Chinese aid and loans are designed to expand Beijing’s influence and tilt the regional power balance. They aim to cast a shadow over Bangladesh’s historically-rooted ties with India and threaten New Delhi’s position as Dhaka’s leading partner. India’s opposition to the BRI, as well as prominent examples of China’s “debt trap” diplomacy under the initiative, have given Dhaka reason to pause and move more cautiously in its reliance on Beijing. The case of Hambantota port in Sri Lanka has been a massive source of concern; Bangladesh’s caution is evident in the halted Bangladesh-China-India-Myanmar (BCIM) economic corridor, which proposes to connect eastern/southern China (Yunnan) to South Asia. Although initially recognized as a central pilot project under the BRI—with a focus on trade, transport, and tourism—the BCIM has been consistently challenged and repeatedly delayed. In April 2019, it was entirely omitted from the list of undertakings under the BRI umbrella, and although it was later revived in June 2019, its future remains highly uncertain amid India-China tensions and the changing geopolitical and geo-economic environment in the region.

Tokyo’s Rise in the Bay of Bengal

Importantly, Bangladesh has also emerged as a major focus on India-Japan third country cooperation. Even as the future of BCIM remains uncertain, Japan’s Expanded Partnership for Quality Infrastructure (EPQI) has grown with Tokyo becoming one of the most important development partners of both South Asian and Southeast Asian states. Via EPQI, Japan has also implemented an “India-plus” approach towards South Asia, building on the robust India-Japan partnership to further EPQI across South Asia.

Japan’s Ministry of Foreign Affairs has termed Bangladesh as the “intersection between India and ASEAN”; here, Japan’s investment in India’s northeastern region is poised to play a major role in linking the same to Myanmar and Bangladesh via projects like the Kaladan Multi-Modal Transport Corridor. This also links to India’s leadership role in Bangladesh, Bhutan, Nepal, Myanmar, Sri Lanka, and Thailand (together with India constituting the Bay of Bengal Initiative for Multi-Sectoral Technical and Economic Cooperation (BIMSTEC). For BIMSTEC, India’s northeast region is vital as it provides a link to South and Southeast Asia; Japan has become crucial to the region’s development with collaborative efforts between BIMSTEC states and Japan having immense potential for growth. BIMSTEC takes center-stage especially as Bangladesh’s importance to the Bay of Bengal (which it shares with India and Myanmar) grows, with India worried that deeper BRI integration with China could lead to a future where, under a “debt trap,” Bangladesh becomes a site of Chinese maritime ports. Notably, Japan finances the Matarbari port project in the Bay of Bengal Industrial Growth Belt, which forms an important strategic foothold to promote Japan (and the Quad’s) free, open, and secure Indo-Pacific vision.

With India’s outright rejection of the BRI and Myanmar’s internal crisis already posing as hindrances to the Bangladesh-China-India-Myanmar economic corridor, Bangladesh remained the only active participant in the corridor. However, a “Bangladesh plus Quad” would all but ensure that the BCIM is no longer viable as Dhaka would likely seek deeper developmental partnerships with partners like India and Japan. Although Chinese aid is undoubtedly key for Bangladesh, it falls short of collective aid by other entities such as Japan, the Tokyo-led Asian Development Bank (ADB), and the International Development Association. From 2016-2018, these donors made the largest development finance commitments to Bangladesh with almost $17 billion combined. Japan and Bangladesh share long diplomatic ties; as both states gear up to celebrate fifty years of ties, the Japan International Cooperation Agency (JICA) pledged to continue supporting “infrastructure and social development sectors” through several mega projects in energy, education, and transport domains (among others). In other words, Japan’s prevailing outreach in Bangladesh is worrying Beijing for some time now, and the latest Chinese expression to warn Dhaka is a reflection of that.

Chinese aid, while substantial, is accompanied by political connotations and conditions; on the other hand, Japan and institutional partners like the ADB can offer equivalent aid on fairer and transparent terms, without debt trap concerns. Dhaka was pushed to accept Chinese financing amid the absence of Western aid (such as in the case of Padma bridge where the World Bank pulled out over corruption allegations). However, amidst the pandemic, Bangladesh has been witness to Chinese aggression and “wolf-warrior” style of diplomacy, and is, therefore, even more wary of Beijing’s growing influence in its internal matters. Li Jiming’s remarks on a “Bangladesh plus Quad” are a prime example of this. Under such conditions, China is concerned that its political clout in the country is under threat.