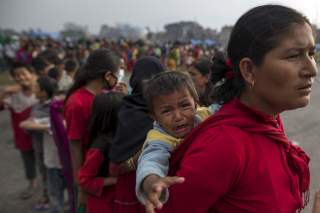 Critics of President Donald Trump’s slowdown in refugee resettlement have gone beyond humanitarian arguments to claim that refugees are a fiscal boon to the country. But the idea that refugees pay more in taxes than they use in services is simply not supported by the available evidence. It is true that refugees from earlier generations were often well educated but those arriving today have fewer than nine years of schooling on average. All prior research indicates that the education level of immigrants is the key determinant of their fiscal impact. Given their education levels, it is simply not reasonable to expect today’s refugees to be net fiscal contributors.

Of course, we do not admit refugees because they are thought to have a positive fiscal impact; we do so for humanitarian reasons. But the cost of resettling refugees in the United States is relevant given that public funds are always limited. New analysis written by Jason Richwine, Karen Ziegler, and myself, finds that the average refugee's lifetime fiscal cost (taxes paid minus services used) is $60,000, with those entering as adults (ages twenty-five to sixty-four) costing about $133,000 each.

Our work is based on a model developed by the National Academies of Sciences, Engineering, and Medicine that projects an immigrant’s fiscal impact by education and entry age. We add in some of the costs of administering the refugee program and the immediate welfare eligibility of refugees. (Unlike refugees, most immigrants have to be legal permanent residents for five years before accessing programs such as food stamps and Medicaid.) The estimate is expressed as a “net present value,” which means future costs are reduced to reflect the fact that money received or owed in the future is not as valuable as money today.  This type of estimate is common in studies of this kind.

One can certainly argue that the impact refugees have on public coffers is the price the country should be willing to pay to further its humanitarian goals. But is resettlement in the United States the most efficient use of our money? Consider that 557,000 refugees were settled in the country during the Obama administration. Applying our cost estimate to this number would mean the program during those eight years created more than $33 billion in net costs for public coffers. In 2019, the entire budget for the United Nations High Commission for Refugees, which helps tens of millions of refugees and displaced people around the world, was less than $9 billion. The money we are spending to help a tiny share of all refugees resettle in the United States could conceivably go a long way in helping many more people abroad.

We know that refugee resettlement in the United States is costly because each year the government surveys them and asks them about their education level, income, school enrollment, etc. The 2016 Annual Survey of Refugees found that one in three refugees between the ages of twenty-five and sixty-four who had arrived in the prior five years had no education beyond the sixth grade. Some 53 percent lacked a high school diploma, compared to 7 percent of U.S. natives in the same age range. Despite the disparity, just 7 percent of recent refugees between the ages of twenty-five and sixty-four were pursuing a degree of any kind.

Given this skill profile, one can wonder how anyone would think they are a fiscal boon. Advocates for more refugees often cite two studies that seem to show this is the case. The first is a working paper by William Evans and Daniel Fitzgerald, who found that each refugee pays an average of $21,000 more in taxes than he or she receives in benefits over the first twenty years in the United States. But any income or skill group can appear to be a net fiscal contributor if enough costs are excluded. Evans and Fitzgerald count nearly all of the taxes paid by refugees, but reduce the services they receive to just six social programs—cash welfare, SSI, Social Security, food stamps, Medicare, and Medicaid. All other costs that governments might incur from immigration—public education, housing, infrastructure, law enforcement, and so on—were not included in their study.

The second report cited by advocates is an unpublished and apparently unfinished report from the Department of Health and Human Services (HHS) that was leaked to the press. It shows that refugees created a net fiscal benefit of $63 billion between 2005 and 2014. The HHS report is a stronger effort, but it still excludes "congestible" public goods, such as police protection and road maintenance. As a result, the study comes to the odd conclusion that almost everyone is a net fiscal contributor—even though the federal government has been running a deficit for years, and most states are perpetually cash-strapped.

Beyond excluded costs, both studies have a larger interpretive problem. To be relevant to the current debate, one must assume that today's refugees are just like yesterday's refugees because both studies lumped refugees who arrived years ago with recent arrivals. However, the Cubans, South Vietnamese, Soviet dissidents, and Eastern Europeans who came decades ago were often part of their countries’ elite. Today, refugees come mainly from less-developed parts of the Middle East, Africa and South Asia. The difference is evident in the education data published by the Office of Refugee Resettlement (ORR) in 1995 vs. 2015.

The data show that the education level of refugees declined both in absolute terms and relative to natives. (We use 2015 data in this case because of the 2016 revamp of the survey breaks comparability with earlier years.) It shows that the fraction of new refugees without a high school diploma increased from 36 percent to 51 percent between 1995 and 2015, while it decreased from 20 percent to 13 percent for natives over the same time period.  In 1995, 15 percent of newly arrived refugees had a college education—only 5 percentage points less than natives at that time. By 2015, only 8 percent of new refugees had arrived with a college degree—21 percentage points less than natives. Grouping refugees who came decades ago with those of today masks important differences. Because the places from which the United States is likely to take refugees for the foreseeable future are some of the poorest and least developed parts of the world, it is extremely likely that future refugees will have very modest levels of education.

Sentimentality is natural and ever-present when it comes to an issue like immigration, but it should not prevent us from understanding that countries such as the United States face a choice: we can help a tiny share of the world’s refugees who win what might be called the “migration lottery” and are resettled here or we can devote the limited resources available to help potentially millions of people overseas in or near their home countries. The approach also makes it more likely that displaced people will return to their own homes if the situation improves in their countries. There are more than seventy million people displaced in the world. While not all are considered refugees by the UN, their circumstances are quite dire in many cases. If the goal is to help as many people as possible, then overseas assistance may provide a greater return on public money than resettling people here.

Steven Camarota is director of research at the Center for Immigration Studies.