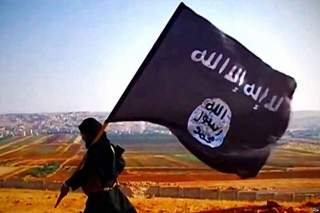 That’s not necessarily to say that the average American thinks fearfully about ISIS on a daily basis. But it means that a substantial number of Americans are primed to do something about the group. Given their predisposition, a high-profile attack by ISIS-inspired terrorists could trigger unignorable pressure on our leaders to attack ISIS more aggressively.

But an overly aggressive reaction to ISIS would do little to address the real problem. Unfortunately, the threat posed by ISIS is the new normal and it will persist for the foreseeable future, even if the United States could crush the group. Any plan to fight ISIS must therefore fit within a broader strategy to counter Islamic extremism over the long haul. This strategy should emphasize avoiding high-profile military operations, cultivating likeminded international partners, and—critically—building Americans’ resilience to terrorist attacks.

The attention being devoted to ISIS by the American public isn’t without reason. The group has shown limited serious interest and ability to sponsor sophisticated attacks against the United States. However, reports that ISIS or an affiliate downed the Russian Metrojet Flight 9268 indicate that concerns about ISIS conducting a devastating attack against U.S. citizens, especially while abroad, are not unfounded. Moreover, ISIS-inspired lone wolf attackers have already conducted mass shootings on American soil. These attacks will likely continue, each killing anywhere from a few to dozens of American civilians. And while they are relatively low-level acts of violence when compared to the sophisticated 9/11 attacks, they will continue to seed fear in our communities.

ISIS further threatens the security and stability of American allies in Europe. As of last August, ISIS-inspired terrorists have attacked civilians in Belgium, Denmark, France, Germany, Italy, Spain and the United Kingdom. In addition, ISIS is an integral part of the Syrian civil war that is sending droves of refugees into eastern and central Europe, spurring ethno-nationalist reactions that accelerate the radicalization of vulnerable populations. This comes at a particularly bad time, when the United States needs its allies to show unified resolve in the face of Russian revanchism.

In addition, ISIS and its affiliates are fueling instability across the Middle East by exploiting ungoverned spaces and politically disenfranchised populations from Iraq to Libya. They are also placing enormous political pressure on U.S. partners in places like Egypt, Saudi Arabia, Jordan and Turkey. This is not to mention the staggering humanitarian costs of ISIS’ actions.

The ISIS threat is thus real and deserving of a response. But the response must be proportionate to the threat and it must be sustainable. The United States must always be willing to take extraordinary measures to deal with extraordinary threats. But ISIS does not represent an extraordinary threat. It will not be the last Islamic extremist group—and in particular, Sunni Islamic extremist group—to send tremors through the Middle East, bring tumult to European shores, or threaten U.S. citizens at home.

Indeed, this type of threat is likely to persist for the foreseeable future as the Middle East political landscape reorganizes itself violently and Sunnis negotiate internal divisions over the proper relationship between Islam and modernity. In contrast, new challenges to U.S. interests in Europe and East Asia suggest that truly extraordinary threats completely unrelated to Islamic extremism may require serious U.S. attention in the coming years, further underscoring the need to see ISIS in strategic context and treat it proportionately.

A U.S. plan to combat ISIS must therefore fit within a long-term strategy to counter Islamic extremism. The strategy should deny sanctuary to extremist organizations in the physical and human terrain where they reside, and attack their transnational operations, especially in the cyber and financial realms. It should also seek to positively shape the sociopolitical environment that gives rise to these groups, especially by helping to create political space for moderate—though not necessarily pro-American—Islamic voices. And, it must do it all at a sustainable cost in American lives and resources over an indefinite period of time.

To achieve these objectives, the United States should first shy away from high-profile military operations to deny extremists operating space and impose order in ungoverned spaces. These operations are extremely hard to get right, and their costs are equally difficult to predict, especially in terms of regional blowback. This is even true of operations that fall short of full military invasions. For instance, the insertion of tens of thousands of additional U.S. troops in Iraq—even for purely (or at least, stated) advisory purposes—could trigger sectarian blowback by Shia militias and Iraqi nationalists. This, in turn, could inadvertently provide ISIS with more operating space. The United States would find itself in a new Middle East quagmire, forced to either suffer these attacks, expand its mission to deal with the new aggressors, or roll back its presence at the cost of lives and its credibility. This isn’t to say that such measures shouldn’t be undertaken to mitigate an extraordinary threat or if their success is probable; but short of either of these conditions, great caution must be observed.

Instead, a successful long-term strategy to counter Islamic extremism will recognize that staying power—the ability to apply continuous pressure on extremist groups for an indefinite period of time while avoiding significant blowback—is the key to victory. Military power will inevitably be needed to set the context for political efforts in certain circumstances. It may also be useful for continuously disrupting extremist network operations, as a way to manage rather than solve the problem in some cases. But as the democratization of information and violence gives groups and individuals unprecedented ability to inspire movements, build networks and take on state authorities, non-military means must be primary.

Next, the United States must lean more on its allies and partners, especially in Europe and the Middle East, all of whom are threatened by the spread of Islamic extremism and should therefore bear the costs of fighting it. These countries are also far better attuned the human terrain within their borders, giving them an advantage when it comes to identifying and rolling up bad actors and networks. Unfortunately, however, much work remains to be done to align U.S. and partner perspectives on the urgency of the task and best methods for countering Islamic extremism.

On one hand, some partner nations simply do not prioritize fighting Islamic extremism and persuading them otherwise is no easy task. For example, Turkey and Saudi Arabia have backed extremist groups in Syria because they see them as less of a threat than Kurdish nationalism and Iran’s resurgence, respectively. To rearrange these partners’ priorities, American leaders might incentivize cooperation through greater military aid. But Saudi Arabia’s ongoing commitment to its extremist proxies in the Syrian Civil War demonstrates this approach’s limitations.

Conversely, U.S. policymakers could induce cooperation through the threat of withholding assistance. But this could permanently harm U.S. relations with these countries and cause them to act unilaterally—such as by lashing out at the Kurds or Iran—in ways that further undermine regional stability. The United States might also seek to win these partners’ support against Islamic extremism by offering stronger assistance for their national security priorities in exchange for their commitment to ours. But if we do even approximately as much as is asked by Saudi Arabia, for instance, to hamstring Iran’s rise, we risk stoking an even wider regional sectarian conflagration that could actually accelerate radicalization in certain places and create even worse problems in others.

On the other hand, persuading regional partners to prioritize countering Islamic extremism isn’t the only problem. Partner nations like Egypt do prioritize fighting extremists. But their short-sighted efforts to suppress radical Islamists (real or perceived) come at the cost of finding and implementing lasting counters to Islamic extremism. The challenge for the United States is to secure buy-in from partners like Egypt for creating political space for moderate Islamist groups in order to incentivize disaffected Islamists to work within the political fold rather than resorting to violence. Securing buy-in, however, like rearranging other partners’ priorities, will require deft handling and sacrifice on other objectives, to say the least. Ultimately, the best path for the United States might be to weather the storm until an opportunity arises—such as a series of massive attacks in Turkey that are firmly attributed to ISIS or a campaign of violence in Egypt that the state’s repressive tactics cannot handle—that organically brings U.S. and partner nations’ interests closer together. Indeed, in many cases, weathering the storm will likely be the least worst option.

Finally—and critically—U.S. leaders must work across the aisle to reshape the public dialogue about Islamic extremism and seek to cultivate social resilience to the abiding threat of low-level violence at the hands of extremists. Improving the American public’s resilience to terrorist attacks will enable U.S. policymakers to pursue measured responses to crises that support rather than undercut long-term efforts to counter Islamic extremism. This is essential because, no matter the success that the United States finds with this strategy, there is no perfect solution to the problem and some Islamic extremists will inevitably attempt to attack the United States and periodically succeed, particularly with mass shootings. This is the reality we live in for the foreseeable future and to which we must adjust our thinking.