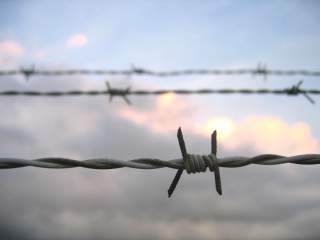 Human trafficking is big business. It generates profits of nearly $150 billion annually. Yet because it is a black market activity, it is extremely difficult to track.

The 2016 Global Slavery Index, recently issued by The Walk Free Foundation, estimates there are 45.8 million victims of human trafficking worldwide—nearly 10 million more than estimated in the 2015 report. Andrew Forrest, the foundation’s founder, attributes the apparent increase in victims to improved methodology and to global instability that increases vulnerabilities to human trafficking. According to the Index, Asia remains a hotbed of human trafficking. Fifty-eight percent of all human trafficking victims live in just five Asian countries: India, China, Pakistan, Bangladesh and Uzbekistan. India alone is estimated to have more than 18 million victims, and at least four percent of North Korea’s population is enslaved.

The Index has come under fire for having questionable methodology. The Walk Free Foundation collaborates with Gallup, conducting twenty-five surveys and interviewing over 42,000 people, to compile the data from which it extrapolates to make its estimates. But at the very least, it represents a good-faith effort to quantify the problem. And Walk Free’s work is needed. Despite sixteen years of concerted anti-trafficking efforts—there is still no reliable, comprehensive governmental data source on human trafficking.

In the United States, the State Department’s Office to Monitor and Combat Trafficking in is charged with producing an annual report that rates countries for their compliance with anti-trafficking standards. But the Trafficking in Persons (TIP) report has no empirical component. It simply assigns rankings based on compliance with minimum standards for combatting human trafficking, as opposed to the relative magnitude of a given country’s trafficking problem. One of the few data sets used in the TIP report is drawn from global law enforcement reports of the number of traffickers prosecuted and convicted and the number of victims rescued. The 2015 TIP report found that fewer than 45,000 victims of trafficking were rescued in 2014. If one accepts the 2016 Global Slavery Index estimate, only 0.1 percent of trafficking victims were rescued in 2014.

These numbers deserve attention for several reasons. First, they suggest that current antitrafficking methods are not very effective. Governments, NGOs and civil society activists should pause to consider how best to recalibrate antitrafficking policy so that more victims can be saved. Second, Global Slavery Index suggests that the human trafficking problem is getting exponentially worse. Its estimates of those victimized have risen from around 30 million in 2013 to over 45 million just three years later. Certainly, the new methodologies applied by Walk Free to its index deserve serious scrutiny and evaluation. But if they hold up, it will be imperative to understand the underlying causes driving the apparent spike in trafficking. But numbers aren’t everything. Trafficking victims are real people, and simply quantifying their plight solves nothing. To end this global scourge, it will take skilled policy analysts, activists and servant-hearted individuals to rally and focus meaningful action by the international community.

Here are three things that can and should be done in the short term: First, we need more reliable data and empirics. Each year, the Global Slavery Index has worked to hone its methodology and improve the reliability of its statistics. But it takes more than one organization to ensure the accuracy of antitrafficking figures. Civil society, academia, other antitrafficking NGOs and even the TIP report itself could place greater emphasis on collecting accurate statistics. Such efforts would not only galvanize international action, but could also reshape anti-trafficking policy. Additionally, such empirics could complement the TIP report and help make its country ratings more objective.

Second, the international community should pivot from awareness-building and focus on improving the enforcement of antitrafficking law. Human trafficking is no longer a seldom discussed problem; it’s a high-profile global issue. Today, 124 countries have laws that comply with the anti-trafficking standards outlined in the Palermo Protocol. But laws without enforcement cannot end modern slavery. There is a clear link between promotion of rule of law, or economic freedom, and reductions in human trafficking. Rule of law solutions implemented by International Justice Mission (IJM), an antitrafficking NGO, have a proven track record. IJM’s work in Cebu, Philippines, for example, documented a 79 percent decrease in the number of minors available for commercial sex.

Finally, not only do laws need to be enforced, the stakes should be raised as well. Human trafficking is a crime of opportunity. As long as criminals view exploiting human beings as a low risk, high-reward opportunity, they will continue to engage in trafficking. The U.S. Department of Treasury should use the tools already at its disposal to raise the cost (i.e., lower the reward) of human trafficking. Specifically, it should place human traffickers on the Specially Designated Nationals List and use Section 311 of the USA Patriot Act, the primary money laundering concern designation, to target human traffickers and their profits.

Human trafficking affects real people—a fact that accurate numbers help to enforce. Efforts to improve the empirical data available on human trafficking are commendable, but now the international community must coalesce not just to improve the accuracy of the numbers, but to discern the narrative that the numbers are trying to tell, and to work smarter to free the victims of this heinous crime.

Olivia Enos is a research associate in The Heritage Foundation’s Asian Studies Center.