A Better Way to Sell Citizenship 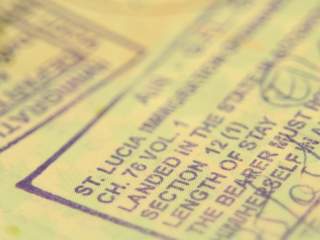 Last October, the Caribbean island nation of St. Lucia announced it would launch a citizenship-by-investment program, or CIP. Individuals with at least $3 million in assets can now obtain St. Lucia citizenship by investing $200,000 in a sovereign fund, $300,000 in real estate or $500,000 in government bonds. St. Lucia thus joins a growing number of countries looking to attract capital through programs that cater to high-net worth individuals seeking mobility, including access to visa-free travel, economic stability and better quality of life. The programs are central to the concept of “global citizenship”—an intriguing but vague marketing term that refers to a growing cadre of wealthy multiple passport holders who move easily across borders and tax jurisdictions.

This trend started in 1984 when, in a bid to spur foreign investment, St. Kitts and Nevis became the world’s first country to allow foreign investors to obtain citizenship. Canada subsequently launched a residence-by-investment program in 1986, which attracted thousands of investors before it was closed last year. Others have since followed suit, including such economic heavyweights as the United States in 1990 and the United Kingdom in 1994. Seven countries, mostly small states such as Antigua and Barbuda, Dominica, and Grenada now offer citizenship, and dozens offer residency, in exchange for high-level investment.

CIP programs remain a niche phenomenon for the super rich but may occasionally become subject to exploitation, creating security challenges that threaten to outweigh some of the benefits they seek to bestow.

In May 2014 the U.S. Department of Treasury’s Financial Crimes Enforcement Network (or FINCEN) issued an advisory that certain foreign individuals were abusing the St. Kitts citizenship-by-investment program for the purpose of illicit financial activity. FINCEN did not name anyone, but in 2014 Treasury’s Office of Foreign Asset Controls repeatedly sanctioned Iranian nationals who held St. Kitts passports. Eventually, St. Kitts had to recall 16,000 passports. As a result, all St. Kitts citizens lost their visa-free access to Canada, and the country’s risk ratings and reputation took a hit.

None of this should be surprising: The rise of CIPs does not only appeal to the honestly affluent. The possibility to acquire, legally, a foreign passport must be a dream comes true for those involved in international money laundering and potentially illicit finance.

Thus, St. Lucia’s announcement occurs in a shifting environment of economic and security norms. How can the island country avoid becoming a loophole for tax evasion, money laundering, sanctions evasion and terror finance?

The answer to this challenge depends on St. Lucia’s willingness to adopt stringent due-diligence standards for vetting its applications. But it also requires that stakeholders in the vetting process—banks, governments and service providers—uphold the same standards across the supply chain, including stronger verification on the provenance of funds. Equally, governments must be able and willing to share information to ensure that their programs do not succumb to abuse by becoming a convenient cover for illicit activities. They must not yield to the temptation—driven by the prospect of a steady flow of applications and their resulting funds—of fast-tracking candidates without looking too deep into their pockets and their past record. Much like the requirements now incumbent upon commercial banks to prohibit payments to individuals, entities and regimes sanctioned by the United States, EU and UN, financial institutions must exercise caution to ensure they are not facilitators of illicit finance.

Citizenship-investment-programs are a vital source of GDP for countries contending with fragile, undiversified economies, and with them the potential for mass out-migration. The steady flow of investment in exchange for passports is a way to offset some of this risk and comes with little apparent consequence: most new citizens invest into their new country’s economy but never set foot there. But citizenship—a privilege traditionally bestowed through birth, kinship and residence—has implied a bond of loyalty involving obligations as well as rights. By contrast, CIPs have turned passports into something closer to a commodity with no residence requirements, no civic duties and little reputational hazard.

Risks loom if countries do not subscribe to a transparent process detailing how funds are spent and whether the broader economic and social benefits envisaged from that investment are being achieved. Greater transparency would strengthen public confidence in such programs, significantly mitigating the risk of misappropriated or misallocated funds that can fuel corruption and bribery. Lack of transparency, by contrast, could trigger blacklisting by the international financial community, with potentially devastating economic consequences.

While the list of U.S. -sanctioned individuals with CIP passports is short, such passports are popular among wealthy Middle Easterners (including Iranians), Chinese businessmen and Central Asian tycoons. Evidence of their dual nationality often emerges from company records in offshore jurisdictions such as Hong Kong, Panama and Switzerland.

The bulk of those buying into these CIPs have less sinister motives. A survey by the Economist’s Business Intelligence Unit showed that among their prime motivating factors were quality of life, preferential tax rates, access to education, safety and the benefits of visa-free travel.

Still, there’s a catch. Organized crime, regime cronies and sanctions busters not only covet an extra passport but are also far likelier to afford it than ordinary people in search of a better life.

Given their rising popularity and the centrality of CIPs to small-scale economies, the citizenship-for-investment industry must take concrete steps to ensure these programs are not tainted by financial crimes.

For starters, the industry should adopt a Code of Ethics and Compliance, including know-your-customer practices, and augmenting due diligence. Stronger engagement with law enforcement and a more open dialogue around the policy, regulatory and operational aspects of the industry should also be welcome. Improved cooperation with the intelligence and law-enforcement communities could help prevent future abuse. Global banks have a reservoir of skills and the means to put them to good use in their anti-money laundering and compliance departments. These officials can contribute to cross-referencing applicants through their monitoring means and could help the vetting process, as could government institutions such as the U.S. Treasury.

Governments contemplating CIP strategies must enter into this space with full transparency. How do governments collect and distribute CIP-generated funding and for what purposes? What skills are required to effectively manage a government CIP unit? What is the best possible approach to working with industry partners? What functions should be retained by the government and what can be outsourced without harming the integrity of the process? Countries should jointly develop common standards for due diligence and the exchange of vital information, including through a dedicated platform liaising with governmental and public data. Universal vetting standards that have the endorsement of major countries and thereby ensure the mobility benefits of passports could also be developed.

The taints of corruption, terror finance and money laundering jeopardize the benefits sought by law-abiding applicants for foreign citizenship. Such investors should therefore welcome rather than fear the extra scrutiny that citizenship-for-investment programs urgently require. Mitigating these security risks would then open the way for a much deeper look at how these programs should be structured to bring sustained economic and societal benefits.

Elaine Dezenski is the former head of the World Economic Forum’s anti-corruption program and currently runs an international risk advisory. She is a Board Member at Foundation for Defense of Democracies’ Center on Sanctions and Illicit Finance and also serves on the Board of Advisors of Arton Capital.

Emanuele Ottolenghi is a Senior Fellow at Foundation for Defense of Democracies.