Beware, China: India's Economy Could Have an Even Brighter Future 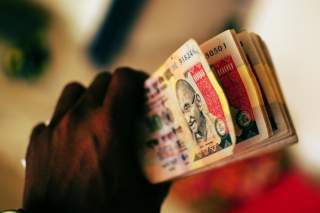 This past May, India’s Hindu nationalist Bharatiya Janata Party (BJP) won a historic mandate in the country’s general election, emerging with 282 of 543 parliamentary seats, more than enough to form a government without having to broker a post-election coalition. BJP head Narendra Modi, borrowing images from the gigantic public-works projects of Communist China, floated the idea of building “a hundred new cities,” of extending a high-speed rail network across the subcontinent and undertaking the environmental cleanup of the Ganges River.

But since the election, however, the results have so far been few. Modi, the former Chief Minister of the western coastal State of Gujarat, has a reputation for delivering on promises of economic development, but also being tough on issues like law and order. In 2002, communal riots in that state saw over 1,000 people killed, most of them Muslims. Many of India’s Muslims are wary of the BJP and Narendra, but about 15 percent of Muslims actually supported him, according to the BJP.

India and its neighbors, such as China, share similarities and notable differences, and also striking ironies. Both are among the most ancient nations in the world, yet are reckoned to be “emerging economies.” Each endured the humiliation of decades of colonial rule, but India emerged from the experience as a democracy while China is an authoritarian communist state. India has a dynamic market-based economy, while China’s economy is essentially a Soviet-style allocation model with sectors, such as housing, that have some degree of freedom.

Mindful of the differences in the two political economies, India’s growth may seem lower than that of China, but a close examination of the comparison is revealing. In 2014, India’s rate of growth in GDP slowed to less than 5 percent, well below the hopes and expectations of investors and analysts. Meanwhile, China claims a growth rate of over 7.5 percent in the second quarter of 2014—if you believe the official statistics. The quality of India’s growth, however, is arguably superior and may suggest bright prospects for the future.

Amartya Sen, a Nobel laureate and professor of economics and philosophy at Harvard, blames the differential in growth rates on “the far greater gap between India and China,” stating it “is in the provision of essential public services—a failing that depresses living standards and is a persistent drag on growth.” But Sen, like many other economists, places far too much credence in the incredible economic statistics issued by Beijing’s rulers, who value political stability more than economic freedom.

Dig a little deeper though and the picture doesn’t appear as favourable for China’s economic prospects vis-a-vis India’s. First, it’s highly probable that China’s GDP growth rate is slowing much more than the fraudulent figures put out by the government (I’m not picking on China here as many governments are guilty of this). Second, credit tightening in China will almost certainly take years rather than months given the boom which preceded it. Third, Chinese economic reform will be a drag on growth in the near-term, as can already be evidenced by the crackdown on corruption and its impact on retail consumption.

The key aspect of the China-India comparison is that the former is a highly controlled society where market forces play little role in the country’s economic life. India is a chaotic, messy democracy where social upheaval is a regular feature of the social fabric—but is accepted as such. China’s rulers, on the other hand, fear social unrest, as illustrated by the protests in Tiananmen Square, which were crushed by the People’s Liberation Army on June 4, 1989. So fragile was the Chinese Communist rulers’ grip on power that they used armed troops to suppress a demonstration that originated with public antipathy to rising food prices.

Whereas China’s economic growth is largely a function of increased government spending and debt, India’s economy actually has a largely free market dynamic that is closer to the democratic market economies in the United States and Europe. Comparing growth in India and China is truly equating apples and oranges in an economic sense, but few Western observers appreciate the distinction.

The fact is that China continues to embrace a largely centralized, Soviet-style model of economic development, while India has gradually reduced government intervention in the economy. China builds roads and cities using government spending, while India encourages "soft" infrastructure businesses—those in which private capital and intellectual property matter more—such as in software, biotechnology or services industries, such as advertising.

“These companies, which emerged with little government assistance, have helped propel the [Indian] economy,” notes Jayant Sinha, writing in the McKinsey Quarterly a decade ago. “GDP growth stood at 8.3 percent in 2003, up from 4.3 percent in 2002. But India's level of foreign direct investment—$4.7 billion in 2003, up from $3 billion in 2002—is a fraction of China's.”

Not much has changed in terms of India’s willingness to welcome foreign capital in a decade. Many observers point to the huge influx of foreign direct investment into China as the differentiating factor in economic comparisons with India. But the ability to drive infrastructure developments via government spending is not the same thing as creating a sustainable ecosystem to support true private-sector growth. Whereas China’s banking system is a function of the state’s finances, India’s banking system is diverse, with literally thousands of small- and medium-sized private depository institutions providing credit to the economy.

The economist Gary Shilling, speaking to this writer during a trip to Maine organized by Cumberland Advisors, argues that India’s diverse private sector and relatively free legal and political system, give the nation enormous advantages over China. “India’s people speak English. They have large private companies and industries. It is all fine to drive growth via government spending as China does, but then what do you do?” He notes that China’s economy remains export-driven, with consumers accounting for only 38 percent of gross domestic product, far below the levels of many developing and developed countries, such as India.

Shilling noted in a comment entitled “Why India Will Displace China as Global Growth Engine,” Bloomberg View in 2012:

Several centuries of British colonial rule left India with a vigorous democracy and a parliamentary form of government. As in the U.S., these kinds of institutions are very well adapted to running a large, religiously diverse country where the central government is constrained by increasingly powerful states and weak coalition governments. China, however, remains centrally controlled, with the Communist Mao Dynasty, as I’ve dubbed it, simply replacing the dynasties of old.

While many globally active investors tend to put China and India equally into the developing-economy bucket, it is important to remain mindful of the significant political and structural differences between the two nations. The structural economic differences are important, but the social and political distinctions are decisive. India’s struggle to throw off the yoke of British rule and then build democracy stands in stark contrast to authoritarian China, where individual freedom remains constrained by the corruption and selfishness of the nation’s communist rulers.

When all is said and done, the difference between India and China can be summed up in one word: freedom. The former is betting on the ability of its people to achieve prosperity through personal and economic freedom, while the latter fears its people. As modern India’s spiritual exemplar, Mahatma Ghandi, said: