Beware of the MEK 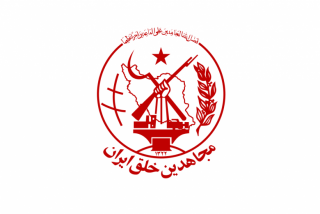 The enemy of my enemy is my friend. Based on news reports, a number of U.S. officials and former officials have adopted this motto in recent months. They seem to believe the prospect of the nuclear issue being solved and rapprochement with Tehran so threatening that they have rushed to Iran’s great foe: the People’s Mojahdein Organization (MEK).

The MEK is a cult-like dissident group, based outside of Iran, primarily in Iraq and France for much of the past three decades. It was considered a terrorist group by the United States until 2012 and by the European Union until 2009, when it was removed from the list of terrorist organizations and became increasingly viewed as an alternative to Iran’s current regime. This shows that the MEK’s campaign to galvanize support in the West has been relatively successful.

A more careful examination of the MEK provides evidence of the group’s problematic nature.

First, the MEK has no viable chance of seizing power in Iran. If the current government is not Iranians’ first choice for a government, the MEK is not even their last—and for good reason. The MEK supported Saddam Hussein during the Iran-Iraq War. The people’s discontent with the Iranian government at that time did not translate into their supporting an external enemy that was firing Scuds into Tehran, using chemical weapons and killing hundreds of thousands of Iranians, including many civilians. Today, the MEK is viewed negatively by most Iranians, who would prefer to maintain the status quo than rush to the arms of what they consider a corrupt, criminal cult.

Second, what Iranians understand, but the American MEK supporters choose to ignore, is the MEK’s track record of human-rights abuses. The MEK controls every aspect of its members’ lives and tortures them. Some of these human-rights abuses include: mass, compulsory divorces, beatings and torture, costing some members their lives, and solitary confinements so extreme that some members preferred to take their lives than be subjected to them.

Third, to understand the origins of anti-Americanism in pre-revolutionary Iran, look no further. The MEK was responsible for the assassination and failed attempts to kidnap and assassinate Americans in Iran in the 1970s. It was also the MEK that pressured the Islamic revolutionaries to take a stronger stance against the United States. The MEK further supported the 1979 U.S. embassy hostage crisis in Tehran.

Fourth, on the surface, the MEK has evolved since the ‘70s into a democratic alternative to the Islamic Republic and a potential ally for the West and Israel. However, the organization is merely manipulating the West, hoping it will rush to it for fear of the greater enemy: the Islamic Republic. To do so, the MEK has teamed up with Israel, while it is as anti-Israeli as the Iranian regime, criticizing the Shah’s support for Jerusalem as much as the Islamic revolutionaries. This is not a real ideological shift, but rather a smart, tactical move by the MEK.

Fifth, the MEK may appear as a modern organization on the surface, but it is, in fact, a crypto-Shiite Communist group. In effect, it is the product of the Leninist-style party and the eleventh-century Ismaili order, the Assassins: a religious, Communist cult based around the myth of an invisible leader, Massoud Rajavi, who has not been seen for years (and who is said to be dead or hiding).

Sixth, the MEK claims that it would dismantle Iran’s nuclear program, which has led some in the United States to believe its empowerment to be a viable solution to the Iranian nuclear crisis. Even if the MEK had a real chance of coming to power in Iran, which it does not, it would most likely not dismantle the nuclear program. In fact, it would have even more incentive to pursue nuclear weapons and would be less likely to engage with the international community. The MEK is a far less accountable organization than the Islamic Republic is, as, unlike the latter, it is a cult-like organization, rather than an established government that has certain checks and balances. As such, sanctions and deterrence would be less effective on the MEK than on the current government.

The voices supporting the MEK are ignoring the lessons of some of the most catastrophic U.S. foreign-policy mistakes in the past few decades, urging Washington to repeat history. Overhyping the threat of an adversary and blindly supporting groups opposing it led to the creation of Al Qaeda in Afghanistan. Supporting the MEK is neither in accordance with American values, nor beneficial to U.S. interests. Instead, the United States should pursue the diplomatic track, which is what most Americans favor. Diplomacy will not only promote U.S. interests in the Middle East, but also help empower Iranians to improve their lives by normalizing the Iranian political climate.

Ariane Tabatabai is a Stanton Nuclear Security Fellow at the Harvard Kennedy School’s Belfer Center for Science and International Affairs. Follow her on Twitter @ArianeTabatabai.