Beware the Rhetoric of Both Koreas 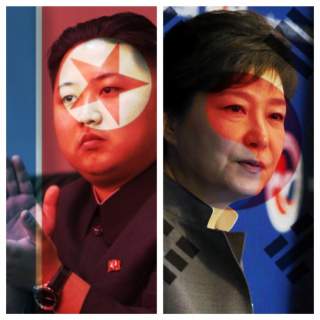 North and South Korea have agreed to back away from deadly confrontation for the moment. But both sides’ rhetoric bodes ill for the future.

Seoul claims its firm brinkmanship forced Pyongyang to back down. And North Korean leader Kim Jong-un has told his Central Military Commission the agreement "was by no means something achieved on the negotiating table but thanks to the tremendous military muscle with the nuclear deterrent for self-defense."

The rhetoric on both sides is likely a sop to hardliners at home. But if the leaders believe their own bluster and their militaries act on it, the two sides may go over the brink the next time tensions rise on the peninsula.

Kim Jong-un’s motives are misconstrued by those in Seoul who believe him to be moved by economic desperation. Yet his economy has been growing over the past decade, and he needs calm on the peninsula to deliver on his pledge to improve his people’s standard of living by reducing military spending.

Over the past years, he made repeated efforts to reach out to South Korea’s president, Park Geun-hye—efforts that she did not reciprocate. In his 2014 New Year’s address, he pledged, "We will make aggressive efforts to improve relations between the North and the South," and this New Year’s Day he even spoke of a summit meeting with President Park.

He followed up his words with deeds. In February 2014, he agreed to a reunion of families separated since the Korean War without demanding anything in return. Yet, instead of opting for reconciliation by addressing the North’s security concerns, President Park went to Dresden that March to echo German chancellor Helmut Kohl’s 1989 call for unification.

Kim Jong-un tried again last October, sending three top officials to Incheon for the Asian games. In talks with South Korean officials, they urged an easing of enmity, for instance, by ending propaganda ballooning—to no avail. After a brief halt, the ballooning resumed.

Having tried the soft approach and failing to get the South’s attention, Kim Jong-un reverted to his father’s tactic of floating offers on a sea of threats. Seizing on joint U.S.–South Korean exercises, an annual irritant to the North, he rapidly ratcheted up the pressure.

Earlier this year, Pyongyang beefed up artillery within range of the contested waters of the West (Yellow) Sea and sowed new landmines in the Demilitarized Zone dividing the Koreas, which gravely wounded two South Korean soldiers. After Seoul responded by resuming propaganda broadcasts on loudspeakers near the DMZ, Pyongyang threatened to destroy them. Its submarines and fast surface vessels put out to sea and the South alerted its forces. South Korea’s defense minister then threatened to “take control” of the DMZ. The belligerent rhetoric on both sides strongly implied a change of military rules of engagement both in the West Sea and on the DMZ, raising the risk of deadly clashes like those that rocked the peninsula in 2010. On August 20, the South detected North Korean artillery rounds heading toward the loudspeakers and returned fire.

On August 21, the North declared a “quasi-state of war.” That same day Kim floated an offer of talks. The allies temporarily suspended their joint exercises, and the South accepted the offer. After forty-three hours of talks, the North and South agreed on steps to ease the crisis and hold another round of family reunions next month.

Why did Kim initiate the crisis? One reason is that he genuinely wants to ease hostility, allowing him to reallocate resources from military to civilian production. The need to cut spending on military hardware is why he introduced his so-called byungjin “strategic line on carrying out economic construction and building nuclear armed forces simultaneously under the prevailing situation”—Kim’s version of Eisenhower’s bigger bang for a buck. He purged his defense minister after cabinet efforts to cut arms spending came under challenge. That’s why he’s emphasizing the role of nuclear weapons, not conventional arms, in resolving the current crisis.

A second reason is that he intends to proceed with a satellite launch this October. In anticipation of additional UN sanctions in response, he wants to temper Seoul’s reaction.

Either way, South Korea should move ahead with talks and try to address Kim’s security concerns. Who knows? With any luck, that might convince him to refrain from following up the satellite launch with a nuclear test.