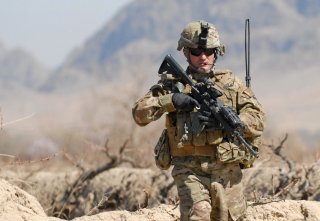 Already proponents of the war in Afghanistan are declaring that President Joe Biden’s promise to exit fully by September 11 is a disastrous mistake. Sen. Lindsey Graham’s verdict is not untypical: “he is paving the way for another 9/11.” But the longer America remains in Afghanistan, the more it weakens its own national security. The truth is that Biden is bowing to the inevitable—and the end of the war cannot come too quickly.

The United States has been fighting in Afghanistan for nearly twenty years. But we committed to withdraw all U.S. troops by May 1 under former President Donald Trump’s February 2020 Doha agreement with the Taliban. While that outcome will have to wait longer due to administration dithering on the decision, according to news reports, Biden has made the decision to pursue a full withdrawal from Afghanistan by September.

Biden had signaled last month that he would like to wind down America’s participation in the conflict. But he stated that it would be “tough” to leave on time despite the Pentagon having over a year to prepare for our departure. Still, the president suggested any extension wouldn’t be a “lot longer.” We now know, absent policy backsliding, that the administration aims to have all troops out of the country by September. Indeed, it could happen even earlier.

Americans should demand that President Biden follow through with his decision to withdraw—and hold him accountable if he doesn’t. It is in our national interest that Biden keep his promise to end our longest war.

To be clear, this four-month extension of the American military mission in Afghanistan was not necessary logistically or politically. The fourteen-month timeline in the Doha agreement was ample for a responsible withdrawal. The ideal—both in terms of politics and policy—would have been for Biden to faithfully implement Trump’s withdrawal deal and bring all troops home on schedule. But the administration’s own foot-dragging rather than any exigencies on the ground got them to this dangerous point.

But Biden is now doing the right thing by ordering a speedy and full military withdrawal from Afghanistan. He deserves praise for ultimately taking an approach that is consistent with our interests and bucking a Washington foreign policy establishment that would have preferred we stay and continue to fight.

Biden’s extension—which is a bit longer than it really should require—gives our forces the ability to depart safely and without making too many compromises about what equipment we take, leave, or destroy on the way out. But most importantly, there is a clear deadline, and our withdrawal will not be “conditions-based.”

To make sure the withdrawal is safe for our forces after breaking the Doha agreement, it is important that Biden provide the Taliban with a clear signal that we are definitely on the way out—and that no new conditions are being placed on them—so that they don’t feel pressure to restart attacks on U.S. forces. It would be an unnecessary shame for even one more American to die in this conflict. Such a clear signal would also be helpful for other foreign audiences and even domestic players who might want to spoil the planned departure.

The September date is nerve-wracking since time is a seedbed for mischief in war termination decisions. Thus, advocates of withdrawal should keep the pressure on and Biden should pay great heed to the implementation process, goad foot-draggers, and try to get out ahead of schedule.

Of course, many in the American foreign policy establishment don’t want to see us go anytime soon or even at all. They have talked about the importance of staying until there can be a “responsible end” to the war, a “sustainable peace agreement,” or meeting a “condition-based approach” that would safeguard human rights and democratization. Some have even suggested we should maintain an open-ended military commitment to Afghanistan, as in Germany or South Korea. But those who have argued we should stay appear to have made their recommendations too much for Biden to swallow.

The problem is that these recommendations move the goal line and are recipes for continued war. After blowing past one deadline, the Taliban, already with operational momentum, isn’t going to simply accept us breaking what amounts to another deadline—at least not without us making significant concessions that improve its position rather than ours or the host government.

Those who compare our Afghanistan troop presence to other military commitments in Europe and Asia have ignored key differences—like the fact that the country is in the midst of a civil war in which we are one of the parties fighting. Or that the Afghan government has no or limited control over major parts of its territory. Liberty passes for our troops also don’t include going to the Afghan versions of cultural events like Oktoberfest or scenic spots like Heidelberg. Instead, our troops are limited in their freedom of movement and will be targeted by improvised explosive devices (IEDs) and small arms fire should we again be subject to Taliban attacks.

When we went into Afghanistan, we needed to do three things to defend and advance our national interests. We needed to decimate Al Qaeda, kill or capture Osama bin Laden, and punish the Taliban for its state support for anti-American terrorist organizations.

We accomplished these long ago and could have safely exited much earlier than even September 2021. Instead, we embarked on an idealistic nation-building project that was neither necessary for our security nor a realistic goal for a country like Afghanistan. The result has been far too many Americans killed and wounded to go alongside hundreds of billions of taxpayer dollars wasted. And yet after twenty years, the Taliban is not just still standing but growing its influence in the country.

It is time to end America’s longest war. We—Americans Left, Right, and center—should be thankful President Biden came to that realization as well. We can safely target terrorists in Afghanistan—and around the globe—without a permanent troop presence there. And we can get on with the more important business of fixing problems here at home rather than continuing to chase elusive hopes for the future of Afghanistan.

William Ruger, former President Donald Trump’s nominee for ambassador to Afghanistan, is vice president for research and policy at the Charles Koch Institute.