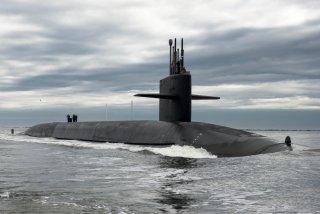 The Biden administration has released its long-awaited Nuclear Posture Review (NPR) as part of the similarly-delayed National Defense Strategy (NDS). The NPR typically provides an administration’s answers to a number of core questions about America’s nuclear posture. For instance, should it change employment guidance for the nuclear arsenal? Should it adjust force size and/or composition? And should it adjust U.S. declaratory policy?

The delay in delivery of the NPR (and NDS of which it is a part) has been caused by Russia’s invasion of Ukraine in February 2022 which prompted the administration to rewrite the document in order to account for both how the war had shifted international politics and to equalize the relative weighting of Europe and Asia in the administration’s attention.

In other words, “great power competition” has evidently cast a long shadow over the administration’s attempts to answer such questions. Some may argue that this is a good thing. However, instead of using what Secretary of Defense Lloyd Austin describes as this “turbulent time” in international affairs to engage in substantive thinking on these questions, the administration appears to have used the prospect of “great power competition” as cover for a status quo-oriented NPR that tinkers at most with the margins of U.S. nuclear posture.

The administration certainly did not start with a blank slate. But to be fair it did have to choose which elements of America’s nuclear posture from previous administrations to keep, renovate, or discard. The most fundamental question for the Biden team concerns the purpose of the U.S. nuclear arsenal. American nuclear forces have for many years been designed to achieve multiple objectives, from deterring nuclear attack against the United States and/or allies (and responding should deterrence fail), deterring conventional war with great power adversaries, serving as a tool of “counter-proliferation” by deterring the acquisition or use of weapons of mass destruction (WMD) by others, and promoting “strategic stability.”

Different administrations, unsurprisingly, have tended to emphasize some of these objectives over others. The Obama administration’s 2010 NPR sought to maintain strategic deterrence and stability at reduced nuclear force levels, consistent with its undertaking of nuclear arms control with Russia, and President Barack Obama’s long-term nuclear disarmament objective. More recently, the Trump administration’s 2018 NPR broadened rather than narrowed the circumstances under which the United States would consider nuclear use—for example, in response to a never defined concept of a “non-nuclear strategic attack.” It also committed to not just continue modernizing the “nuclear triad,” but also to deploy new types of warheads such as the “low-yield” W76-2 submarine-launched ballistic missiles (SBLMs) and sea-launched cruise missiles (what subsequently become known as the SLCM-N program).

Given the political and rhetorical distinctions between the Biden administration and its predecessor, some may have hoped for significant change here. Yet the NPR represents only a change in tone, not in substance, of the American nuclear posture.

At the level of declaratory policy (statements of the missions or purpose that the nuclear arsenal fulfills), there has been a slight shift in emphasis. Despite some previous punditry speculating that the administration would commit to a “no first use” (NFU) declaration (i.e., a declaration that the United States would only use nuclear weapons in response to a nuclear attack on the United States), the NPR adopts a “sole use” posture that maintains that the “fundamental role of nuclear weapons is to deter nuclear attack on the United States, our allies, and partners.”

The distinction may not look like much, but it is significant. NFU, as Ankit Panda and Vipin Narang note, “is a statement about when the United States would (and would not) use nuclear weapons. It is an explicit employment constraint: It commits a state to not use nuclear weapons except in retaliation for nuclear attacks,” while sole purpose “implies a statement about why the United States possesses the nuclear arsenal that it does, not how it will use it.”

Therefore, the Biden NPR’s sole purpose statement does not place an explicit constraint on when the United States may envisage the use of its arsenal. Rather it de-emphasizes the role of nuclear weapons in U.S. strategy. In the NPR’s words, sole use means that the administration wants to set a “very high bar for the employment of nuclear weapons”—a position consistent with Biden’s commitment as a presidential candidate to reduce U.S. reliance on nuclear weapons.

Although a welcome development, that does not fundamentally alter the centrality of nuclear weapons in American national security strategy. Indeed, the NPR states as much, noting that the nuclear arsenal “undergirds all our national defense priorities, including defending the U.S. homeland, deterring strategic attacks against the United States, our Allies and partners, and deterring regional aggression.”

In terms of the nuclear arsenal’s composition, the NPR maintains the status quo position that the existing nuclear triad (i.e., nuclear-capable bombers, intercontinental ballistic missiles (ICBMs), and SLBMs) is the best means of ensuring that the United States “can withstand and respond to any strategic attack, tailor its deterrence strategies as needed, and assure Allies in support of our extended deterrence commitments.”

While the administration has resisted calls from some quarters to delay the retirement of some existing systems and canceled one controversial program—the SLCM-N—adopted by its predecessor, the NPR nonetheless commits to “essentially the same nuclear modernization program that has been supported by the previous two administrations.”

The rationale for this almost entirely rests on arms racing incentives provided by increased strategic competition with Russia and China, with the NPR asserting that the “PRC is increasing its capability to threaten the United States and our Allies and partners with nuclear weapons” and Russia “remains the U.S. rival with the most capable and diverse nuclear forces.”

China, in particular, is defined as “the overall pacing challenge” against which to evaluate “our nuclear deterrent.”

Here, the NPR repeats the assessment of the Pentagon’s “China Military Power Report” of November 2021, that China “likely intends to possess at least 1,000 deliverable warheads by the end of the decade” and that its more diverse arsenal “could provide the PRC with new options before and during a crisis or conflict to leverage nuclear weapons for coercive purposes, including military provocations against U.S. Allies and partners in the region.”

The NPR’s response to this challenge is notable for two reasons.

First, despite its stated desire to reduce reliance on the U.S. nuclear arsenal, the NPR asserts that in order to deter or respond to the threat posed by China’s nuclear modernization the United States must “maintain a flexible deterrence strategy and force posture” including the “W76-2 low yield submarine-launched ballistic missile warhead, globally-deployable bombers, dual-capable fighter aircraft, and air-launched cruise missiles.” This appears to understate the operation of the offense-defense balance (the relative ease of undertaking defense or attack given other prevailing conditions) in Sino-U.S. relations. Chinese ICBM expansion and development of new missile systems such as a Gliding Fractional Orbital Bombardment System (G-FOBS) are indeed noteworthy in the context of China’s historical “minimum deterrent” posture. Yet they also suggest Beijing is driven as much by a desire to reduce the vulnerability of its nuclear deterrent to a U.S. first strike, and counter the potential effects of U.S. ballistic missile defense (BMD), as a desire to coerce the United States.

Second, the NPR underscores the administration’s desire to develop an “integrated deterrence approach” that leverages “nuclear and non-nuclear capabilities to tailor deterrence under specific circumstances” in order to “strengthen deterrence and raise the nuclear threshold of our potential adversaries in regional conflict by undermining adversary confidence in strategies for limited war that rely on the threat of nuclear escalation.” In part, this is to be achieved through “synchronizing nuclear and nonnuclear planning, exercises, and operations.”

China’s objective to “reunify” Taiwan with the mainland has, of course, been complicated for decades by the expectation of U.S. assistance to, and/or military intervention in support of, Taipei in the event of Chinese military action against it. Hence a major element of the People’s Liberation Army’s August 2-10, 2022, military exercises in the Taiwan Strait were designed to provide clear deterrent signals to the United States that China’s military modernization efforts have overcome historical weaknesses in conventional capabilities relative to the United States (and Taiwan). China is thus focused on exploiting its “home field advantage” of geographic proximity and force concentration to deter and/or deny the United States from force projection into the direct vicinity of Taiwan long enough for it to overcome Taiwan and thus present a fait accompli.

In this context, the NPR’s emphasis on the closer integration of nuclear and conventional capabilities, and the greater synchronization of their “planning, exercises, and operations” could, on the positive side of the ledger, create greater uncertainty in Beijing about its capacity for escalation control—and thus perhaps induce greater caution in its behavior by signaling that the United States may be prepared to escalate from conventional-to-nuclear threats or capabilities to deter any Chinese move on Taiwan.