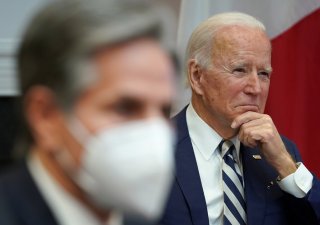 Last week, President Joe Biden signed a far-reaching executive order calling for supply chain reviews across many economic sectors deemed strategically significant. For some sectors, these efforts are unprecedented—and problematic. But such reviews are nothing new within the defense industry—and that’s what makes the defense aspects of this order such a good move.

The “Executive Order on America’s Supply Chains” has two parts. First, it calls for a one-hundred-day supply chain reviews for four strategic sectors: semiconductors; critical minerals, including rare earth elements; pharmaceuticals, and high-capacity batteries (like those used in electric vehicles).

Whether it’s a good idea to refer to certain parts of the U.S. economy as “industrial bases” is doubtful. Nor is it the proper role of the federal government to study these private industries’ strengths and weaknesses.

The defense industrial base comprises many private sector firms providing goods and services that support the U.S. military, as well as a network of government depots, arsenals and facilities. This base spans a variety of sectors (shipbuilding, munitions, radar and electronics, etc.) and encompasses extremely large firms (e.g., Lockheed Martin and Huntington Ingalls Industries) as well as small businesses making specialty components.

What brings these diverse firms and sectors under the title of “defense industrial base” is their criticality to the country’s ability to defend itself and its interests. In a conflict, the United States would depend on all of these firms and its government installations to supply the tools the military needs.

But trends in the defense industrial base are weakening its ability to meet the current needs of the U.S. military, let alone respond in an armed conflict. Domestic infrastructure for the manufacture and maintenance of defense items is often outdated, creating risks for both service members and for workers in these facilities. Some defense components are available from only one supplier. Others are only produced overseas—in some cases by America’s competitors, like China. For example, 84 percent of the Defense Department’s electronics components suppliers are located overseas.

Policymakers in Congress, the White House, and the Pentagon all need to respond to these threats to U.S. national security. But in order to fix the problem, they need a clearer idea of what the problem is.

This is where Biden’s new executive order comes in. The supply chain review for rare earth elements should create a better understanding of the weak links in that chain, which in turn will help make efforts to shore up those weak links more targeted and effective. The review of the semiconductor supply chain will hopefully provide similar information for a predominantly commercial sector that is also vital to defense systems.

The larger benefit in the new executive order is the requirement that the Secretary of Defense “shall submit a report on supply chains for the defense industrial base that updates the report provided pursuant to Executive Order 13806 of July 21, 2017.” Here, the Biden administration wisely chose to continue with a Trump administration initiative.

Donald Trump’s Executive Order 13806 brought together over three hundred subject matter experts to produce a report on the macro forces and risks impacting the defense industrial base. This effort dovetailed nicely with the Pentagon’s own Annual Industrial Capabilities Report to Congress, which gives an in-depth description of trends in each sector of the defense industrial base.

Of course, Trump was not the first president to attempt to assess the defense industrial base. The Obama administration also worried about supply chains and responded with the Sector-by-Sector, Tier-by-Tier assessment initiative. Indeed, the federal government has been concerned with the state of the defense industry since the birth of the nation; beginning when the first Secretary of the Navy had to decide whether public or private shipyards were the most effective way to build and maintain the U.S. naval fleet.

With this new executive order, Biden wisely opted not to start from scratch, but instead to build upon the Trump report. That report provided highly useful information, presented in a logical manner. Should the Biden administration use the same framework (as the executive order implies), policymakers can better track the progression of the issues initially described in that report and see where progress has since been made, which problems have become more urgent, and how best to use finite resources to mitigate these risks.

The breadth of Biden’s latest supply chain executive order is concerning to a free-market country that values limited government. But when it comes to defense industrial base assessments, Biden is following precedent—and in doing so, making his efforts more effective. In politics, where many things are broken and few seem to be fixed, it’s refreshing to see the adage, “if it ain’t broke, don’t fix it,” taken to heart.

Maiya Clark is a researcher focusing on the defense industrial base for The Heritage Foundation’s Center for National Defense.