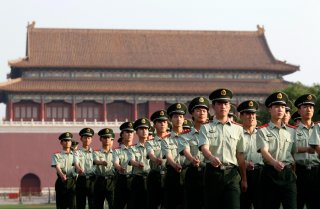 A global battle over values is playing out in both the digital and physical realms. The world can no longer take for granted that the internet will always be free and open. In fact, actors like Russia and China are trying to make sure it won’t be.

Moscow and Beijing are designing and refining the tools, tactics, and frameworks used by digital authoritarians around the globe. Both countries engage in censorship, deploy advanced digital surveillance technology, and use digital tools to disrupt the democratic processes of their foreign policy adversaries.

China uses higher-tech methods than Russia to pursue its version of digital authoritarianism. And their historic differences may impede closer cooperation. Ultimately, however, they share similar motivations and objectives.

Though their digital tactics differ greatly, at least three common motives could lead to greater Sino-Russian cooperation in the future.

Russia and China’s shared animosity towards the United States has contributed to their common misinformation narratives around the origins of the Covid-19 pandemic, efforts to sow discord in advance of the 2020 U.S. elections, and cyber-attacks on U.S. and Western private and public entities. These efforts have not required in-depth cooperation but have led to the same outcomes: the destabilization and weakening of the United States, thus amplifying their effectiveness with relative ease.

In contrast to the U.S. vision of an open internet that allows information to be shared freely around the world, Russia and China both wish to establish digital borders. This corresponds with their respective commitments to non-intervention and state sovereignty as guiding principles for international affairs.

Promoting these principles in multilateral bodies allows Russia and China to minimize the importance of international human rights standards and to deflect from their poor human rights records when dealing with other states. Their promotion of digital borders and digital authoritarian technologies at China’s World Internet Conferences, the Shanghai Cooperation Organization (SCO), and the United Nations are all convenient ways to shape the world into a more favorable environment for their illiberal regimes.

Russia lacks a close equivalent to China’s Great Firewall. But while their censorship systems differ, they have become prime examples of how to incorporate greater internet controls into regime security strategies.

Moscow and Beijing are now directly exporting the tools necessary for other countries to create their own digital authoritarian models. Russia has shared its legal and technological frameworks with states on its periphery and around the world. China has done the same with states like Venezuela, Ethiopia, and Pakistan. These governments are all partnering with Chinese tech companies to build the internet infrastructure necessary to monitor and control their citizens’ internet access.

Russia and China do not need to intentionally work together to do this because disseminating their digital technologies and strategies is something both would do in any case—both for profit and to tilt the digital scale in favor of autocratic governments.

Where China and Russia differ in tactics, they are united in goals.

\While the United States cannot alter Russia and China’s shared motives, it must lead in combatting digital authoritarianism. These efforts should be characterized by a positive vision focused on building digital partnerships with other democracies and “swing states,” codifying data privacy protections in the United States, and equipping American companies to counter the malign influence of Sino-Russian digital authoritarianism.

It is in the U.S. interest—and the interests of all countries that seek to maintain a free and open internet—that Washington forges a coalition to safeguard freedom in the digital world.

David Calhoun is a member of The Heritage Foundation’s Young Leaders Program.