Biden Must Be Blunt With Ukraine 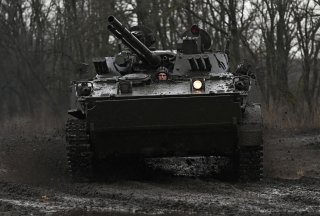 The Biden administration has delivered an unequivocal message to Russian president Vladimir Putin: if you order another invasion of Ukraine, expect a whirlwind of financial and diplomatic consequences. U.S. officials have telegraphed a series of economic sanctions, export controls, and diplomatic repercussions ready to be executed if Moscow chooses confrontation over de-escalation, including severing some of Russia’s largest banks from the U.S.-dominated financial system.

It’s unclear, however, whether the United States has been equally blunt to the Ukrainian government. In public, Washington continues to emphasize its commitment to Ukraine’s sovereignty and territorial integrity. But instead of the usual talking points, the United States would be better served giving its Ukrainian counterparts a dose of brutal honesty: a war is the worst possible option for your country. The United States has no obligation to come to your defense. Therefore, you, the Ukrainian government, need to do everything in your power to find a diplomatic off-ramp that averts a conflict.

Russia has spent the last three months building a strong combat force in the Russia-Ukraine border region. Approximately 130,000 Russian troops are stationed on three sides of Ukraine’s land border, from mainland Russia in the east to Belarus in the north. The Russian military has sent tanks, artillery, infantry fighting vehicles, rocket launchers, and air defense systems to the area, some of them coming from Russian bases in the Far East. Russia has also deployed Su-35 fighter jets to Belarus for military exercises. While some U.S. allies in Europe don’t believe Russia has made a final decision to invade, the Russian buildup has prompted some senior U.S. officials to surmise about a Russian invasion by mid-February.

None of this bodes well for Ukraine. While the Ukrainian military is far better equipped, more experienced on the battlefield, and more motivated than it was at a low point in 2014, Russia has bigger guns—and a lot more of them. Russia’s active-duty military is four times the size of what Ukraine can field. There are 12,000 tanks in the Russian military arsenal, compared to 2,500 for Ukraine. The numbers are even more lopsided on artillery (12,000 to 1,000). As far as air power, the Russians would be able to do significant damage to Ukraine’s fleet, which at seventy fighter aircraft and thirty-four helicopters could be worn down quickly in a high-intensity fight. Given the disparity, additional U.S. weapons shipments to Ukraine would hardly make a difference.

If a war happened, Ukraine would lose. Russian forces would be bloodied, as Defense Secretary Lloyd Austin and Chairman of the Joint Chiefs Mark Milley warned their Russian colleagues. But given the quantitative and qualitative advantages Russia possesses, nobody seriously believes Ukraine would stand a chance.

The only option for Ukraine, therefore, is sitting down with Russia and coming to an ugly, but necessary, compromise on its geopolitical orientation. Officials in the United States and European capitals will reflexively flinch at such a statement, arguing that Ukraine has the inalienable right to craft its own foreign policy, establish its own alliances, and live the way it wants to live. But Ukraine can’t ignore its own geography or swim against the current of its unique geopolitical circumstances. Nor can Ukrainian officials delude themselves into thinking the United States, NATO, or some coalition of the willing will save them in the final hour.

This last part is critical, for if the United States and NATO continue to act as if Ukraine is on the road to possible membership in the alliance, the Ukrainian government has less reason to engage in the kind of negotiation it desperately needs if war in Europe is to be avoided. Doing the opposite, like stringing Ukraine along, is akin to making a promise you have no intention of keeping.

With Ukraine, honesty is the best policy. And here’s the honest truth: Ukraine is in a weak position; the United States and its NATO allies don’t want to engage in a hot war with a nuclear-armed Russia on its behalf; and Russia, despite its belligerence, has proven it will undergo a significant amount of economic pain and international opprobrium if it means preventing Kyiv from becoming a full-fledged participant in Western security institutions.

This doesn’t mean Ukraine has to roll over. Despite its military superiority, another round of warfare doesn’t appear to be Russia’s first choice. Even as Moscow sharply condemns the United States and NATO for ignoring its principle demands on NATO enlargement, Russian officials like Foreign Minister Sergey Lavrov are still keeping the door open for talks. On February 1, Lavrov spoke with Secretary of State Antony Blinken as the two sides continue to respond to one another’s draft proposals. Days earlier, Ukrainian and Russian representatives met in Paris under the Normandy Format, the first time in over two years the two sides discussed the eight-year war in the Donbas.

War isn’t inevitable, and hope for a diplomatic off-ramp isn’t gone. Although the United States and Russia continue to table irreconcilable positions, both are at least engaging in the give-and-take that keeps the process going. All the more reason for the United States to be forthright with its Ukrainian friends.