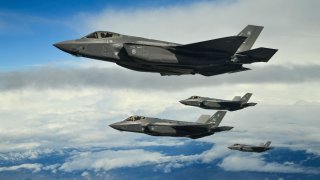 The Nuclear Posture Review offers an opportunity to make a statement about the president’s agenda and construct a framework for thinking not just about the role of nuclear weapons in American military strategy, but also the role of arms control and disarmament in U.S. foreign policy. It is a chance to affirm nuclear risk reduction and strategic stability as primary goals, as opposed to dangerous dreams of nuclear primacy or escalation dominance that have animated nuclear postures for decades.

Ambitious goals for nuclear weapons, to fight and win nuclear wars or use them coercively, fine-tuning and controlling escalation, or acquiring the ability to disarm the enemy or protect the homeland, were far-fetched during the simpler days of the Cold War and are ever more so today. Aside from complexities introduced by the rise of new nuclear powers, emerging technologies, and the challenges of cross-domain deterrence, the fundamental problem of nuclear strategy is the same today as it was in previous eras: identifying objectives, short of national survival, that are worth the risk of even a “limited” nuclear exchange.

This turned out to be a tall task during the Cold War, when both political parties, while disagreeing on specifics, embraced visions of global dominance, deep engagement, and collective security. This consensus is that the primary threat to American interests was a revolutionary ideology embodied by the Soviet Union, a country that was militarily powerful but economically and diplomatically isolated from the core of the developed, industrialized world.

Today, both parties have embraced more circumspect visions of American primacy and “the national interest.” The post-post-Cold War period has been marked by a crisis not just in liberal internationalism or liberal hegemony, but in internationalism altogether. Leaders of both parties, reading the tea leaves of public sentiment, have embraced economic nationalism, strategic retrenchment, and unilateralism (or minilateralism).

Notwithstanding the emerging elite consensus on “great power competition,” attempts at casting competition along ideological lines—democracy vs. autocracy—and lip service paid to reviving U.S. leadership in the world, here too history repeats only as farce. Threats to liberalism, democracy, and the U.S.-led order are coming, by and large, from inside the house. Biden has called for an Alliance of Democracies, while showing himself quite ready to deal pragmatically with autocrats and would-be autocrats, though not as enthusiastically as his predecessor. The main target of competition is not just a “peer competitor” or a threat to be defeated, but a country profoundly and irreversibly enmeshed in the global economy. The Great Firewall is no Iron Curtain. Similarly, the main challenges posed by Russia are not a threat of territorial expansion or the manipulation of the “gray zone” between war and peace, but contestation of liberal norms, and the exploitation of “grey areas” of the global economy.

While this paints a gloomy picture for U.S. grand strategy and the “liberal international order,” it spells good news for nuclear strategy.

The uncomfortable reality is that no level of investment, sophisticated technology, or inventive formulas will substitute for an actual willingness to fight nuclear wars over minor interests, especially when massive use of force would be ineffective at best, and likely self-defeating. Rather than trying to use nuclear weapons as a cheap substitute for conventional forces, or other more subtle and effective instruments of state power, Biden would do well to reap the benefits of rebalancing and reduce unnecessary nuclear risks and costs.

Having more limited, clearly defined, and defensive goals drastically simplifiesthe task of nuclear posture. In fact, much of the complexity attributed to the “second nuclear age” fades away if the United States scales back its ambitions and commitments. If the objective is to help deter military threats to truly vital interests, deterrence requires a lot less “tailoring.” Modernization efforts should focus on retiring, replacing, and updating aging strategic systems rather than pursuing new “tactical” and “theater” nuclear forces, much less unproven, faddish, and likely destabilizing technologies. The administration could scuttle those unilaterally without sacrificing security. Rather than try to trade these away in negotiations with Russia or China, who have little reason to place a high value on those items (as opposed to missile defense), it would be preferable to use unilateral cuts as a signal of defensive intent and commitment to multilateral threat reduction.

Relatedly, a focus on safety, security, and strategic stability points toward the need for, among other things, safeguarding U.S. nuclear command, control, and communications (NC3) against cyber threats, but also placing restrictions on offensive cyber operations against rival command and control during crises. With a continental territory and a large and relatively dispersed population, the United States can also afford to limit the forward deployment of nuclear assets, de-alert forces, and establish more constitutionally sound nuclear launch procedures, among other measures to reduce the risks of accidental or inadvertent escalation.

To be sure, Biden will have to overcome special interest groups, bureaucratic inertia, and political opposition, but the largest obstacles might be the moral imperative of damage limitation, and the psychological and political allures of flexibility. Accepting the mutual vulnerability underpinning limited deterrence is politically fraught and psychologically demanding. When stakes are high, actors are driven to hedge, even if doing so might prove self-defeating. Limited missile defenses and options for limited nuclear use, though destabilizing, costly, and ineffective, offer the hope of disaster insurance, as well as the soothing illusion of control.

Rather than performing nuclear security theater, the administration and the world would be better served by genuine efforts to advance multilateral arms control, strengthen norms of nuclear nonproliferation and non-use, and engage, rather than combat, the non-nuclear states and civil society organizations at the forefront of the global push toward disarmament. This approach not only satisfies the need for “doing something,” it is also consistent with the broader goals of exercising responsible, democratic leadership in a more multipolar world.

Disclaimer: The views expressed are those of the author and do not necessarily reflect the official policy or position of the Department of the Army, Department of Defense, or the U.S. Government.

Dani Kaufmann Nedal is a Visiting Research Professor in the Department of National Security and Strategy at the U.S. Army War College and a lecturer at the Institute for Politics and Strategy at Carnegie Mellon University.