Big, Bold Proposals for the Next President and Congress 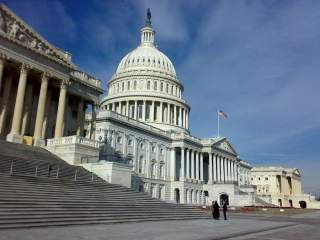 Despite all the innuendo and intrigue, the 2016 presidential race actually delivered some serious policy debates. Donald Trump directly challenged longstanding, bipartisan support for American internationalism, most of all on trade and immigration policy. Hillary Clinton, borrowing in part from Bernie Sanders, questioned certain trade agreements herself while championing a higher minimum wage, free community college, gender equity at the workplace, more generous child care for the middle class and working poor, and needed repairs to the Affordable Care Act.

However, these issues and policy positions have been caricatured and sloganeered more than they have been discussed, debated, and analyzed. At Brookings, we have sought to develop more detailed proposals for moving the nation forward that could be of use to the future President Trump and to the new Congress. There is no single Brookings view or institutional plan of action. Many of the ideas could plausibly be labeled either left or right, and might be of interest to both political parties going forward.

Here are some of the biggest and boldest proposals that could together form an overall agenda that might be loosely entitled “Restoring the American Dream”:

1) Don't obsess about the deficit and the debt. The United States has not been a great steward of fiscal policy in recent decades, allowing publicly held debt to rise to 75 percent of GDP. In one sense, this is not good, of course, and leaves us vulnerable to future fiscal shocks or higher interest rates. But as essays by Doug Elmendorf and others have argued, given today's low interest rates, perhaps an even higher priority than driving down the debt is to invest in the future, while reorienting expenditures.  We should spend more on infrastructure and education, while protecting benefits for the working poor, low-income children and the elderly. We can pay for this by steps such as reducing or taxing the social security benefits of higher-income Americans, who have tended to benefit from the very trends in automation and globalization that have worsened the prospects of many other American citizens.

2) Simplify tax policy. Whether we use reforms to drive down tax rates, drive down the deficit, or both, some steps make good sense, as Bill Gale and others argue. For example, capping deductions at a certain percent of total income while also raising the earned-income tax credit would tend to help the poor and middle classes without unduly punishing the wealthy—and without attempting a wholesale revision of the tax code that would probably bog down in partisan gridlock.

3) Fix Obamacare, largely through the states. The Affordable Care Act, or Obamacare, has been a partial success, but only partial, as Alice Rivlin and Bob Reischauer acknowledge. While it presents far too partisan an issue to expect easy resolution, or to allow much likelihood of a major fix like the creation of a public option, there are natural paths forward for partial reform.  Perhaps the central one is to encourage more states to opt out of Obamacare, as the law allows, provided that they devise health care reforms of their own that would achieve similar standards of coverage and (relative) affordability. Some other ideas, such as facilitating the import of cheaper pharmaceuticals, could help too.

4) Increase annual infrastructure spending by $50 billion to $75 billion. The nation is underinvesting in infrastructure, as Hillary Clinton and Donald Trump agree—not to mention Brookings scholars like Bill Galston, Robert Puente, Adie Tomer, and Joseph Kane. Some of this increase can be funded through public-private partnerships that require only modest federal, state, and/or local government contributions. Just as important as the amount of money, though, is the way projects are selected. Increases in spending should focus predominantly on urban areas, which need the most help, have the worst infrastructure today, and can deliver the greatest economic bang for the buck with properly selected investments. An increase of this magnitude (or perhaps somewhat less) would be adequate to beef up the nation’s defenses today too, as retired General David Petraeus and I argue in our own essay. Together, these ideas suggest a way in which the 2011 Budget Control Act might be revised (lifting caps on domestic and defense spending by roughly the same amount).

5) Address the crisis in black America. As Belle Sawhill, Bill Galston, Richard Reeves, and Dayna Matthew argue in their respective essays, African Americans continues to suffer in this country. Unemployment and incarceration rates are very high, as are out-of-wedlock births; strong families and high school diplomas are too rare; black communities are still very segregated and lack the kind of net wealth needed to escape problem-plagued neighborhoods.  Of course, this age-old set of problems will not be solved by the next president. But there are many "mid-size" reforms that could help substantially. They range from promoting greater involvement of parents with their kids' education (encouraged by a number of specific, relatively economical programs like home visitations); to a revision of prison sentencing guidelines for non-violent offenders in particular (since far too many young, black Americans are behind bars), and greater help for those prisoners in developing skills and finding jobs after jail; to a withholding of federal housing funds until states and localities develop plans to reduce segregation with their housing programs. Creation of more smaller schools, as well as of "career academies" that focus on technical skills, can also help.

6) Address the crisis in white America. Carol Graham's fascinating work on happiness tells us that working-class whites—the caricature of the Donald Trump voter, but also many of those who supported Bernie Sanders—are particularly frustrated and angry with their lot in life. It is not just a question of material wellbeing, but of hope, or lack thereof, and a sense that the American dream is vanishing. They often no longer expect to live as well as their parents and hold out less hope for their children as well. The causes of this dilemma are deep, and result largely from the disappearance of many manufacturing jobs due to automation as well as globalization. Much of the solution must be through education, which also can address the decline in productivity growth that David Wessel discusses. That means not just making community college free or capping college-loan debt, but making community colleges and apprenticeships responsive to the shifting character of the modern economy—revising and improving the contents of their curricula. There are many more jobs in healthcare, information technologies, and other technical areas than American employers are able to fill; there is a basic mismatch between what the economy demands and what the educational system in America is generating. Some of the answer may also be simply to incent people to move away from towns and locales where traditional manufacturing jobs have left for good.

7) Repair trade. Neither Hillary Clinton nor Donald Trump supported the Trans-Pacific Partnership, President Obama’s top trade priority and a centerpiece of the so-called Asia-Pacific "rebalance" that Clinton herself championed when Secretary of State. Both were savvy enough politicians to recognize the country’s growing angst on the subjects of trade and globalization.  David Dollar suggests that the United States not allow Chinese state-owned companies to buy American firms until certain reforms are made in areas such as the access of American firms to China's market.

The U.S. presidential race is over. But the debate over America’s future should be just beginning.

Michael O’Hanlon is a senior fellow in Foreign Policy at the Brookings Institution, where he specializes in U.S. defense strategy, the use of military force, and American national security policy.