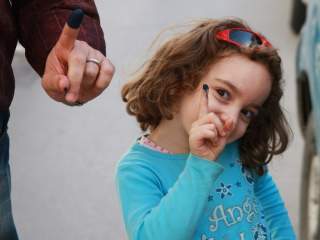 Those in Washington still hopeful about the positive potential of the 2011 Arab uprisings should celebrate Tunisia’s successful October 26 legislative elections. By all accounts, the elections were an unprecedented success compared to regional standards: they were competitive, well managed and involved a high national turnout rate (69 percent). The incumbent party, Ennahda, was narrowly defeated. Indeed, the contestation of power is thriving in Tunisia four years after a vegetable vendor set himself ablaze to protest the indignities of the oppressive dictatorship.

It is important to savor—and study—this fall’s rare moment for optimism in the Middle East and North Africa (MENA). Since 2011, the rest of the region’s political transitions have been overwhelmed by violence and civil strife; whether in Syria, Yemen, Egypt, Libya or Iraq, there has been a paucity of democratic progress across the region.

Yet, even as they celebrate Tunisia’s progress, U.S. policy makers and others in the international community should avoid the tendency to advance an election-centric perspective—one that privileges electoral progress above all else in democratic transitions. Indeed, the consolidation of democracy in Tunisia, and the rest of the region, will require far more than elections. In particular, it will require the careful incubation of political compromise skills, particularly the willingness to share power with bitter rivals.

In Tunisia, the successful October 26 elections now commence the difficult government formation period. Nidaa Tounes, which won 85 out of 217 seats in the new Assembly of the Representatives of the People, and the Ennahda Party, which won 69 seats, will negotiate whether to form a unity government, dividing ministerial portfolios. The alternative is a Nidaa Tounes–led government with Ennahda remaining in the opposition.

During these upcoming tough government-formation debates, deep substantive divides about the nature of the state will once again emerge. These deep political and social disagreements prolonged the twenty-four-month period of constitution-writing, from 2011 through the constitution’s adoption in early 2014.

First, Tunisians disagree about the nature of a secular state, with divergent views of how Islamic law should be reflected, if at all, in the court systems, personal status laws and educational institutions.

Second, Tunisians are debating how to address the urgent problem of joblessness and underemployment. Given the youth bulge, creating jobs is a national-security priority. The absence of jobs was a major trigger of the 2011 revolution. At the same time, Tunisian society and political life have long rested on a foundation of strong labor unions, which have built the current labor rights that may, in some cases, deter job-creating foreign investors and businesses. In Tunisia, business-versus-labor can be as contentious a societal division as the secular-versus-Islamist cleavage.

The third societal tension has direct, immediate implications for U.S. national security. The new freedoms in the post–Ben Ali era, combined with the quick dissolution of a repressive police state without the development of a robust security-sector alternative, has contributed to the urgent problem of jihadism among Tunisian youth. Tunisians now represent one of the largest factions of foreign fighters from the Arab world fighting with the Islamic State and Jabhat al-Nusrah in Iraq and Syria.

How to rebuild a fair but strong police and internal-security system that befits a new democracy and can counter the rampant radicalization presents a significant political challenge to Tunisia’s new leaders.

All three issues will require delicate compromises forged among political leaders in a way that recognizes the many societal points of view. Trying to govern inclusively, representing divergent viewpoints and stakeholders is particularly hard in a postauthoritarian environment. Ben Ali ruled only for himself and his small clique. He eviscerated Tunisia’s once-robust civil society and prevented any type of “civic action,” including communicative, inclusive, political discussions among governmental and nongovernmental sectors. For decades, political leaders never had to compromise, because in this relatively homogenous society of Sunni Muslims, opposition political parties were banned and opposition media that might have promoted free debate was sent underground. Until 2011, Internet restrictions in Tunisia were among the most punitive in the world.

The new Tunisian leadership must ensure that any disagreements regarding the above issues do not create paralysis within the new government, which would de-legitimize the nascent democratization process and lead to mass disillusionment.

Proponents of Tunisia’s democratic transition in the United States and the international community can help. In particular, the United States, despite its particular discomfort and inexperience doing so, must elevate its diplomatic and programmatic tools focused on promoting productive civic and political debates and compromise.

For decades, the United States and other international actors involved in “democracy promotion” have overprivileged the role of elections, particularly in the Middle East and North Africa, focusing U.S. assistance and diplomacy to support monitoring programs, technical and institutional changes to local electoral processes, strong political parties, and other projects to build the technical foundations of procedural democracy. For instance, the United States spent $9 million to help support last month’s parliamentary elections in Tunisia.

The United States and the international community now must consider that Tunisians need help with the more elusive, intangible challenge facing their country: political conflict resolution. The United States has some tools to deploy in support of reconciliation, including the U.S. Agency for International Development’s Office of Transition Initiatives, which conducted effective outreach to Tunisian civil society and activists in 2011.

This organization, with its ability to conduct outreach across various parties and civil society groups in Tunisia, should return immediately. The United States should also urge the United Nations Development Programme, as well as European Union and other international institutions, to set up regional hubs in Tunisia, to invest in civil society and to begin working on political reconciliation and dialogue.

In addition, the U.S. Congress should reconsider the use of a Millennium Challenge Corporation grants in Tunisia. Other U.S. economic-development agencies should focus very specifically on the problem of underemployed youth. It is fair for the U.S. Congress to ask which of the investments in economic growth that the United States has deployed since the 2011 Tunisian Revolution are thus far yielding the greatest return on the American taxpayer’s investment. On security issues, the United States should continue to improve Tunisia’s homeland-security and border-security capacities, as well as help with the harder, longer-term task of rebuilding Tunisia’s security sector so that it can effectively counter the radicalization of Tunisian youth.

In short, promoting political compromise through institutional reform should remain at the heart of U.S. efforts. While it is natural for foreign-assistance providers to try to avoid political issues, almost all of the issues where Tunisians need outside help—whether job creation or security-sector reform—are deeply political endeavors. Indeed, U.S. diplomats intent on rewarding Tunisia’s tentative progress must brace themselves that the next, upcoming, more difficult stage of the transition will demand that friendly outsiders often involve themselves in messy matters of domestic debate. In most cases, the Tunisian political parties, civil society, unions, religious leaders and the private sector will respond positively to international pressure and assistance. It is not interventionist for outside allies to support friends when they undertake the tough, long slog toward political reconciliation—a necessary step in consolidating democratic gains.

Dafna H. Rand is the Deputy Director of Studies at the Center for a New American Security (CNAS) and the inaugural Leon Panetta fellow. She formerly served on the staff of the National Security Council and in the State Department’s Office of Policy Planning.