This Bizarre Law Prevents Poland from Capitalizing on Copper Mine Profits 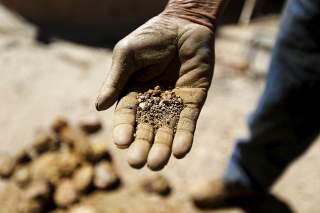 Seventy years strong, the North Atlantic Treaty Organization (NATO) provides a resilient defense against international threats. But NATO is only as strong as its members are prosperous, and economic policies dictate the state of the union for individual countries. The recent ascension of Macedonia bodes well for NATO as the country has pursued strong, market-based reforms since the ugly collapse of Yugoslavia more than twenty years ago. But long-standing members such as Poland have run into trouble as misguided government policies threaten to weaken the Eastern European nation. Cronyism and sector-specific onerous taxes threaten to impoverish Poland and make it difficult for vital minerals such as copper to get to market. For the sake of its future and for its allies, Poland must join Macedonia and push for market reforms.

Long-standing threats, such as Jihadi gains in North Africa and Russian encroachments on Eastern Europe, can be held in check by a strong NATO. But as many member-states have come to realize, defense investments can only be sustained on the back of a strong economy. When countries face economic turmoil, they often face inward and cut back international obligations. Poland has avoided these difficulties thus far as the country has enjoyed a sustained clip of growth since the fall of the Soviet Union. Since 2016, the unemployment rate has plummeted, and foreign investors hail the country as a potential goldmine.

But there’s a problem . . . with the country’s mines. Because of a bizarre 2012 law that levies a more than 80 percent tax on mineral mining, extraction of copper and silver is largely closed off to foreign investment. Poland is one of the only countries in the world to tax mined minerals based on the value of extracted resources rather than the proceeds stemming from eventual sales. This quirk provides a severe disadvantage for any new entrant into the Polish mining sector since any upstart business or new foreign investor will have serious issues getting beyond initial capital and taxation costs. But this carve out helps well-established companies that already have existing sales networks in-country, and don’t have to worry about the risk of having to pay an upfront tax on extraction.

Enter KGHM, the Polish state-backed mining company. This taxpayer-sponsored business controls the mining sector nationwide, and knows full well that, because of the mining tax policies in place, they won’t face competition anytime soon. This arrangement is great for KGHM, but it’s terrible for virtually everybody else. Poland’s allies are unable to trade on level terms with the emerging company and Polish miners have no employment alternative to a company that holds all the cards. Copper, in particular, has a myriad of military and civilian uses, but Western companies have few alternatives to mines in hostile and unstable nations such as China and the Democratic Republic of Congo. Poland has more copper resources than both of these countries but doesn’t mine at the level of China and Congo precisely because of these byzantine tax policies. The country hasn’t opened up a new copper mine in decades, as the international capital needed for such an endeavor is sidelined thanks to the mining tax.

That’s a shame given that copper’s anti-corrosive properties make it ideal for aircraft and naval vessels. As military tensions increase between China and Chinese-backed African nations and the rest of the world, Western militaries will find themselves having to do unwanted business with the Communist Party to upgrade their weaponry. Polish mines could provide a welcome alternative, but only if Poland realizes its potential and opens up its mines to greater exploration. Consumers would benefit as well, as freer mining markets would lower prices for copper-dependent products such as computers and mobile phones. Poland and its allies have an unprecedented opportunity to embrace free trade and strengthen time-tested partnerships. But only if Polska embraces markets and ditches its outdated tax system.