Blame the Fed for Global Market Turmoil in 2016 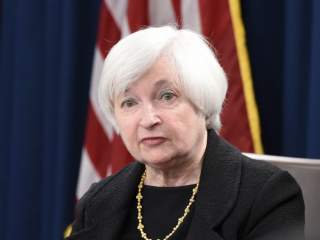 Global markets started 2016 in a dark mood, with strong selling of equities first in China and then rolling like a wave of downward pressure over global markets. Months from now, we may look back upon January 2016 as a moment when market jitters created a significant buying opportunity for equity investors, but had little lasting impact on credit. Right now, however, investors concerned about the lack of global growth are voting with their feet. They finally seem to understand that China is not immune to the laws of economic gravity.

We are witnessing the symbolic downsizing of the Chinese miracle. Since August debt and equity markets have experienced waves of stress as investors came to the remarkable realization that China was not really growing very fast in 2015—if at all. Noted Asia watcher Marc Faber has for years wondered why foreign investors give any credence to Chinese economic statistics, but the selling of the first couple of weeks of 2016 came from domestic investors trying to head for the door.

Foreign news outlets have described the panic selling of equities by Chinese investors, but it needs to be said that the Chinese market resembles the U.S. securities markets of a century ago. Prior to the 1930s reforms and the creation of the Securities and Exchange Commission, the U.S. securities markets were a wild west of fraud and chicanery. China’s markets are no different now. For this reason, official efforts to control this unruly retail market have and will fail.

The key thing for investors to appreciate, however, is that the situation in China is just another example of how central banks like the Fed are doing more harm than good in the global economy. “For years, China gobbled up all manner of metals, crops and fuels as its economy rapidly expanded,” reports the New York Times. “Countries and companies, fueled by cheap debt, aggressively broadened their operations, betting that China’s appetite would grow unabated.”

Not only has the Fed created the current unstable market situation by keeping dollar interest rates too low for too long, but the fact that the Fed is out of step with other major central banks is causing markets an extra degree of anxiety. David Kotok, chief investment officer of Cumberland Advisors, put things into perspective for global investors last week in a note to Tom Keene of Bloomberg News.

“Divergence exacerbates volatility. But direction of causality starts with the agent who moves away from one multi player paradigm. Fed moved away. While [European Central Bank chief Mario] Draghi moved the other way. No wonder we are getting the red paint on the screen.”

The Fed, not China, is arguably the engine of global market discord. The fact that the Chair Janet Yellen and the members of the Federal Open Market Committee are about three years late in raising interest rates is causing the remarkable divergence in policy noted by Kotok and many other analysts. Moreover, the salutary impact of zero rates and asset purchases, like removing trillions of dollars’ worth of duration from the markets via so-called quantitative easing, is ending. The shift away from overt market manipulation is causing increased volatility as debt markets are asked to absorb the full ‘weight’ of new Treasury and agency debt issuance measured by duration.

Another reason that the U.S. and EU markets are reacting badly to the old-fashioned securities run underway in China is the fact that global banks cannot deploy capital to support these markets for their own account. The Volcker Rule in the United States, the Basel III Capital rules and various other regulatory and legal strictures have made it prohibitive for large ‘systemically significant’ banks to take risk. As a result, global investors are finding little liquidity available when they try to adjust positions in most major markets. The lack of liquidity in global credit and equity markets is an unintended consequence of the regulatory reaction to the 2008 financial crisis, as discussed in a research note for KBRA (“China, Deflation & the FOMC”).

Regulatory pressure on big banks to reduce risk has left markets more vulnerable to price swings fueled by emotions and the movements of small investors, according to Jefferies Group. Forcing Wall Street firms to cut inventories of the assets they help customers trade has “engendered a substantial and growing void in liquidity,” the investment bank’s leaders, Richard Handler and Brian Friedman, wrote in a quarterly letter to clients. The lack of liquidity increases the relative volatility of all debt securities even as benchmarks also suffer due to reduced turnover.

When you consider the policy combination of reduced market liquidity due to regulation and active manipulation of asset prices by the Fed, the ECB and other global central banks, the turmoil seen in the first two weeks of 2016 is hardly surprising. The increase in equity market valuations in the major industrial nations over the past several years is a direct result of official manipulation. Without a corresponding increase in incomes and aggregate GDP, elevated asset prices must eventually decline. This is one reason, perhaps, why Chair Yellen and her colleagues on the FOMC have largely stopped talking about the 2 percent target for inflation that was until recently a key goal of U.S. monetary policy.

It seems a bit much to think that the FOMC could reasonably expect to reach a 2 percent inflation rate even as it was manipulating asset prices and creating credit bubbles in sectors like energy and industrial commodities. The low interest rate regime maintained by the Fed since 2008 fueled rising commodity and asset prices, and a lot of end demand in nations like China—demand that is disappearing as credit conditions change. China is an important part of the global economy, no doubt, but the fundamental change in posture by the world’s de facto central bank is the chief source of angst in the global capital markets today.