The Blessings of the Moroccan-Israel Agreement 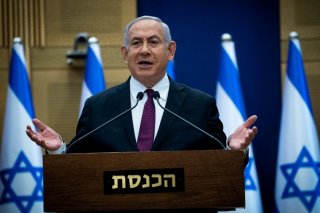 As a Moroccan citizen who has worked for years to bring Jews and Muslims, Moroccans and Israelis closer together, I was overcome with pride and gratitude after yesterday’s announcement of new diplomatic relations between our kingdom and the state of Israel. I was also struck by two ways in which some critics have detracted from the agreement or its authors—and in doing so missed key facets of what the deal means and says about the region.

First, some observers have diminished the new agreement as merely the formalization of a de facto partnership between Morocco and Israel dating back sixty years. It is indeed the case that the two states have assisted each other vitally for decades: Not only did intelligence and security cooperation help Israel defend itself in the 1967 war and Morocco win its Sahara war a few years later; quiet Moroccan diplomacy proved instrumental in fostering peace between Egypt and Israel. These and other fruitful partnerships stem, in turn, from ties of blood: one million Israelis are of Moroccan origin, and King Mohammed VI is designated “Commander of the Faithful” to both Jews and Muslims in his country. In recent years, moreover, the Moroccan government has worked proactively to revive the remnants of indigenous Jewish life as well as promote Jewish-Muslim rapprochement globally.

But the transition to formal relations was not inevitable. A third of Morocco’s population currently identify with Islamist movements and parties that continue to reject Israel’s right to exist. “Anti-normalization” activism remains a prominent facet of our culture, which found expression fewer than five years ago in a parliamentary bill that would make it a felony to engage Israeli citizens in any way. In the kingdom’s vibrant, multi-party political system, steadfast political leadership will be necessary to see the diplomatic process through and ensure the agreement wins widespread popular support.

Thus is not possible to fully understand the kingdom’s remarkable new decision without acknowledging a catalyzing shift: the role played by Jared Kushner as “creative disrupter” of decades of diplomatic convention. With Morocco now the fourth Arab country to reach new terms with Israel in as many months, it should be clear that Kushner’s strategic vision of a regional approach—so widely derided as “naive”—has borne fruit. It behooves policymakers to examine and draw lessons from Kushner’s approach in order to build on it in the years to come.

The second critique of the agreement relates to the American commitment, included in the White House statement, to recognize Morocco’s sovereignty over Saharan territory—a blow to the Polisario separatists who want to create an independent state there. Some voices on the left, portraying Moroccan claims to the territory as somehow out of step with international norms, have sought to paint this American concession as a dramatic change in policy—a game-changer, so invaluable to Morocco that the kingdom accepted the treaty with Israel as an offer it couldn’t refuse.

In truth, however, great powers have been drawing closer and closer to the Moroccan position on the Sahara since 2006, when the kingdom proposed a plan for the disputed territory that would grant its residents autonomy within the framework of Moroccan sovereignty. Both the UN and the EU have touted the plan as “serious and credible.” Even Russia and China—longtime allies of the Polisario’s chief backer, Algeria—have expressed interest in a “political solution” that would draw from the Moroccan proposal. Small wonder that they have done so: While the Polisario enclave beyond Morocco’s borders remains a place of poverty and suffering and a hub of terrorism, the Moroccan side of the Sahara has seen billions in investment and become a desirable place to live. Thus the term “inevitable” may more aptly describe U.S. recognition of the Moroccan Sahara than the Moroccan-Israeli agreement itself.

Peace between Morocco and Israel will find its discontents, to be sure, both within the kingdom and elsewhere. But its firm foundation—centuries of shared history—will ensure that it outlasts its detractors. In my country, moreover, millions of young people have tired of extremist, xenophobic ideologies and want the opportunities and benefits which only peace and partnership can bring. They see in Israel a strong partner in developing their economy, spreading opportunity, and securing Morocco’s future. For Israelis, meanwhile, Morocco is both a vaunted destination for tourism, trade, and cultural enrichment and an anchor in the continent of Africa, where the Jewish state’s engagement has many countries more to reach. Palestinians, for their part, can take heart in Morocco’s distinguished history of support for their rights and welfare: as long-serving head of the Arab League’s Quds Committee, King Mohammed VI surprised no one by calling President Mahmoud Abbas to assure him that the new deal with Israel would only strengthen his commitment to the two-state solution.

So I thank God for this new agreement—as well as the people who made it so, from Moroccans, Israelis, Jews, and Muslims of years past to the young, creative thinkers who struck the final hammer blow.

Ahmed Charai is a Moroccan publisher. He is on the board of directors for the Atlantic Council, an international counselor of the Center for Strategic and International Studies, and a member of the Advisory Board of The Center for the National Interest in Washington.