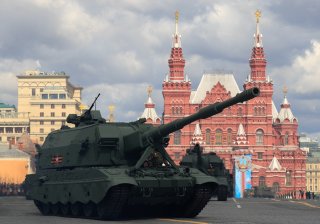 Russia’s invasion of Ukraine raises the fundamental question of whether Vladimir Putin will remain in pursuit of maximalist goals which apparently include regime change in Kyiv. Important situational and dispositional variables help the observer understand the initial decision to invade as well as evaluate Putin’s resolve and ability to stay the course. While Putin’s character and worldview are of primary importance, the opinions and attitudes of Russia’s elites and mass publics are also significant factors.

Dispositional factors in Putin’s decision to invade Ukraine are rooted in his grievance that the collapse of the Soviet Union led to the loss of Russia’s global and regional influence as well as the spread of domestic disorder. Putin has long condemned the United States for attempting to obstruct Russia’s recovery of its status as a great power. He views Western expansion into former Soviet space as a dire threat to Russia’s core interests and values, including the stability of both state and regime—two very different concepts which he has apparently fused together in his understanding of Russia’s national security. Putin sees the gradual, halting movement of Ukraine out of Russia’s orbit and toward the democratic West not only as a geostrategic calamity but as a normative threat to his autocracy and a negation of Russia’s historical identity. This perspective enables Putin to rationalize military aggression.

Situational factors in the form of the anticipated costs of war have reinforced Putin’s decision to use force. Paradoxically, Putin believes that while the West is a powerful threat it is also increasingly weak due to the advanced decay of its political culture, the chronic disorder of its democratic institutions, the rise of China, and America’s seeming retreat from global positions. Putin’s resolve is also bolstered by his modernization of Russia’s armed forces and Moscow’s close relations with Beijing. Perhaps the most important source of his resolve is his evaluation of the domestic political risks and benefits associated with a war against Ukraine. Putin likely considers the costs to be low due to the repressive capacity of the political system created by him and largely controlled by like-minded elites, particularly the so-called siloviki who have current or previous ties to the security services and the armed forces.

Russian Elites: The Siloviki as a Source of Putin’s Resolve and Power

An important resource for understanding how the perspectives of Russia’s diverse elites relate to the current crisis is the multi-year Survey of Russian Elites, 1993-2020 supervised by Sharon W. Rivera and William Zimmerman. Release of the 2020 data is in preparation and an analytical report was recently published under the direction of Rivera, who is also an expert on the siloviki. SRE 2020 provides insights into the values and interests of Russian elites in business, media, culture, science, politics, and the military/security services. Among these groups, the siloviki stood apart on several important issues, including their understanding of Russia’s national identity. SRE 2020 asked respondents what they would prefer Russia to be: a modern, prosperous country even if it were not among the most powerful of states, or a leading power that was respected and feared by the world. By a ratio of 86:11, the siloviki wanted Russia to be feared and respected. Similarly, 63 percent of the siloviki in SRE 2020 favored increased military spending (outpacing other groups). In their responses to another question, the members of this group also affirmed that military power rather than economic strength is the most important determinant of the international standing of a state.

Putin’s foreign and domestic policies are entwined with the preferences of the siloviki. Together they have linked and securitized patriotism and the Orthodox faith as key supports for an anti-Western and particularly anti-American ideology. With an inner circle already dominated by leading members of the siloviki, Putin may become even more reliant on this group as he pursues a risky foreign policy of military aggression while further tightening domestic political controls. According to SRE 2020, the siloviki are significantly more committed than other groups of elites to maintaining public order “at any price,” which presumably would include keeping Putin in power at all costs. While the diversity of the sub-groups of the siloviki may weaken its overall political cohesion, the data of SRE 2020 point to their agreement on several core issues, including increased military spending, domestic political regimentation, hard power as the foundation of international influence, the United States as a serious threat to the Russian state and regime, and strong support for close relations with China.

Against the views of most siloviki, a majority of the other elites in SLE 2020 favor the development of a modern state and a prosperous society that would require better relations with the West. As for still closer relations, 31 percent of SRE 2020 respondents favored the European Union as a desired partner compared to 28 percent for China and 7 percent for the United States. By contrast, only 8.6 percent of the military/security agencies favored the EU as a partner while 46 percent favored China (43 percent selected “None”). No respondents in this group selected the United States.

Elites in the executive and legislative branches favored policies that promote a high standard of living at home over those which advance respect and fear abroad by 51-49 percent. The preferences of other elites were lopsided in favor of prosperity: the “private business” group (77-23 percent); the “media” group (74-26 percent); and science and education elites (74-25.7 percent).

The non-siloviki elites of SRE 2020 also considered Russia’s domestic problems (such as corruption, economic stagnation, etc.) to be of greater concern than the growth of U.S. military power, American information warfare, or a “color revolution” purportedly fueled by the West, each of which the Kremlin has cast as serious dangers. Employing a scale that measures threats from “least” to “utmost,” SRE 2020 found that elite concern over the failure of the Russian state to solve domestic problems had grown significantly as an “utmost threat”—from 32.1 percent in 2016 to 46 percent in 2020.

Worry over the “further expansion of NATO” persisted among all elites in SRE 2020 but was still twelve points lower in the aggregate than anxiety over domestic problems (32 percent of respondents overall viewed NATO as an “utmost threat” in SRE 2020). By contrast, only 25.7 percent of the siloviki group saw domestic problems as an “utmost threat.” And while just over 50 percent of SRE 2020 respondents overall supported the use of military power to defend Russians against discrimination in post-Soviet states, just under 40 percent were unwilling to do so. Although a majority of SRE 2020 respondents favored the independence or annexation of the pro-Russian breakaway regions in eastern Ukraine, it is unclear whether these elites would now view the invasion of Ukraine as an authentic defense of ethnic Russians and other Russian speakers.

In comparison to Russia’s elites, the divisions among the country’s mass publics are less prominent. Polling data indicate that most of the Russian population does not support an aggressive, expansionist foreign policy reminiscent of the Soviet era. Surveys in 2021 confirm that most Russians and Ukrainians have positive attitudes toward one other as individuals and that a majority of Russians, unlike Putin, accept Ukraine as an independent state. Other surveys underscore the opposition of most Russians to military aggression against Ukraine. Such attitudes reflect the widespread concern that both ethnic Russians and ethnic Ukrainians, who share centuries of inter-marriage as well as political, cultural, and socio-economic ties, could suffer and perish in significant numbers in war. Participants in pre-war surveys understood that Ukraine would be better prepared for an assault today than in 2014 (when Crimea was annexed) and could inflict heavy casualties on Russian forces even in defeat. Such images now on the internet and in foreign mass media have not restrained Putin. Nevertheless, they have already stimulated anti-war protests in Russia and are likely to have a continued effect on Russian opinion and political behavior.

Russians may also reproach or perhaps turn against the regime because the invasion of Ukraine places their hopes for Russia’s future still further out of reach. When asked in an unpublished 2019 Levada survey whether they prefer that Russia strengthen its military power or improve the well-being of its citizens, the overwhelming majority (82 percent) chose the “well-being of its citizens.” Only 12.2 percent favored a build-up of military power. Similarly, the opinions in an unpublished 2020 Levada survey broadly align with those of SRE 2020 in that 63 percent of participants wanted Russia to have a high standard of living even if it were not one the most “powerful countries in the world.” Only 35 percent of respondents preferred the alternative, that Russia be a “great power which other countries respect and fear.” Another recent survey confirmed these inward-looking attitudes and values: only 19 percent of respondents considered “having a powerful military” an essential attribute for Russia to be considered a great power. These responses emphasize the ongoing struggle among Russians over how to define their national identity and chart Russia’s future.