A Blueprint for Capturing Carbon and Saving the Earth 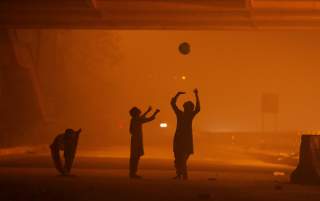 Recent reports on the Green New Deal focus on the need to decarbonize the economy. Reports focus on advancing these goals by various measures that will cause great pain.

- Consumers and businesses will need to buy new technology having previously invested in older ones, for instance, abandoning scores of millions of fully functional fossil fuel propelled cars and buy electrically powered ones.

- The costs of most technologies that emit carbon will increase, including cooling and heating.

- Several new taxes will have to be tolerated to pay for the new measures.

- The government will command greater control over the economy and societal decisions via scores of new regulations.

Supporters of the Green New Deal (and those of other major drives to protect the world from climate changes) argue that these pains are unavoidable given the magnitude of the threats to our existence, security, and economic well-being. These supporters hold that in the long run the huge costs will be covered by savings, for instance, we shall no longer have to spend scores of billions on rebuilding flooded cities, burned out towns, or to cool overheated parts of the world.

Although there is a degree of truth in both claims, one cannot ignore that, all said and done, the public has to be willing to absorb the high level of pain entailed in the changes involved—and it is far from clear that such a willingness exists or can be engendered. Hence, there is merit in considering a change in the composition of the climate-saving measures. To reduce pain, we should increase investment in finding ways to capture carbon versus measures to cut emissions because the implementation of carbon capture policy is much less painful than policies cutting emissions. Carbon capture does not entail forcing people and businesses to give up much of anything or change their life long habits.

I cannot stress enough that both capture and emission cuts are necessary given the magnitude of the problem. And it makes little sense to drain carbon if new ones will flood in. However, one can adjust the balance of strategies used and rely relatively more on capture—to make the change over more tolerable.

Carbon captures, as the name implies, are technologies that remove carbon from the air. Carbon is either captured by living organisms (and, increasingly, artificial ones) and converted into biomass or carbon. Often, it is trapped as it is emitted, pressurized, and then stored in the ground or in the ocean. Storing pressurized carbon underground, in a process known as geological sequestration, allows for a relatively large amount of carbon to be stored in a small area as rock formations act as a seal to contain the compound.

Forestation is a great way to capture carbon and emit oxygen, but this is a relatively costly and slow process. Preventing deforestation, especially in countries such as Brazil, is an important way to fight climate change, but alone cannot capture nearly enough carbon. Making artificial leaves may be a solution. Researchers at the University of Illinois at Chicago recently created artificial leaves that mimic photosynthesis and are ten times more efficient at drawing carbon dioxide from the air than natural leaves.

The Carbon Capture and Storage Association asserts, if implemented correctly, carbon capture technologies can capture 90 percent of carbon dioxide produced by fossil fuels. A 2019 report by the Clean Air Task Force finds if carbon capture technology was used across the U.S. energy sector, forty-nine million tons of carbon dioxide would be removed from the air by 2030—the equivalent of seven million cars being taken off the roads.

What is needed now is a kind of Manhattan Project for carbon capture. In 1939 the United States invested in the research and development of nuclear weapons to combat a foe threatening its very existence. The United States spent more than $1.9 billion ($26 billion adjusted for inflation) on the project. Bringing together the world’s top scientists, the Manhattan Project was able to produce nuclear weapons in a matter of years. We now need such a concentration of research and development resources, and about $25 billion a year for five years, to develop and scale up carbon capture technologies. True, one may be able to achieve similar climate-protecting goals by cutting evermore emissions. However, given human nature, mitigating the pain of the transition greater reliance on the less painful measures is the more prudent way to proceed.

Amitai Etzioni is a University Professor and Professor of International Affairs at The George Washington University. His next book, In Defense of Patriotism, will be published by University of Virginia Press this summer.