A Blueprint for Rebuilding America's Military After the Coronavirus 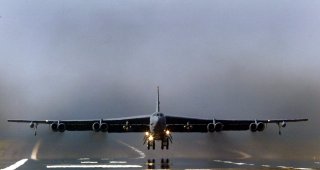 We are still a long way from fully understanding the near-term impacts of the Coronavirus pandemic. Yet paradoxically some of the longer-term implications are already clear. In the aftermath of this pandemic, we can reasonably expect a fiscal hangover following a World War II-level spike in federal spending. We should also anticipate record-breaking unemployment. The pathogen, moreover, has only widened the pre-existing rift between Washington and Beijing, suggesting there will be no abatement of the already heated long-term economic, technological, and military competition.

In the wake of the coronavirus disease, also known as COVID-19, it is a very safe bet that federal discretionary spending will take a hit. While the full extent of government expenditure remains to be determined, the initial stimulus package is $2.2 trillion, and the 2020 deficit is on track to exceed $3 trillion. By comparison, that is more than twice the stimulus and twice the deficit in the aftermath of the 2008 financial crisis. That situation compelled Secretary of Defense Robert Gates to promptly “shut off” the “spigot” of defense spending in 2009 and ultimately led to the Budget Control Act of 2011 and sequestration. Consequently, funding for the Pentagon fell more than $500 billion from pre-BCA funding levels over the next eight years. As painful as those cuts were, they may pale in comparison to what lies ahead.

Regardless of who is president, the forecast for U.S. defense spending just shifted from “flat at best” to an almost certain decline. The Pentagon’s opening move in the coronavirus’s aftermath will likely be to declare war on waste and inefficiency. But once the Defense Department and Office of Management and Budget get serious, they will need a real strategy for cutting defense spending while maximizing combat power and revitalizing the defense industrial base. The twin imperatives of such a strategy should be to ruthlessly prioritize key capabilities and capacities most critical for deterrence and warfighting, while at the same time boosting employment in the defense industrial workforce by expanding high-priority production lines and shifting workers to them.

What should be the military priorities? Above all, it is critical that the United States maintain its ability to strike any target on the planet in response to hostile actions by any actor. This is the foundational capability on which strategies of deterrence—via the threats of both denial and punishment—are built. What makes this tougher now and increasingly in the future is that rivals like China and Russia have built up capable weapons arsenals to prevent U.S. forces from building up combat power in theater in a crisis, as well as to limit the freedom of operation of those forces that can be deployed forward. Operating in such “contested environments” requires, above all, allies and partners that do more for themselves when it comes to their own defense, possibly by judo-throwing the same types of area denial gambits Russia and China have honed. But it also requires a very different mix of U.S. forces.

A far greater proportion of ground forces will need to be forward stationed on allied territory, rather than simply rotated through because moving them there as an expeditionary force in crisis has become too risky and gives an enemy the opportunity to act quickly before they could deploy. They will increasingly need more mobile missile launchers to conduct long-range strikes, air and missile defense, and anti-ship attacks. At the same time, they will need fewer tanks, attack helicopters, armored personnel carriers, and less end-strength (if no longer supporting a rotational base force generation treadmill). The U.S. Marine Corps is already on this trajectory, planning to shed its tanks and howitzers and reduce its manpower in order to build up its island-hopping capabilities for holding hostile naval forces at risk with anti-ship missiles. It should remain an expeditionary force, but no longer look like a second Army.

The U.S. Air Force and Naval Aviation must lessen their dependencies on operations from in-theater air bases and aircraft carriers, which potential adversaries have built up sizable missile forces to attack. Instead, strikes will have to be conducted from the edge of a theater or beyond. This will place a premium on long-range and endurance, where unmanned systems are particularly attractive. Because the aircraft will have to operate at such distances, they must have sufficient carrying capacity to make their combat sorties economical. And because they are likely to be conducting attacks against targets guarded by sophisticated air defenses, they will need to be highly survivable. All this suggests the need for more bombers which are globally fungible and can deter across multiple theaters, and far fewer short-range, small payload, manned fighters that depend on close-in bases to operate efficiently and would be tied to a single theater. Just as important as getting the future force structure mix right, air forces—along with their ground and naval counterparts—will also need to bulk up their stocks of conventional “smart” munitions—both existing and new types—by an order of magnitude or more.

For naval forces, operations by any power on the surface of the ocean have become risky as the capability of airborne and space-based sensors to find and track ships at sea has increased. Surface combatants still matter for many peacetime functions, but deploying them within range of land-based combat aircraft, anti-ship ballistic and cruise missiles, and ubiquitous submarine threats appear imprudent in the future for any country. Billion-dollar-plus naval surface ships can be defeated by salvos of missiles for a small fraction of their costs. This suggests shifting from the production of large manned naval combatants and aircraft carriers toward submarines, smaller and cheaper manned frigates, unmanned underwater vehicles, towed undersea payload modules, as well as autonomous surface vessels for missions like anti-submarine warfare.

Lastly, the recent establishment of the U.S. Space Force underscores the increasing importance of space for deterrence and national defense. Whoever controls space will have an advantage in future terrestrial conflicts. Therefore, it is critical to ensure that the Space Force’s resources are protected in a period of budgetary decline to serve as a fighting force, not simply as a support function for the other Services. It will also demand a revitalized and expanded space industrial base that embraces commercial partners with a new generation of astrophysicists, aerospace engineers, and computer programmers in its ranks. Similarly, the United States will want to preserve as best it can its nuclear forces, counter-WMD capabilities, and special operations forces for global direct action, special reconnaissance, and unconventional warfare, as well as continue to expand its cyber and electronic warfare capabilities to conduct highly cost-effective non-kinetic attacks.

These priorities are not new. Numerous defense officials and analysts have been saying and writing many of the same things for decades now. The rub of the problem is how to make needed shifts. How can we increase key power projection capabilities like the ones highlighted above while mollifying service, political, and industrial interests that prefer to maintain the status quo, even if that status quo leaves us ill-prepared to deter or fight the next war?

In the aftermath of the Coronavirus, any plan for defense investment has to be one that preserves jobs in the defense industrial base, even with declining defense budgets, to avoid making America’s national unemployment problems worse. Rather than thinking simply about cutting programs, let’s figure out how to shift high-skilled workers from legacy programs to higher priorities, as well as how to maximize the repurposing of production lines to the greatest extent possible. For example, how about ramping up procurement of new bombers (and exporting them to key allies like Australia and Britain) in a way that lets all combat aircraft manufacturers use their current production lines to help manufacture more of them while reducing unit costs? Similarly, how about retooling shipbuilding facilities to produce more submarines and unmanned underwater and surface vessels and shifting workers toward these growth areas?

Finally, let’s accept excess capacity in areas that make strategic sense, like precision-guided munitions production, and reduce excess in areas that matter far less in the future. The defense industrial base will never be a paragon of efficiency. But if we’re going to have inefficiency, why not make it strategically purposeful, like demonstrating to rival powers that we have a deep weapons magazine and ample resources to ramp up production quickly? In a similar vein, we might consider creating the equivalent of a Civil Reserve Airlift Fleet for reusable space launch vehicles for in extremis surge capacity.

America and the world are still grappling with the immediate challenges posed by the coronavirus. While we do not yet know how this will play out, and most Americans are—rightly—focused on simply getting through the next few weeks, it is important to start thinking about how we will emerge from the present crisis, and what sort of a defense investment strategy we should pursue in the coming return to austerity. With fiscal pressure certain to grow, it is critical that we focus our investment and put the industrial base back to work on building the military forces that will be most important in the decades ahead. America can once again be the “Arsenal of Democracy,” but only if the nation re-tools quickly to meet the threats of the twenty-first century.