Book Review: Africa at the Crossroads by Riccardo Pelizzo 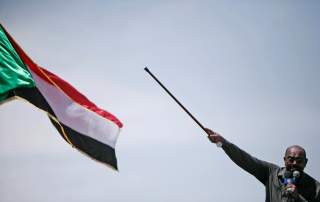 In the last half-century, sub-Saharan Africa has grown from a sparsely populated region of 250 million people spread over an area the size of the United States, Mexico, and Canada combined into an increasingly urbanized region of more than one billion people. Though still less crowded than behemoths like India and China, sub-Saharan Africa’s fertility rate of five children per women is double that of India and four times that of China. And the population will almost certainly double again by mid-century, after which it is anyone’s guess as to when (or if) Africa’s population growth will finally slow down.

Africa specialists like Riccardo Pelizzo, writing in Africa at the Crossroads, are keen to convince the world that the economies of sub-Saharan Africa are also booming, but here the case is not so clear. Pelizzo points out that many economies in sub-Saharan Africa have seen sustained growth of 3.5 percent or more over a period of fifteen years, but that seems paltry compared to the numbers being racked up in Asia. With populations expanding at 2.5 percent annually, 3.5 percent economic growth just isn’t that impressive. And then there are the periodic busts.

Asian countries like India and Vietnam—to say nothing of China—have managed three decades of consistent growth ever since liberalizing their economies in the early 1990s. In fact, what growth Africa has experienced in recent years seems to have been driven mainly by Asian demand for African commodities. And the one sub-Saharan African country that has managed substantial manufacturing growth, Ethiopia, has done so through Chinese strategic investment. Sub-Saharan Africa may no longer be suffering periodic famines (except in areas affected by civil war), but it is hardly a model of development.

That said, Pelizzo’s book offers something much rarer than simple Africa boosterism: it offers deep, data-driven insights into sub-Saharan African politics. Pelizzo marshals data from the Afrobarometer survey for more than two dozen countries on topics like corruption, trust, governance, and even people’s approval of their own members of parliament. Unsurprisingly, he finds that corruption is a major driver of people’s lack of faith in governmental institutions. He thinks corruption among members of parliament is particularly insidious, since it also contributes to political instability.

But there’s a conundrum here: as Pelizzo himself points out, many African heads of state manage to stay in office for decades on end. When a country is run by a dictator and president-for-life, what does corruption in parliament matter? And how can such countries be considered “politically unstable” when the same politicians have run the country for decades? Even when there is an alternation in power, which recently occurred in Zimbabwe and the Democratic Republic of the Congo (DRC), it is often between generations of the same party or even the same family.

The DRC is a case in point. It has just completed the first peaceful leadership transition in its history as an independent country, but the new president, Felix Tshisekedi, is the son of the long-time opponent of the father of the old president, who took office on the occasion of his father’s assassination. Similar stories abound. It’s as if American politics consisted of no one but Clintons and Bushes alternating in power every thirty years. That’s nothing if not stability.

Yet according to Pelizzo, political instability is the greatest barrier to foreign investment in sub-Saharan Africa. Interestingly, corruption is not a barrier: Pelizzo finds absolutely no correlation between levels of corruption and levels of foreign investment. That may be because political instability has confined foreign investment mainly to the one sector that gives investors no choice where to invest: natural resources. If you want to strike gold, you have to go where the gold is, not to the country with the best investment climate. If sub-Saharan Africa had more stable countries, then there might be more pressure from investors to clean up corruption, since there would be more competition across countries for their investment.

If dictatorship doesn’t create political stability, then what does? Here Pelizzo falls flat. Countries with systems as diverse as those of China and the United States are politically stable, but somehow we all know that sub-Saharan African countries are not. Pelizzo seems to recognize that, but he doesn’t offer a definition or test of political stability, and as a result can’t offer a path toward achieving it.

Africa at the Crossroads offers unique cross-national insights into sub-Saharan Africa’s politics. It also includes deep political analyses of individual African countries, Tanzania in particular. But it does not pull these together into a systematic interpretation of political instability in Africa—or how to address it. To some extent that shortcoming reflects the structure of the book, which has been compiled from dozens of short essays written over a period of three years. These should have been better integrated for the book. Still, just like African gold, when there’s nowhere else to find what you want, then you have to go where it is. Africa at the Crossroads delivers the goods.