Is Brazil Ripe for Another Impeachment? 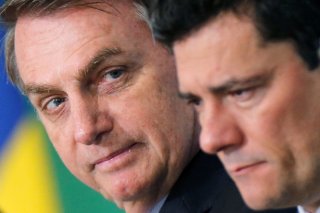 Maybe, if the Brazilian Congress manages to pull off yet another presidential impeachment, it would be the third in less than thirty years. Riding on a wave of promising zero-tolerance with corruption, better security, and much-needed economic liberalization, Brazilians elected Jair Bolsonaro by a landslide in 2018. Bolsonaro is now reeling from recent accusations of unlawfully meddling in Brazil’s Federal Police, bending the rules in order to protect his sons suspected of being involved in criminal activities, in addition to botching the fight against the coronavirus pandemic. This may cost him his presidency.

In the coming weeks, the Brazilian Congress will be evaluating four different requests for opening impeachment procedures against Bolsonaro. Impeachments usually pay off for the Brazilian economy. Fernando Collor de Mello was removed from office in 1992; the following year, the Brazilian GDP grew by 4.6 percent. In 2015, President Dilma Rousseff (who at this point enjoyed ample support from then-senator Collor de Mello) was impeached. Her political fall gave momentum to further investigations into high-level corruption. Brazil has since enjoyed four years of GDP growth. Far from being a destabilizing boogeyman, as impeachment skeptics like to paint it, both instances helped clear the way for necessary reforms, which translated into greater economic growth.

Yet how did Bolsonaro arrive at this low point? According to pollsters XP/Ipespe, in January the president was enjoying a relatively high approval rate, with 40 percent of respondents saying he was doing a “great or good” job and with only 20 percent of respondents evaluating his performance as “bad or awful.” Today, the positive impression has dropped to 35 percent while the negative reviews have spiked to an all-time high of 26 percent.

This week was a perfect storm of poor optics combined with gross incompetence and a general sense that the president has attempted a heavy-handed political maneuver to protect his sons from the investigation. The past week saw Bolsonaro participate in a rally (at the height of the coronavirus pandemic) where protesters were holding signs openly asking for a return to a military regime, an opinion from which the president had sought to distance himself during his electoral campaign. Bolsonaro then decided to appoint an officer from the Brazilian intelligence agency, who is a close friend of the Bolsonaro family, to head Brazil’s Federal Police. This brought him into loggerheads with the minister of justice, Sergio Moro who resigned in protest. In Brazil, the Federal Police falls under the jurisdiction of the Ministry of Justice.

Prior to being appointed Minister of Justice, Segio Moro was the very popular judge responsible for investigating and arresting corrupt politicians (including former president Luis Inácio “Lula” da Silva, and industrialist Marcello Oderbrecht) in the Lava Jato Operation (Operation Carwash). This was the greatest investigation into corruption in Brazilian history. Moro quit the government citing pressure from the president for attempting to obstruct justice which immediately split the president’s supporter base losing him thousands, maybe millions of potential voters. Bolsonaro’s pick for replacing Moro is André Mendonça, a lawyer who also has very close ties to the Bolsonaro family. The presidents’ sons have several accusations hanging over them. Most recently his son, Carlos, who is also a politician, is suspected of using taxpayers’ money to fund a social-media blitz to threaten and defame judges as well as politicians. Brazilian stocks tanked after the announcement of Moro’s departure.

And lastly, Bolsonaro has dropped the ball in the fight against the coronavirus. Although he did mobilize the Brazilian army to build several field hospitals across the country and to ramp up the production of ventilators, Bolsonaro gave an absurd speech calling the virus “a little flu.” When asked about the mounting death toll in Brazil, he said: “So what? I may be a Messiah (his middle name Messias means Messiah in Portuguese) but I can’t make miracles;” thus striking a particularly tone-deaf note in the ears of a population struggling to cope with the pandemic. A month before Moro’s resignation, Bolsonaro had already fired his health minister, Luiz Henrique Mandetta, who had criticized the president’s handling of the coronavirus crisis.

In Brazil, impeachment proceedings tend to succeed in toppling presidents, being hugely popular with the electorate. By alienating Sergio Moro and his admirers, Bolsonaro has squarely placed himself on the opposite end of his campaign promises to fight corruption. As the coronavirus crisis wreaks havoc in Brazil, the president’s popularity continues to plummet. The combination of these factors with the president’s propensity to put his foot in his mouth could spell an early end to his mandate.

Marcos da Rocha Carvalho was recently awarded a writing fellowship at the America’s Future Foundation. He has previously worked at the Charles Koch Institute, the U.S. Department of State, the Center for Applied Linguistics, Houghton Mifflin Harcourt, and The Washington City Paper.