Breaking Down Hillary's Benghazi Testimony (And Some Unavoidable Truths) 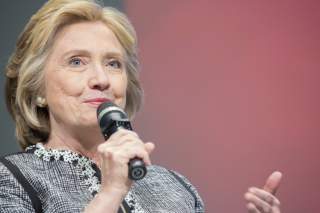 There are two unavoidable truths at the heart of the Benghazi hearings, the eighth and latest of which yesterday placed Hillary Clinton before a House select committee chaired by Rep. Trey Gowdy (R-S.C.) for a grueling 11 hours of questioning.

The first of these truths is that the Obama administration, including Mrs. Clinton as secretary of state, tried to minimize the political impact of the murder of U.S. ambassador J. Christopher Stevens and three other Americans in Benghazi on Sept. 11, 2012 by hastily blaming the attacks on crowds purportedly outraged by the release of an anti-Muslim film on the Internet. Correspondence from the private email server Mrs. Clinton used as secretary of state shows that she in fact knew on the day of the attacks that they were the work of an “an Al Qaeda-like group” (sic). By publicizing this fact, Gowdy’s committee may not quite have proved that the “spontaneous demonstrators” narrative was an outright lie—perhaps conflicting reports really did lead Clinton and other officials to believe different things at different times in rapid succession—but the case that the administration tried to spin away a national humiliation less than two months before Obama’s re-election has been strengthened.

The other unavoidable truth is that the Republican congressmen who have so far spent $4.7 million investigating the attacks and Clinton’s role in responding to them are also acting with an eye on the next presidential election. Why pretend otherwise? House Republican Leader Kevin McCarthy hardly did so when he told Fox News in September, “Everybody thought Hillary Clinton was unbeatable, right? But we put together a Benghazi special committee, a select committee. What are her numbers today? Her numbers are dropping.”

The bickering among committee members that punctuated Thursday’s hearing only reinforced the point. A particular bone of contention was the privileged attention that longtime Clinton associate Sidney Blumenthal received in the secretary of state’s correspondence—he had readier access to her inbox than Ambassador Stevens did, Gowdy noted. This spurred a sharp exchange between the chairman and the committee’s ranking Democrat, Rep. Elijah Cummings (D-Md.), who wondered why, if Blumenthal was such a figure of interest, the Republicans wouldn’t release the full transcript of his testimony. When the matter was put to vote, the outcome was along party lines: all seven Republican members of the committee opposed releasing the full transcript, while all five Democrats supported doing so.

Clinton weathered her cross examination and coming to the end of a week in which her most serious prospective rival for the Democratic nomination, Vice President Biden, chose to forego a run, she had reason to feel confident. The Wall Street Journal and other Republican-leaning outlets would use the modest new Benghazi revelations from her emails to reinforce the outrage Republicans already feel about Clinton’s performance as secretary of state, but nothing in her testimony was likely to demoralize Democrats or cost candidate Clinton the votes of independents. Clinton has indeed taken damage from the irregularity (to say the least) of her using a private email server for official correspondence, and she gave her opponents a sound bite to throw against her when she said during an earlier hearing, “Was it because of a protest or was it because of guys out for a walk one night and decided they’d go kill some Americans, what difference—at this point, what difference does it make?” But she came out of Thursday’s hearing unbloodied, while the legislators sniping at her, and one another, came off like grade-schoolers reenacting HUAC hearings.

The most serious line of inquiry pressed Clinton on why she failed to respond to Ambassador Stevens’s requests for heightened security in Benghazi. Her answer all along has been that Stevens’s requests went to security experts at the State Department, not directly to her, and she stuck to that story. The committee failed to catch Clinton in any lie here, although Rep. Susan Brooks (R-Ind.) presented a visual aid that suggested Clinton might be less than truthful: a thick stack of 795 Clinton emails about Benghazi from 2011 and a much smaller pile of 67 emails from 2012. Clinton simply claimed that most of her work as secretary of state was not conducted by email.

If Clinton and Obama acted politically in explaining away the Benghazi attacks three years ago and Republicans like Gowdy are acting just as politically in conducting these hearings, all this might seem like so much partisan theater—sordid but inconsequential. What has been sacrificed for the sake of a fruitless pursuit of cover-ups and sensational lies, however, has been an emphasis on the bare fact that it was the policies pursued by Clinton and Obama—and not their face-saving spin—that cost lives. The decision to send Stevens and other Americans to Benghazi in the first place is the gross misfeasance that demands investigation. But hearings on the intricacies of Libyan policy would not have the political cachet of digging into Clinton’s email.

Republicans made this same mistake on a regular basis during the administration of Mrs. Clinton’s husband, focusing on Bill Clinton’s real or imagined scandals rather than attacking his policies. Mrs. Clinton seems confident that Benghazi and her emails will no more bring her down than Whitewater or the Lewinsky affair did her husband. She can get away with much worse than misrepresenting what was known by whom and how certainly during the night of the Benghazi attacks as long as her political opponents are content not to challenge foreign-policy by bumper sticker—whether hers or their own.