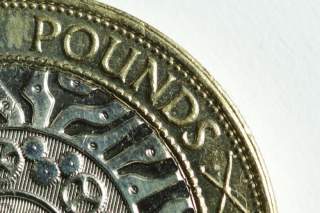 On June 23, Britain will vote on whether or not to remain part the European Union. According to the latest polls, momentum appears to be in favor of leaving, but this may not last. Instead of citing economic concerns, anxiety around EU migration is commonly cited as a reason for voters to be swayed toward leaving. Indeed, the reasons mentioned for leaving are predominantly social matters. But the economic implications of leaving are unpleasant.

To illustrate that leaving will not be enjoyable, the UK Treasury identified three channels through which the consequences of a Brexit will impact the UK economy—all are negative. The transition effect relates to the magnitude of the income loss over the long term as a consequence of leaving the common market. The Treasury estimates this to be about £4,300 by 2030, a substantial figure, and difficult to compensate for through expanding trade channels or through domestic consumption—especially considering that it would be leaving the largest common market.

Also lowering growth will be the uncertainty effect—which is almost certainly already affecting UK growth. More precisely, uncertainty could delay investment decisions due to the range of possible outcomes with the EU, and with U.S. trade and partnerships. A new agreement with EU nations would need to be drawn up, and there could be difficulty getting anything accomplished under the circumstances. The United States is already struggling to cement two large, controversial trade agreements, and may not have the fortitude for another battle. Finally, financial conditions attempts to quantify the effect of the depreciation of the pound and higher borrowing costs on the British economy. A Brexit could cause conditions to deteriorate as borrowing costs rise and asset prices fall. From an economic standpoint, leaving would not be a desirable outcome.

A recent study attempted to quantify the potential costs of Brexit to Britain. The researchers found that if Brexit occurred, the negative effect on the UK economy would flow through income per capita declines alongside lower trade with the EU over time. The authors estimate that per capita income would fall by 1.3–2.6 percent in the best-case scenarios. Further, the researchers find it would be difficult to offset the losses: “Other possible political or economic benefits of Brexit, such as better regulation, would have to be very large to outweigh such losses.”

But it is not all gloom. On the positive side, leaving the EU would probably push inflation toward the Bank of England’s target. However, it would be the transitory type, flowing through a weaker pound, and would likely be accompanied by a recession—the worst type of inflationary scenario. While an exit could cause a recession, a sharp fall in the sterling’s value could lead to inflation. This “stagflationary” outcome is disconcerting, and would lead to difficult policy decisions for the BoE. With this type of risk on the table, the BoE chose unanimously to leave its monetary policy unchanged at its latest meeting, an unsurprising and prudent stance.

What was surprising, however, was the BoE’s willingness to comment on the topic of Brexit and the possible side effects. In fact, the BoE chose to explicitly state the potential consequences of Brexit. In his press conference following the policy decision, the bank’s Governor Mark Carney stated the global spillovers of Brexit would be negative, and it is the topic of conversation with other central bankers. The BoE has admitted Brexit will be difficult to deal with appropriately from a monetary policy perspective.

Global leaders have taken notice of the potential fallout from such a move. While the effects for Britain are predominantly contained to their own economy, the ripple effects could be felt far wider. For instance, in a rare act of agreement, leaders at the recent G-7 meeting cited Brexit as having the potential to cause a particularly bad outcome. In a recent visit to England, President Obama stated his administration’s position that Britain should remain in the EU. Even Federal Reserve Presidents have weighed in on the matter. In a recent speech, Dallas Fed President Kaplan stated Brexit would be a significant factor in the decision to move in June. Since the polls are leaning more toward Brexit then Bremain, this likely removes June as a consideration for a rate hike, unless the polls change dramatically.

For Fed officials, Brexit is a “global uncertainty,” and it is likely to keep the Fed away from a June hike, with July being the realistic timeframe for a policy action. Granted, there have been a number of other Fed presidents who have spoken on the topic with some saying there will be little to no consideration given to the vote. But Brexit is likely to be a factor regardless of how some members feel, given the significant nature of the event.

Brexit, and the threat of it, has consequences. For instance, “Frexit,” or France leaving the EU, is now beginning to gain some traction. The EU will find it difficult to function with major members continuously voting whether or not to remain a part of its institutions. The lack of cohesion begins a negative feedback loop that further erodes the fabric of the experiment.

How could Britain cope with leaving the EU? With the Transatlantic Trade and Investment Partnership appearing mired on both sides, Britain could become the logical partner to gain economic access from both sides of the Atlantic, creating a new Hong Kong–like trading hub between the United States and Europe. Certainly, there is no evidence Britain is taking steps toward becoming this type of intermediary. But this is an example of the type of action that will be required to maintain Britain’s economic position.

If it happens, Brexit will be economically painful in the short term, and constrain future UK growth.