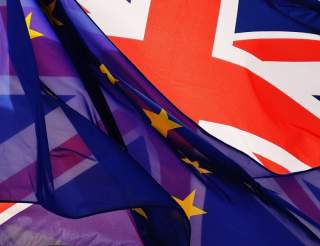 From a strict perspective of American interest, the British vote to leave the European Union is bad news. Great Britain has always played a moderating role within the union and, although they often differed on individual EU issues, tended to stand with Germany as a counter to the bloc of often dysfunctional EU member nations for whom the union has acted as a welfare system and wealth-redistribution scheme. Of more immediate American interest, Britain was also the largest EU member with the most congruous foreign-policy alignment to the United States, and thus a strong force within the union for harmonizing new European aspirations—and pretensions—with the still pertinent transatlantic security and cooperation functions of NATO.

No question about it: the immediate impact is a strong negative for our national interest as well as for the forces for responsible policy within the EU.

Having said that, however, I must still confess to a certain grudging respect for the decision made by the British people. It is a little too easy to blame British smugness, insularity and jingoism for the Brexit, although all of these factors undeniably played a part in the winning exit vote. Brexit is the logical, if rather drastic, response to a relentless, steadily building power-grab from the Eurocrats in Brussels that has already gone far beyond what original advocates for the then Common Market, even Charles de Gaulle, had in mind.

What was originally intended as a logical free-trade area that could also give the free nations of western Europe a stronger voice—backed up by economic clout—in a bipolar world dominated by two intimidating giants (one friendly but clumsy, the other brutal and intimidating) has morphed into an arrogant, power-grasping bureaucracy reflecting many of the worst aspects of the traditional continental tendency toward government by and for a well-paid, largely unaccountable fonctionnaire elite. Strip away all the contemporary hype, and you have a European “project” that has taken on many of the characteristics of the old, authoritarian French model for a “centralized” Europe, dominated by a single giant bureaucracy and an imposed-from-above social model that would have made Louis XIV and Napoleon proud.

While there has been growing dissatisfaction with the direction the EU has been taking in many of the more responsibly governed, mainly Northern European member states, the British vote to opt out is the strongest reaction to date both in its finality and because of the stature—political, military and historical—unique to Great Britain as a member state.

One can only hope that the Eurocrats will take the British votes as a wake-up call since it has been their arbitrary actions, worsening and intensifying over recent years, that are mainly to blame for the Brexit.

Where do we go from here? The best result would be a negotiated exit that preserves some elements of economic and cultural cooperation outside the web of Brussels-imposed regulations, social tampering and wealth redistribution schemes. That, after all, was what the founders of the Common Market, a far more popular and successful venture in more modestly defined goals than the European Union, had in mind in the first place.

Aram Bakshian, who is a contributing editor to The National Interest, has written widely on politics, history and the arts, and served as an aide to Presidents Nixon, Ford and Reagan.