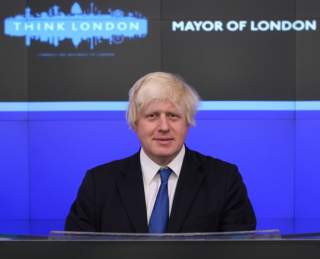 The question of the Brexit referendum regarding the status of the United Kingdom’s membership in the European Union, is relevant to world affairs and reflects the general political mood in the West. On June 23rd, British, Irish, and Commonwealth citizens will be casting their votes for either leaving or staying in the EU. At this point, the polls indicate a 50-50 split of the vote, making the weeks ahead crucial in trying to tip the balance either side. The debate in the UK and in the United States has been fierce as Britain identifies and calculate the costs and benefits associated to either future for the United Kingdom.

The UK leadership is debating multiple issues, including immigration and its welfare costs; financial contributions to EU budget; sovereignty; and to limit the say of non-Eurozone member on Eurozone decisions. But British Prime Minister David Cameron and the EU agreed in January between about the implementation of a special status in case of the victory of the stay campaign, known colloquially as “Bremain”. But overall, the debate in the UK is about regaining control and influence over the decision-making from Brussels to London. The debate is about the power relation between a national capital and the EU.

Prime Minister Cameron has pushed for such referendum. He pledged that if re-elected, he would put the EU membership on the table for a popular vote. During his first mandate, he used serious Euroskeptic language and rhetoric towards the EU. Years later, he is the one struggling advocate for a Bremain. The political landscape is divided into two camps: the pro-Brexit and the pro-Bremain. The pro-Brexit position in favor of a secession, is led by Boris Johnson, former mayor of London, and Nigel Farage, head of the nationalist party, UKIP. In the Bremain camp, Prime Minister Cameron, Chancellor of Exchequer, George Osborne, and Labor party leader Jeremy Corbyn, have been campaigning in favor of the stay campaign. For Farage, Brexit would be a first step toward what he hopes will be the disintegration of the EU. In a recent interview with the Financial Times, he explains that he would like to see emerge “a European continent of individual, sovereign democratic states that trade with each other.”

On the other side of the pond, the United States has tried to remain apart from debate, perceiving this debate as the domestic politics of a foreign country. Washington does not want to negatively impact the Cameron’s campaign, however, President Obama has clearly expressed that the United States would prefer for the UK to remain a EU member. The American interests are directly aligned with a Bremain, as it allows Washington to be closely involved in the evolution of the European decision-making process through its decade long special relationship. But in case of UK departure, it is not certain that the special relationship between London and Washington could be as comprehensive. President Obama explained that in the event of a Brexit, the UK will not receive any preferential status on any sort of trade deal and other global deal. In addition to Ambassador Samantha Power and Secretary of State John Kerry speaking in favor of the stay campaign, Janet Yellen, Chairman of the Federal Reserve, warned that a departure of the UK from the EU could have serious global economic repercussions.

For the EU, the risks of a Brexit are quite considerable, more politically than economically. Even though the UK represents a large share of the overall GDP of the EU and is one of the largest economies in Europe, the EU will have less problems surviving such shock represented by a Brexit than the UK. In early May, the Bank of England broke its silence and warned of several considerable risks for the UK in case of a Brexit counting decline in the value of the pound, delay spending of households and businesses, increase unemployment, hit economic growth and stoke inflation. All these could lead to a recession. Christine Lagarde, head of the IMF, agreed with Mark Carney’s warnings of potential risks of recession.

In the realm of foreign policy and defense, a departure of the UK would certainly cost the future of the Common Security and Defense Policy (CSDP), and harm European diplomacy. This sector has been led by the Franco-British partnership since the late 1990s. France would lose Britain as a viable partner in European defense from both a practical and strategic angle. In foreign affairs, British diplomats have held influential positions in the newly created European External Action Service (EEAS) and over the years at the Commission.

On this question of defense and security, NATO chief, Jens Stoltenberg, underlined that a Brexit could accelerate the fragmentation of the security apparatus in Europe. The UK is one of the largest military forces, a sizeable defense contributor to NATO and the CSDP, and a considerable military budget. In addition, in tandem with Paris and Washington, London provides strong strategic and leadership to the promotion of national and European foreign and defense policies. The ongoing regional crises, from Ukraine, to Syria, Libya, and the Sahel region, require strong cooperation among the members of the transatlantic community. However, a UK departure from the EU will most likely not translate into a split with NATO. On the contrary, London may want to remain closely involved in the transatlantic security architecture.

Farage’s hopes that the EU’s political foundations will implode could occur incrementally. In case of a Brexit, it is probable that member states like Denmark, Poland and even France, under a potential extreme-right leadership, could put the EU membership to a popular vote. Regardless of conceivable departures, a core member state like the UK, leaving the Union would be a considerable blow to the prestige and reputation of the EU.

From London, a Brexit could be perceived as an acceptable risk considering its international status through its high level past. The UK is a G7 member, its ambassador sits at the table of United Nations Security Council as one of the permanent five, and is a core member of the OCDE and IMF. Unfortunately, a Brexit could lead to the disintegration of the United Kingdom as it is quite uncertain that Scotland and Ireland would be in favor of leaving the EU. A year ago, Scotland reflected on its membership to the UK and voted in favor to remain a member. In the case of Ireland, a Eurozone member, it is difficult to see a desire to leave the EU at this point of time. New discussion within the United Kingdom could reemerge and impact the unity of the UK.

In terms of potential departure of the UK from the Union, the Article 50 of the Treaty of Lisbon permits member state to withdraw its membership in accordance with its constitutional requirements. The treaties and obligations of the membership terminates two years after the entry into force of the withdrawal agreement. However, there is no clear procedure on assisting a member states leaving the complex institutional web established since its entry into the Union. A lengthy timeline between a popular vote for departure and the actual departure of the UK from the Union could have considerable consequences for the EU. Politically, PM Cameron may very much be the first victim of a decision to leave the Union.

Despite a considerable degree of uncertainty, the Brexit exemplifies the ongoing malaise in Europe about the future of the Union and the support to European cooperation and construction. The European project has historically lacked popular support, but its leadership has been able to advocate in favor of cooperation, coordination and integration. The degree of interdependence and interconnection among the twenty-eight member states is incredible and oftentimes misunderstood by European citizens. The fact that the UK and other EU member states cannot conceive a commitment to an “ever-greater union” is a serious problem.

In France, Austria, Poland, Greece and so forth, citizens are increasingly voting for populist parties, on the right and the left, as such parties promise a return to full sovereignty, greater control from the EU, and a fight against globalization. The EU is an enterprise based on solidarity, cooperation and diversity. It seems that each concept is losing support and power throughout Europe, as the EU is constantly being framed as a superior power forcing member states to align on a common position. The hopes behind the Brexit campaign were to finally have an honest discussion about state/citizens-EU relations. Throughout the transatlantic community, emotions have taken over facts. The Brexit is only the opening chapter.

Maxime H. A. Larivé, Ph.D., is the Associate Director of the European Union Center at the University of Illinois at Urbana-Champaign.