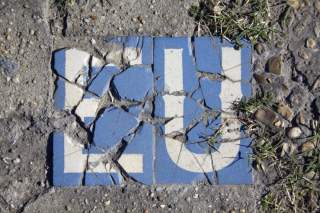 In 2008, as parliaments were ratifying the latest European Union charter called the Treaty of Lisbon, Ireland decided to try something radical: put it to a referendum vote. What happened next seems downright portentous. Despite the endorsement of Ireland’s prime minister and major political parties, the treaty was rejected by a slender but decisive margin. Jaws hit the hardwood from Dublin to Brussels.

A week later, the European Parliament was in chaos. Nigel Farage and his fellow Euroskeptics showed up wearing verdant “Respect the Irish Vote” shirts. Prointegration MEPs dripped with disdain as they sought some way of continuing the ratification process without the required Irish assent. “I’ve listened to a whole series of undemocratic statements,” said one alarmed MEP, “and I’m taking good note of them.”

The Irish later reversed their decision in a second referendum, this time after an onslaught of pro-European campaigning, and the Treaty of Lisbon took effect shortly thereafter. But the initial Irish “no” illustrated something that Euroskeptics have long warned about: the EU’s so-called democratic deficit. Consider that there were only two referenda held on the Lisbon Treaty, they enfranchised less than 1 percent of the European population, both of them were in Ireland, and one of them swatted it down. That’s hardly a stentorian bellow of support from the vox populi.

Last week’s Brexit vote in the United Kingdom unsettled financial markets and rumbled the underpinnings of the EU itself. And yet, as ashen Eurocrat after ashen Eurocrat deplored the result, it was difficult to imagine how they didn’t see this coming. The EU enjoys strong support from parliaments, but when it comes to actual European electorates, it has flimsy backing at best. Now, the people have finally thrown it a haymaker from which it may never recover.

Brexit and Ireland’s referendum aren’t the only democratic blows the EU has suffered. Before the Lisbon Treaty, there was the European Constitution, which also required ratification by all member states. This time there were more referenda and the results were once again mixed: while the Spanish approved, the French and the Dutch both voted it down. This was no tinny lilt of protest from the union’s western hinterland: France and the Netherlands are strong federalists and founding EU members. What happened? The causes are remarkably similar to those behind Brexit. In France, opposition to the charter ran deepest among industrial workers and farmers. Subsequent scholarly research suggests they weren’t targeting the constitution so much as the greater Brussels bureaucracy and their relinquishment of sovereignty to it.

That “S-word,” sovereignty, is rarely heard in our increasingly globalized and interconnected dialogue, yet it’s become the catalyst of much opposition to the EU. Fears of mass immigration are an important sidecar, but the driving concern is over a loss of home rule. According to a poll conducted by the seasoned Lord Ashcroft, a plurality—nearly half—of Leave voters in the Brexit referendum were motivated primarily by “the principle that decisions about the UK should be taken in the UK.” The tab racked up by the democratic deficit had finally come due. Given their first chance in forty years to hold the entire superstate accountable, the British made sure they did just that.

Direct democracy has always been a crapshoot in the EU. The project, initially the European Common Market, was founded without a popular vote, and most of the countries that later joined the euro did so without consulting their citizens. Sweden and Denmark both held referenda on the euro and voted it down, the Swedes by a margin of 14 percent. Norway twice put the question of European membership to its people and twice came back with a no. The Danish last year rejected further EU integration in a vote that was seen as a test of the Union itself. Other referenda have been kinder to the EU, but the picture that emerges is one of an elite-engineered experiment with at best a shaky public mandate.

The EU has often been accused of being antidemocratic in the way it functions, and there’s something to that. Unlike in the United States, new laws are proposed by the European Commission—the EU’s executive branch—rather than by the parliament. Most of the Commission is insulated from popular will: Catherine Ashton, its first vice president, has never been elected to anything in her life. Yet in other ways, the EU is almost cumbersomely democratic, requiring the unanimous consent of all member states to make structural and security-related decisions, for example.

The EU’s real problem—its cardinal sin against democracy—is that most Europeans don’t believe they have a stake in its success. The safeguard against this detachment is supposed to be the popularly elected European Parliament, but turnout in MEP contests is relatively low. This isn’t the fault of conspiring Euro-authoritarians. It’s something far worse: a fundamental defect at the core of the European project. The EU is supposed to be trekking towards “ever-closer union”—a more federalized continent in a more globalized world—yet the European anthem still fails to arouse emotion and Europeans cling to their national identities at the EU’s expense.

Actually, that last statement is probably too sweeping. The EU is still quite popular in nations like Poland and Hungary, where the alternative is the snarling Russian bear to the east. But given the choice in a Pew survey between returning powers to national governments, maintaining the current power balance and transferring more power to Europe, not a single country recorded a plurality in favor of enhancing the EU. In Poland, 9 percent wanted to cede more sovereignty; in Greece, only 8 percent. The strongest support for integration was 34 percent in France, but even then it was outweighed by the 39 percent who want more devolution.

These views are a world away from European elites, many of whom seem chemically addicted to an ever-closer union. Thus did the French and German foreign ministers respond to Brexit with a white paper encouraging further integration. Guy Verhofstadt, an MEP and former prime minister of Belgium, wrote an op-ed for Time demanding “a strong European federation to replace the weak, incapacitated confederation of member states we have today.” The response in Britain has been equally tin-eared, with everyone from the Economist to MP David Lammy surmising that the referendum can be ignored. Media outlets, meanwhile, warn of a Euroskeptic “contagion” sweeping the continent, as though incommodious public opinion is the bubonic plague.

Democracy isn’t the most important political good in a self-governing republic, but if you’re hammering together a centralized superstate that alters your social contract, it does help to check with the people first. So the democratic deficit widens further, while the eyes of EU observers shift to France and Marine Le Pen’s promise of a Frexit referendum. “There is no evolution in France,” observed Raymond Aron. “Once in a while we have a revolution.” Could another one be brewing? Stay tuned.