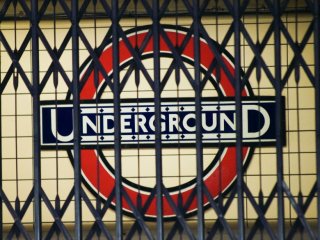 On June 23, the United Kingdom will hold a referendum that will determine whether it remains a member of the European Union. Arguments abound in both the pro- and anti-Brexit camps over the drawbacks and benefits of staying or leaving. In fact, current polls among the British public are so close that world leaders have begun to voice their opinions on the subject. Although the international community respects that this is a decision for the British people, the consequences of a Brexit would deal a devastating blow to Europe and reverberate throughout the world economy. Beyond the apparent economic concerns, a Brexit would have dire consequences for national security—both for the UK and the EU. It would jeopardize the unity of the NATO alliance, potentially reignite the debate over Scottish independence and, perhaps most importantly, add increased pressure to Europe’s already-delicate political climate. At stake is the future of a united Europe.

It should come as no surprise that this is already a difficult moment for the European continent. From a resurgent Russia to a crippling migration crisis and an overarching threat of terrorism, Europe is facing tremendous challenges from East to West and North to South. Although cohesiveness in the face of numerous crises can be hard to come by, this is the moment when the EU and its member states cannot afford to be anything but in lockstep. As difficult as it may be, Europe must unite behind a common cause and determine a strategy that examines its challenges both individually and collectively. This is also the opportunity for the EU to work more closely with other organizations, particularly NATO.

Yet the potential Brexit runs counter to this overarching narrative. For the UK itself, an original 1949 signatory of the Washington Treaty, it risks forfeiting its status as a key member of the alliance. London currently plays a central role, funding nearly 11 percent of NATO’s aggregated budget, and has enjoyed significant sway among members since the alliance’s inception so many years ago. Although a Brexit would not directly affect Britain’s NATO membership, the friction caused by such a decision could adversely impact its standing more broadly, weaken Britain’s negotiating power and further fracture NATO as a whole. Although “leave” campaigners have said a Brexit would not create a ripple effect throughout NATO, others disagree. At a time when Russian aggression has reached unprecedented post–Cold War heights, the commander of U.S. Army Europe, Lt. Gen. Ben Hodges, has said a Brexit could have “a knock-on effect” for the NATO alliance, thus weakening the European bloc and creating a golden opportunity for Vladimir Putin to extend his sphere of influence throughout the continent.

A Brexit would not only limit London’s sway within the NATO alliance, but it could further fracture Britain itself. In September 2014, the UK held a referendum to decide whether Scotland should remain part of the UK or emerge as an independent country. Although the British people elected for a united Britain, there are questions as to how a Brexit could reignite debates over Scottish independence. Some, such as Jim Sillars, former deputy leader of the Scottish National Party, dismiss the potential that a Brexit could lead to Scottish independence, citing concerns over the tremendous uncertainty that would follow. Others, such as Sir John Major, a former British prime minister, note the “high probability” that Scotland would now vote yes to leave the UK because of the Scots’ desire to remain a member of the EU. Such a move would be all the more disastrous for London.

Looking beyond the significant challenges that a Brexit would cause for Britain’s own security, there are worrisome consequences for the EU as well. Willingly invoking article 50 of the Lisbon treaty (the exit clause for members who wish to leave the EU) would prompt the withdrawal of one of the EU’s most influential members. Taking such an unprecedented step would send a very clear signal to the rest of Europe and the world writ large that the European project is in turmoil, if not failing. It is a message that expresses a lack of confidence in the institution that undergirds the continent’s determination to be “whole, free, and at peace.” A Brexit could push the EU over the edge, widening the fissures that have begun to show among its member states as the continent grapples with an array of security crises. A post-Brexit Europe would be fractured.

A Brexit would also set a dangerous precedent for other nations to do the same. Any member state could insist upon negotiating its special status within the EU, crippling the organization’s ability to focus on the external threats it must confront. Britain and Europe more broadly cannot afford to be distracted by the internal politics of this fractured alliance. That is not to say that EU member states should follow Brussels blindly—there should be a healthy debate on all EU actions—but these nations and their leaders cannot be consumed by the bureaucratic battles that could intensify should Britain leave.

There is simply too much at stake to ignore the repercussions of a potential Brexit. Such an action would result in immense security challenges for both Britain and the EU itself. Although the decision could go either way, if the UK does decide to remain in the EU, Brussels should use this as an opportunity for a reboot. From now on, the EU and its member states must work together to regain the trust and confidence of the European people. Now, therefore, is not the time for each nation to pursue its own policies unilaterally without the shared power of the institution. This is the moment for the EU to patch up its differences, find common ground and move forward together as an entity. The whole truly is greater than the sum of its parts.

Michelle Shevin-Coetzee is a researcher and Rachel Rizzo a research associate with the Strategy and Statecraft Program at the Center for a New American Security.