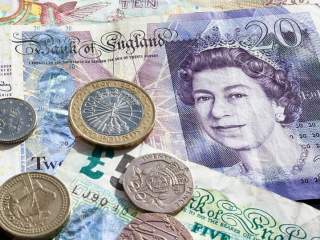 As the British public prepares to vote in a referendum on whether to stay in the European Union, it is hardly thinking about the complex economic consequences. Instead, matters of sovereignty and culture seem to hold pride of place in their collective mind. Whatever their focus, however, their decision will have huge economic consequences—for prices, for jobs and for matters of trade, in Europe generally but mostly in the United Kingdom. The probabilities suggest that “Brexit” is a bad economic idea. Certainly, that is the conclusion reached by more than three-quarters of the hundred-plus economists polled recently by the Financial Times.

When British proponents of exit do talk about economics, they make their economic case primarily in terms of EU rules and expenses. They argue that Britain has better uses for the £6 billion ($8.6 billion) a year it transfers on balance to the EU. They argue, too, that stifling regulations imposed by EU rule makers have stymied the dynamism, innovation and growth potential of the British economy. They may have a point, but if so, it is a minor one. Trade is the pivotal issue for this economy. Almost 60 percent of its production revolves around imports and exports. Prosperity after exit depends entirely on how quickly the UK can renegotiate favorable trade arrangements with the separate members of the union as well as other countries, among them the United States, Canada, Australia, India, Japan and China. Here, matters look troubling at best.

The first impediment to economic success is EU Article 50. The only legal means to leave the union, once triggered it would allow no turning back. It gives EU members up to two years to negotiate the terms of exit. In the interim, Britain could only wait, for the rule would allow it neither to participate in those negotiations nor to vote. The EU would ultimately present the UK with a take-it-or-leave-it deal. Even if the eventual arrangements were generous, which is by no means certain, the onerous delays involved would stymie all efforts to reestablish its trade agreements, either with EU member nations, presently about half that economy’s foreign trade, or with other key trading partners, sixty of which now deal with Britain according to agreements struck with the EU as a whole.

The financial repercussions of delay would compound the UK’s problems. Uncertainty about the fate of British trade and hence the economy would drive away investment flows, from foreign as well as British interests. Britons would have to pay higher interest rates to borrow on global markets. The pound sterling would lose foreign exchange value. The currency has already suffered in anticipation of the referendum, falling about 3 percent against the dollar and 6.5 percent against the euro during this year’s first quarter. If the vote favors continued union and by implication a return to relative certainty, borrowing rates and the currency values would likely recover. If, however, the British vote to leave, uncertainties would multiply, prompting a still more pronounced rise in borrowing rates and additional declines in the pound’s value. To some extent currency depreciation, by lowering the global cost of goods and services priced in pounds, would help mitigate the otherwise ill effects on British trade, but at the same time, it would cost the British economy by raising the price of everything it purchases abroad and perhaps raising inflation rates into the bargain. Meanwhile, the outflow of funds would reduce overall investment rates in the UK, hardly a good thing for productivity and growth.

Many proponents of exit dismiss such concerns, pointing to the prosperity that Norway and Switzerland enjoy despite their positions outside the union. This, sadly, is a false comparison. These are much smaller economies. Norway, for instance, produces a mere 14 percent of the goods and services Britain does, and Switzerland produces only slightly more, 23 percent. Still more significant than size distinctions is the huge difference between nations that stayed away and one that now must disentangle itself from a raft of fundamental arrangements. Perhaps the UK would be better off today if it had never joined. Even if one could prove such a thing, it would be irrelevant. The fact is that the UK did join. Leaving now cannot put an alternative history into place. On the contrary, it will confront the economy with shocks and a need for adjustment that neither Norway nor Switzerland faced nor will face.

The British people may consider the noneconomic benefits of separation to be ample compensation for the economic risks. That is a subjective judgment that the voters will have to make for themselves. But it would be a mistake to believe that benefits of any kind would come without risk. Because so much of the economic outcome remains ambiguous, all the scholarly attempts to weigh the impact of Brexit have had to deal in scenarios. These naturally create a wide range of possibilities. Most of these efforts suggest that the economy will suffer in the near and intermediate term, and then conclude that any long-term net benefit depends on a delicate and improbable balance of contingencies. Most, as a consequence, suggest that exit will take up to 3.1 percent off the real economy, compared with what Britain would otherwise enjoy if it stays in the union. The ideal outcome after exit promises a relative gain of only 1.6 percent. It does not appear to be a good trade-off.