Bringing BRAC Back: Why Congress Needs to Get on Board with the Pentagon 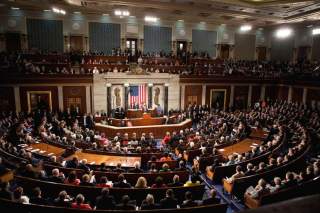 With defense dollars increasingly scarce in Washington, it is more important than ever that the Department of Defense spend every dime provided to it by the American taxpayer as efficiently as possible. Congress has been resisting some crucial Pentagon efforts to curb unneeded defense spending of late. Starting with excessive military bases, it is time for the House and Senate to rethink that approach when they come back from recess, and give the Pentagon the authority it’s requesting for another “BRAC” round in 2017—especially since the improvement of the economy makes it less economically painful and risky to do so now than in recent years. Granted, any progress will be hostage to bigger debates about shutdowns and sequestration in the weeks ahead—but perhaps by forging agreement on what should be a straightforward issue, enough positive momentum can be generated to help with the broader agenda as well.

Since the end of Ronald Reagan’s presidency, the U.S. military has shut more than one hundred major domestic military bases in five rounds of closures through the 1988 Base Closure and Realignment Act—in 1988, 1991, 1993, 1995 and 2005. But in recent years, Congress has consistently rejected the Pentagon’s request to carry out one or two additional rounds. With the economy improving, and the military budget coming down, whether there are base closures or not, it is time that Congress reconsidered.

The formal process, known as the Base Realignment and Closure process or BRAC, has for the most part been a brilliant success. Recognizing that any individual member of Congress or senator would have a hard time accepting any specific closure of a base in his or her district or state, Congress and the Executive Branch figured out a better way. Ask an independent commission, with analytical support from the Pentagon but ultimately only its own judgment as guide, to construct a list of proposed closures and realignments of bases large and small, based primarily on considerations of military efficiency and economy. Then ask Congress to bless or reject the whole list, on a simple up or down vote with no opportunity for editing the list. As a result, the Pentagon safely shed more than 20 percent of its Cold War infrastructure. (Even greater cutbacks occurred in U.S. military bases abroad, where the Congressional politics were naturally simpler.)

It took some time for this process to reap rewards. Many bases were polluted more severely than originally understood, so environmental restitution costs proved higher than first anticipated. Also, except for some obvious cases like the Presidio in San Francisco, the property associated with most of the bases commanded a lower resale value than hoped. But nonetheless, once excessive infrastructure no longer had to be patrolled, heated, air conditioned and otherwise maintained, the government really did save a lot of money—perhaps $12 billion a year according to former Defense Department Comptroller Bob Hale, a figure backed up by organizations like CBO and GAO.

Alas the process has hit a snag in the Obama years. This has happened even as the Defense Department estimates that it still has at least 20 percent more infrastructure in the United States than needed for a force structure reduced by 40 percent since the Cold War.

There were multiple causes for Congress’ unwillingness to approve another BRAC process. The great recession made military bases seem even more crucial to local economic survival for many communities than before. The 2005 base-closure round was not as successful as earlier rounds—focusing too much, perhaps, on fostering jointness across various military services rather than simply achieving efficiency—and this led to worries that perhaps all the low-hanging fruit had already been picked in the base-closure process. Behemoth installations like Walter Reed/Bethesda Navy hospital and Fort Belvoir grew in size as a result of the 2005 round—right next to Washington, where many members of Congress could see how much they snarled traffic and otherwise seemed counterproductive to local economic needs. The modest if temporary growth in the size of the U.S. military after 9/11 made some question if base closures were even needed any longer.

Well, now the military is downsizing again, and its budget is declining, too. Annual military spending of some $575 billion is now about $200 billion lower in inflation-adjusted terms than it was in the late Bush and early Obama years—and the possibility of another round of sequestration starting in October now looms. In such an environment, it makes no sense to spend money on things the Pentagon no longer needs. Equipment and training budgets are being shortchanged partly because of an excess of military installations around the United States.

To be sure, there is economic pain for some communities resulting from base closures. For example, a recent paper by Hultquist and Petras suggests that for every ten uniformed military jobs created in a given community, another two civilian jobs might be created. The military jobs are held by troops who may not care much if they are relocated, but the civilian jobs support the local economy.

Still it is important to keep these figures in perspective. Over time, most communities can adapt—just as they do to the closing of a factory or the move of a business. Federal funds are available to help in the transition process.

The more fundamental point, however, is this: for a finite number of defense dollars, something has to give. If we prop up unneeded and inefficient bases, we will be spending less on the troops and their families, or on their training, or on their equipment—and also, therefore, less on the communities that support the training and make the weaponry. Defense cannot be a jobs program. Or, perhaps more accurately, it will always create a certain number of jobs, and it is the task of government to make sure they are the right ones for the safety and security of the nation.

Although it is President Obama now asking for base closures, Republicans should have no trouble in agreeing to the idea based on partisan considerations—three of the five previous rounds were carried out during GOP presidencies, and the original legislation dates back to the Reagan years. The BRAC process is a marvelous example of good governance at a time when we do not have enough such examples. It is time to get back to it.