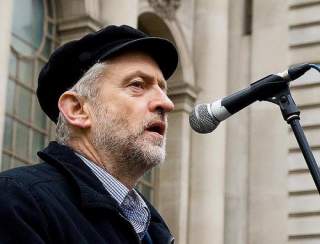 While Americans continue to follow with fascination the sometimes bizarre trials and tribulations of the Republican presidential hopefuls, there are new and forceful political winds blowing across the Atlantic. Jeremy Corbyn’s “stunning victory” in the UK Labour Party Leadership election shocked political observers on both the left and the right of the political spectrum. While trade unions and the far left of the Party were jubilant, the remnants of Tony Blair’s moderate New Labour emerged dazed and blinking from the Westminster conference centre, worried for the future. Many in the Conservative Party believed that Labour had effectively committed suicide as a party by choosing an unelectable leader. The Telegraph declared it “the day the Labour Party died”, while the august Spectator called it a “delicious humiliation for the liberal left.”

To Corbyn’s supporters, anything is possible: they point to the unlikely victories of the Scottish National Party, of Syriza in Greece, and Podemos in Spain, and insist that a Corbyn-lead Labour Party can lead win control of the government in five years time when the next election is planned. To most mainstream British analysts, however, a Corbyn Labour Party in power seems remote. Despite this, his foreign policy views are worth analyzing purely for the light they shed on how the far the British far left has moved over the past decade. Given the current appeal of populists on both sides of the Atlantic, understanding the trend is a useful barometer for understanding underlying concerns and issues for unsatisfied segments of the electorate.

Doubtless what is most likely to arch eyebrows in Washington is Corbyn’s penchant for close ties with regimes and non-state actors deeply critical of the West. It is difficult to place a man who called Osama Bin Laden’s death “a tragedy” on the normal political spectrum. Likewise, his links to Press-TV, an Iranian government-funded broadcast channel, and to Hezbollah and Hamas, indicate a man deeply skeptical of the West. According to the Telegraph’s Andrew Gilligan, Corbyn has close ties with non-state actors listed as terrorist organizations by the State Department such as the Palestinian Islamic Jihad group. The new Labour leader has apparently had trips to Iran and Gaza paid for by political figures close to Tehran and Hamas. While Corbyn’s opposition to the 2003 Iraq War puts him in good company among some American liberals, his desire to apologize for it as well indicates a different approach. Regarding some of the media speculation over these links, a spokesman for Corbyn stated that the new Labour leader believes that peace in the Middle East can only come through dialogue with all parties and that he intends to sit down with pro-Israeli groups as well. Worryingly, however, some within his own party have cast him as anti-Semitic.

While Washington may fret about Corbyn’s apparent pro-Palestinian and pro-Iranian sympathies, what will be of greater concern is his attitude towards the EU and NATO, the two pillars upon which Western postwar peace and prosperity are built. Prior to his appointment as Labour leader on September 12th, Corbyn’s stated position was the United Kingdom should leave both organizations. The situation since his victory has definitely become less clear, as the past two days debate over the “Brexit” illustrate. On the one hand, Ed Miliband’s shadow Europe Minister Emma Reynolds departed the front benches on September 13th, citing Corbyn’s position on leaving the EU; on the other hand, newly appointed Shadow Foreign Secretary Hilary Benn reaffirmed Labour’s commitment to remain in the EU on the 14th in a BBC 4 radio interview. Whatever the case, this softening of Labour’s EU commitment combined with the Conservative push for a referendum makes the possibility of a Brexit much more likely. While the United States has sometimes had a complex relationship with the EU, it is overridingly in favor of British membership.

This possibility of the UK leaving these two institutions seems an unlikely one given the diplomatic, economic and military power that London derives from their membership, however stranger things have occurred in politics. While some in the security policy community have come to view NATO and all of its debates about national spending with frustration, few doubt its revival of purpose in the wake of Russia’s annexation of the Crimea. The spectacle of 150,000 Russian troops holding a snap exercise in February 2014 on Europe’s eastern border was a reminder of the institutions core purpose writ large. There also seems to be a correlation between support for NATO and concern for Russian intentions as one gets closer to Europe’s eastern border. Certainly, political pundits in Poland and the Baltic states view recent events through the lens of the 20th Century. While the NATO Rapid Reaction Force of 4,000 troops (planned to rise to 40,000) is well below Russian numbers, the force is symbolic of NATO’s efforts to rise to the occasion.

For some analysts, the links between Corbyn and the Stop the War Coalition hint at his foreign policy views. It makes for disturbing reading. During the Crimea Referendum, for example, the newspaper ran a large number of stories explicitly blaming NATO for provoking the Ukraine Crisis; a narrative found in many Russian media sources. Given the fact that both the UN General Assembly and the European Union criticized the way the referendum was run, this approval of the Russian narrative seems to represent a return to Cold War style equivocation of Russian behavior by the Western far left. While Corbyn is certainly not responsible for content on the website, the number of anti-Western headlines seems to indicate an editorial bias. One story referred to the US as the “world’s leading terrorist state”, a carrier of “modern fascism”, while another criticized the “Brussels Empire”, for attempting to help bring the Ukraine under NATO control. There is a history of the left in the West mobilizing and aligning with anti-Western groups: this criticism has ranged from critical theory of colonialism, structural critiques of power biases inherent in Western (capitalist) society that has appealed Islamic extremist groups, as well as to Russian Marxists alike. What is surprising is how strong these links have remained 20 years after the fall of Communism, and 50 years after the fall of Western imperialism.

While the prospect of Corbyn taking office is not in any way a certain one, it does reveal a new resurgence in anti-Westernism from inside the West: it should remind us of the precariousness of European security, and highlights the need to maintain Western solidarity in the face of old-fashioned geopolitical concerns. The decision of the Cameron cabinet to adopt the 2% rule this July is hopefully symbolic of London’s realization of these new realities. Now more than ever, Western policy-makers and academics should respond to these criticisms and attacks on the liberal democratic capitalist model by attempting to respond to internal challenges. Rising income inequality in the West, the diminishment of the middle classes, and the perception of political corruption may have all played their part in the revival of the far left.

Henry Kissinger’s recent analysis--that we are seeing a contestation of different world orders-- also seems to make sense in the context of a rising China and a revolutionary-minded ISIS. We are fortunate to have inherited the post-war institutions that have helped keep the West safe and prosperous for nearly a century. While the decision of the UK to leave the EU remains a sticky one, NATO is and remains essential to Western security. It serves as a deterrent, and an organizing principle – if nothing else. Western policy-makers would do well to consider an alternative network of overlapping and competing mini-alliances – like those that characterized the inter-war years – to appreciate the advantages of NATO and the Trans-Atlantic Alliance.