Burden-Sharing Doesn’t Need to Be Burdensome 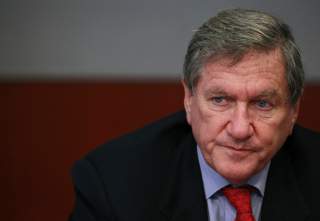 Both in campaigning and in office, Donald Trump has elevated the subject of burden-sharing among American allies, partnerships and institutions as a question of U.S. foreign policy. The issue is not new; U.S. leaders have grappled with ensuring adequate allied contributions since creating a truly global postwar network. However, by the 2016 election the issue of burden-sharing had come to a head: war fatigue from Iraq and Afghanistan combined with economic woes and growing perceptions of an increasingly unstable world, with some Americans believing that the United States was doing too much without seeing immediate returns.

The president’s critique is not unfounded. American power today differs from its heights in 1945, or even 1990. The United States will need help shouldering the maintenance of a liberal international order that has increased global security, prosperity and freedom these past seven decades. Nevertheless, the manner in which an American administration approaches the burden-sharing issue matters. Trump has pointedly called for NATO allies to pay more for defense and his team at the United Nations has circulated a potential policy to make foreign aid contingent on alignment with U.S. positions, so that aid dollars “only go to America’s friends.”

Though increased action among allies and partners is necessary, to simply demand greater burden-sharing is insufficient. Policymakers confront two central questions if they are to promote effective burden-sharing: first, how to ensure other stakeholders do step forward, rather than leave a vacuum around an issue; and, second, how to protect and advance U.S. interests if burden-sharing cedes the initiative to others.

Demands for increased activities from partners must be coupled with coordination and a measure of U.S. leadership for an effective burden-sharing campaign. A number of cases, therefore, reveal bases for eliciting burden-sharing of the quality and variety the United States should want—as well as the risks of forcing burden-sharing via disengagement. The notion of compelling other nations into taking actions—particularly by arousing skepticism around U.S. credibility—is a recipe for shortchanging American interests.

Consideration of both UN peacekeeping operations and the Global Fund to Fight AIDS, Tuberculosis and Malaria illustrate how effective burden-sharing requires continued U.S. commitments in order to spur burden-sharing over inaction. Furthermore, the success of the Global Fund, the worsening of some crises in the Middle East, such as in Yemen, and the mixed record of the U.S. withdrawal from the Trans-Pacific Partnership (TPP), similarly demonstrate that leadership creates the leverage necessary for Washington to advance U.S. interests when others do step up to act.

Americans may legitimately want others to do more, but how that aim is pursued matters. Nowhere is this more evident than the debate over NATO.

Even before the signing of the Washington Treaty, concerns around NATO burden-sharing arose. U.S. military planners worried that an American security guarantee would perpetually deter defense spending by the new European allies. This concern dogged the allies throughout the Cold War. Disagreements flared almost immediately in the Senate’s “great debate” over deploying troops to Europe without additional European support in the Korean War, a peripheral interest to many European leaders.

Disagreements resurfaced in the 1960s as Western European economies recovered from their postwar devastation. The Kennedy, Johnson and Nixon administrations repeatedly sought to navigate clashes between security interests in Europe and trade or balance of payments deficits. Compounded by the strains of Vietnam, both the security and economic arrangements boiled over in the Nixon administration with the resulting shifts of the Nixon Doctrine and the shocks to the Bretton Woods system.

Though the transatlantic partners were in sync on détente and then counterbalancing in face of the Soviet Union in the 1970s and early 1980s, disagreements surrounding approaches to European security, particularly around the deployment of intermediate-range nuclear missiles, maintained a measure of tension between the Euro-Atlantic allies. The subsequent Soviet collapse transformed the global security environment; yet, it did not take long for a new generation of burden-sharing issues to emerge. The Clinton administration at first evidenced ambivalence on respective roles and responses on Balkans crises. Others, like then-French foreign minister Hubert Vedrine, derided the U.S. “hyperpower.” During this period even Paul Wolfowitz admitted a “need to believe that others are doing their share.”

Frustrations persisted in the George W. Bush and Barack Obama administrations. Under both presidents, Secretary of Defense Robert Gates forewarned of a potential “two-tiered alliance” at the 2008 Munich Security Conference and the “the growing difficulty for the United States to sustain current support for NATO if the American taxpayer continues to carry most of the burden in the Alliance” in his 2011 farewell address at NATO. Jeffrey Goldberg further captured this sentiment in President Obama’s derision of “free-riders” in his revealing 2016 article “The Obama Doctrine” in The Atlantic.

Surviving these crises, NATO’s story reminds that the organization has been and remains, like many of America’s global partnerships, inherently reformable—provided the United States engages with tangible and realistic ambitions. Without initial U.S. involvement, no effective collective defense organization would have developed in Europe sufficient to manage the Soviet threat. Without continued engagement that same organization would not have changed as needed, for instance, to be a stalwart partner in Afghanistan. NATO and the broader transatlantic partnership certainly require further shifts to manage today’s era of resurgent great power competition; however, this past precedent emphasizes the need for active U.S. leadership and reasonable agenda-setting. Pragmatic engagement will yield practical results.

Peacekeeping by the United Nations offers an important example of what burden-sharing means and what elicits it. During the Cold War, UN peace operations were confined to interposing a deployment between formerly warring parties. The clash of the Cold War superpowers as veto-wielding United Nations Security Council (UNSC) members meant that was all the traffic would bear. In settings like Cyprus and Lebanon, long-standing deployments kept additional military duties off the U.S. plate through decades of the Cold War. The Cold War’s end ushered in more numerous and ambitious UNSC mandates—as the United States and Russia were more often willing to align on authorizing peace operations. In the 1990s, along with a couple of dramatic failures marred by murky mandates (in Bosnia and Rwanda, where excessive impartiality left atrocities to occur on peacekeepers’ watch), an array of peace operations took hold with a variety of governance and post-conflict goals beyond the traditional interpositional model.

Before even addressing questions of who pays what and who contributes how many troops, peace operations are by nature an exercise in burden-sharing benefiting the United States. With collective defense, expeditionary and stabilization deployments globally, the U.S. military footprint is immense. Whether midwifing a new nation in East Timor or containing conflict in the Democratic Republic of the Congo, UN peace operations provide for other functions to be outsourced with quite limited U.S. roles. A February 2018 Government Accountability Office study found that a hypothetical U.S. peacekeeping operation in the Central African Republic of the same size and duration as the UN’s Multidimensional Integrated Stabilization Mission in the Central African Republic (MINUSCA) operation would cost the United States some eight times more than its share for MINUSCA. And this good bargain affords the United States a major voice as a member of UNSC’s permanent five (P-5) on what missions will and will not be approved to boot.

Neither this innate value of UN peacekeeping fulfilling functions in place of larger U.S. operational roles, nor a better bargain for the financial shares other countries shoulder are possible absent U.S. leadership. First, the efficacy of peace operations requires vigorous U.S. diplomacy to craft viable mandates at the Security Council, as well as U.S. pressure for stronger coordination at the Department of Peacekeeping Operations in New York and in the field (especially after Bosnia and Rwanda).

Second, as for equable cost-sharing among nations, two key rounds of talks in the tenures of Richard Holbrooke and Nikki Haley as U.S. ambassadors to the UN are illustrative.

In the former case, some $1.3 billion in U.S. back dues to the UN were amassed by 1998, due to U.S. withholdings. The lion’s share was for peacekeeping—due to concerns about inefficacy and lack of accountability to U.S. command and control in Somalia, Bosnia and Rwanda. Legislation crafted by SeNATOrs Jesse Helms and Joseph Biden tied the release of arrears to meeting reforms, most prominently lowering the U.S. share of the UN’s regular budget to twenty-two percent and of the peacekeeping budget to twenty-five percent. As recounted by Suzanne Nossel in these pages seventeen years ago, the late Ambassador Holbrooke mounted a campaign in New York and foreign capitals to cajole other nations to increase their dues rates. He visited the New York missions of tiny countries that U.S. permanent representatives had seldom seen. Moreover, sweeteners in other areas of aid and policy were offered in demarches in capitals worldwide. Holbrooke adeptly portrayed himself as good cop (quite a trick for those who knew him) by inviting Helms to speak at an informal session of the UNSC—embodying the bad cop requiring concessions. Holbrooke almost met the goal of twenty-five percent, and convinced Helms to revise the legislation and let the arrears flow to the UN (chiefly to repay other nations for their troop contributions to peace operations).