Calling a Spade a Spade: Islamic Extremism by Any Other Name 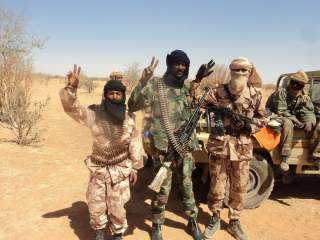 George Schultz advised that properly identifying the problem must be decision-makers’ first priority. He commended a simple principle he learned from President Reagan’s foreign policy approach: “Always be realistic, recognize the situation as it is, and don’t kid yourself.” (Reagan famously defied political correctness when he labeled the Soviet Union an “evil empire”).

In his statement, Henry Kissinger easily met Schultz’s straight talk standard when he described terrorism as “Islamist extremism.” Madeleine Albright delivered a more confused message. She said the U.S. should “apply direct military pressure against the Islamic State, while making clear that these violent extremists are guilty not of Islamic terrorism but of crimes that are profoundly unIslamic (emphasis added).”

Ms. Albright’s credentials as an expert on Islam were not disclosed, but her statement mirrors the position of the Obama administration, which avoids using any terminology that links the Islamic faith or culture to the spread of violent intolerance originating within Muslim populations.

It is an approach that arrogates to non-Muslims the privilege of judging the authenticity of Islamic piety among individuals and groups. Those who profess and practice Islam in the same manner as do most Muslims around the world—but who, unlike the vast majority, commit acts of terrorism-- are deemed to be “not true Muslims.” Instead, they are dismissed as faith-based imposters who have “distorted” or “perverted” a perfectly normal and peaceful religion.

Non-Muslims who presume to sit in judgment on the correct practice of Islam, as Ms. Albright did, take their lead from the majority community of non-violent Muslims. They assure the world there is nothing in their faith that countenances, let alone encourages, violence in pursuit of religious or political goals. Jordan’s King Abdullah, condemning the ghoulish ISIS execution of a captured pilot said : “This (is) cowardly terror by a criminal group that has no relation to Islam.” Well, perhaps not to the Islam practiced by the King and his moderate co-religionists, but there are obviously many practitioners around the world who have a different vision of their faith and historical claims to support it.

Other Muslims insist that even if individuals profess and appear to practice Islam faithfully, terrorist acts automatically self-excommunicate them from the faith. By that reasoning, Islam itself, by definition, always remains pure and peaceful no matter what atrocities are committed in its name. How convenient. This self-serving and implausible deniability has been tolerated for far too long, and it did not begin with the Obama administration.

Albright, after all, served in the Clinton administration, which dealt with the first attack on the World Trade Center (February 1993), the Khobar Towers bombing (June 1996), the detonation of U.S. embassies in Kenya and Tanzania (August 1998), and the attack on the USS Cole (October 2000)— all of which were done in the name of Allah.

But even after September 11, 2001, the Bush administration— which formally launched the “global war on terror”—eventually softened and “sanitized” its rhetoric by removing direct references to radical Islam. I saw this firsthand in the office of the secretary of defense where I was charged with drafting the seminal brief on the “battle of ideas,” the ideological component of the national counter-terrorism campaign. By the time the draft brief moved through the interagency review process, America was no longer portrayed as combatting jihadists and fanatical Muslims; now we were simply “countering violent extremism.”

This plain vanilla description of the international problem and the national policy to address it was intended to avoid offending the sensibilities of moderate, nonviolent Muslims, many of whom saw (and still see) the war on terror as a war against Islam. This viewpoint defies logic given that the campaign targets the very terrorists who moderates argued were not really Muslims and were damaging the reputation of Islam.

Moreover, as the original battle of ideas brief pointed out, America has repeatedly intervened militarily on behalf of Muslims victimized by other Muslims or by non-Muslims. Instances of this include Iraq (twice), Afghanistan (twice), Bosnia, Somalia, and Kosovo. Yet, as Defense Secretary Donald Rumsfeld noted in his autobiography, “we were losing, or at least not winning, the battle of ideas against Islamist extremists.” When he was in office, he graded the U.S. effort in this area as not more than a D+.

Yet, after fourteen years of smoothing the message to the Islamic world, it is clear that the problem has less to do with the communicators and more to do with the refusal of far too many Muslims’ to accept the message. The turning point will come when Muslims are less offended by satire and cartoons than they are by the “not-true-Muslim” terrorists who are wantonly sullying Islam’s reputation in the eyes of the world.

American social history provides a rough analogy in the early attitudes of Italian-Americans to government prosecution of organized crime, which at that time was dominated by members of that ethnic group. The community took justifiable umbrage at the defamation and discrimination suffered by the many because of the actions of a few.

Yet, when the justice system took action against the actual criminals, some Italian-Americans said they were targeted simply because of their ethnicity. In the interest of prosecutorial correctness, the Nixon administration, through Attorney General John Mitchell, prohibited terms like mafia and cosa nostra in Justice Department communications. Fortunately, brilliant and courageous Italian-American prosecutors like Louis Freeh and Rudolph Giuliani were not distracted by such foolishness, and instead pressed on with putting gangsters of all ethnicities behind bars. Thanks to their efforts, decent, law-abiding Italian-Americans held their heads higher.

Unlike the challenge confronting Muslims today, the mob did not purport to be acting in the service of any higher cause other than their own greed and lust for power. Muslims have a far greater need to address the evil among them. The world will breathe a sigh of relief when they find the courage, maturity, and true fidelity to their religion of peace to meet that challenge.

Joseph A. Bosco worked on Muslim outreach and strategic communications in the office of the secretary of defense, 2002-2004.