Can Afghanistan Be Part of An Integrated Central Asia? 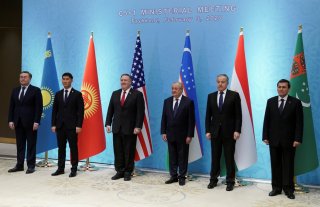 For many in the West and worldwide, the five countries of Central Asia remain a mystery, and their role in world affairs unknown. Yet through their own efforts, they have now emerged as a world region, with its own needs and possibilities. It is time for Washington and the world to embrace this reality and focus on ways that region can contribute to regional and global stability.

The process of regionalization in Central Asia was launched in 2017 at a high-level international conference in Samarkand. Initiated by the President of Uzbekistan, it received support from all Central Asian countries. Together, they resolved to strengthen cooperation and resolve controversial issues on the basis of compromise. Their resulting communique led to a special resolution by the UN General Assembly. Over the following years, this process became a stable trend and the region a geopolitical reality.

Hard facts confirm this truth. Incidents on the borders of regional states have decreased by several times and dozens of checkpoints opened. Transport links within Central Asia have multiplied, greatly expanding mutual access. For instance, one can now easily get from any regional capital to Tashkent by plane, train, or bus. After decades of mutual isolation, these changes represent a great leap forward.

Regular meetings of Central Asian heads of state now take place, not on the sidelines of meetings with Russia or China, but in what is purely their own format. Two meetings have already been held and a third is planned for Turkmenistan. Thanks to this new comity, the countries have begun developing an unprecedented five-sided document on friendship and cooperation in Central Asia.

Kazakhstan and Uzbekistan are now completing a plan for a "Silk Visa" that will enable holders to visit both countries. Other countries in the region are planning to join this initiative.

Even during the current pandemic, which paralyzed much of the world, interaction within Central Asia continued, with heads of state closely coordinating their efforts to counter the pandemic. Scores of conversations among them quickly resolved related issues of logistics, transport, and the return of citizens to their countries. The presidents also organized the delivery of humanitarian aid to the needy.

Admittedly, not everything is going smoothly. For instance, in April-May of this year, armed conflict arose on the Tajik-Kyrgyz border. But improved communication and coordination quickly put an end to the fighting.

It is important for the major powers to support this intraregional rapprochement and not see in it a threat of any kind. This may not be easy. Russia and China long engaged in age-old “divide and conquer” tactics. So did the United States, in favoring what it considered democratic pace-setters and opposing those thought to be lagging. Yet today Japan, Korea, the EU, and the United States all have mechanisms for consulting regionally, as well as bilaterally.  Both China and Russia have now reversed course and are doing the same.

An important product of these new intra-regional ties is that all the countries of Central Asia now actively seek to include Afghanistan once more in their number. The Afghans want this as well, stressing that it builds on three thousand years of close economic and cultural interchange that was broken only with the rise of Russian and British colonialization.

A more integrated and cohesive Central Asia that includes Afghanistan will do more than anything else in sight to render it stable and predictable. It warrants strong support from Washington. This means expanding the C5+1 format to C6+1 and focusing the haphazard collection of existing U.S. projects on those that will do most to foster regionalism and regional development.

On July 16 Tashkent will host a major conference on expanding transport and trade between Central Asia and South Asia. Such links already exist with Russia and China, as do routes to Europe. But Central Asia as a whole, including Afghanistan, has yet to reopen age-old routes to South and Southeast Asia.

It is worth stressing that it is the Central Asians themselves, including Afghanistan, who have taken the lead in this grand project. They all see it as an essential step towards rebuilding their economies, strengthening regional security — including that of Afghanistan — and reinforcing their regained sovereignties.

Over time, Central Asia will take its place alongside ASEAN, the Nordic Council, and other region-wide entities as a valued champion of development and peace. Not directed against anyone, Central Asia’s new regional identity deserves the support of all.

The U.S. declared its commitment to Central Asia by establishing the so-called “C5+1” dialogue (Central Asia plus the United States). But it has yet to translate that step into effective strategy, let alone to acknowledge Afghanistan as an integral part of the region of which it has been a key part for 3,000 years.  If America fails to do this now, and in a convincing manner, Washington can rest assured that other world powers will seize the opportunity. In fact, that’s already happening.