Can Afghanistan Be Saved? 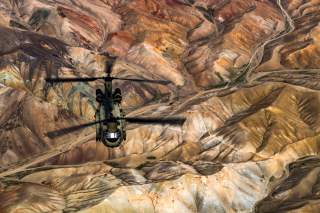 Two elections are scheduled in Afghanistan over the next eight months. And they will be consequential not just for determining the balance of power in Kabul, but also for the legitimacy and survival of the post–9/11 system that is in place.

It is highly probable that the results of the October parliamentary and district council polls and April presidential elections will be disputed. A checkered electoral process, combined with other rising drivers of ethnic discord, raises the risk of the Afghan political system and security forces fracturing on ethnic lines.

The Election to End All Elections?

Afghanistan has held three presidential and two parliamentary elections since the advent of the existing political system in the aftermath of the 9/11 attacks, the subsequent U.S. invasion, and the 2001 Bonn conference. Every election has been marked by wide-scale rigging and challenging of the final results. With each election cycle, the risk of post–election violence has risen, posing a greater threat to the existence of the political system fitted onto Afghanistan after Bonn.

The disputed 2014 elections almost brought the country to civil war, which was only averted by a power-sharing deal brokered by then-U.S. Secretary of State John Kerry. A so-called national unity government was formed, but the designated winner of those elections, President Ashraf Ghani, has failed to abide by the terms of the agreement with Dr. Abdullah Abdullah, who was given the title of chief executive officer.

In the four years since those polls, Afghanistan has failed to enact decisive election reform that would meaningfully reduce the probability of large-scale rigging. As a result, the patience of many political forces in the country—especially factions of the Jamiat-e Islami and other non-Pashtun parties, whose power has been eroding in recent years—is wearing thin.

The international community has invested considerable time and money in strengthening Afghanistan’s ability to hold free, fair and credible polls. And the fairness of the upcoming elections has featured in phone conversations between Ghani and U.S. Vice President Mike Pence since last November.

But the safe bet is that Afghanistan will see a reoccurrence of the type and scale of rigging witnessed in the past. Scott Worden, an American expert on Afghanistan’s elections warns that

“improbably high registration rates present an even greater risk to electoral integrity because they point to possible fraud in the voter registration process that increases the risk of ballot stuffing.”

Opposition forces in Afghanistan are now demanding the imposition of biometric verification to reduce the risk of rigging. While such a system would make rigging more difficult, there simply isn’t the requisite time or human resources in Afghanistan to implement it nationally. The choice Afghanistan faces is between another set of flawed elections or no elections at all. Elections—and more specifically, the presidential elections—may end up being an exercise in futility or doing more harm than good.

Taliban In, Non-Pashtuns Out?

Alongside election preparations, efforts to achieve a political settlement to the war with the Taliban are gaining momentum (even as the war intensifies). Like the elections, the embryonic peace process is not only seen as a necessity for political stability, but it is also a driver of inter-ethnic tensions. Bringing the Taliban into the political fold might also push others—namely, non-Pashtuns—out.

A political settlement with the Taliban stokes the anxieties of non-Pashtun forces like Jamiat for a number of a reasons.

One, it is the non-Pashtuns that led the resistance to the Taliban in the 1990s and they most strongly cling to memories of the brutality of the civil war. Hazaras, in particular, fear that a peace deal with the Taliban poses an existential threat to their community, though the Taliban have made indications that they do not wish to spark ethnic and sectarian violence in the country.

Two, many non-Pashtuns see the political integration of the Taliban as an intra-Pashtun reconciliation process—not all-Afghan—that will deepen the Pashtunization of the power structure under Ghani, helping consolidate the ethnic group’s dominance. Under the national unity government agreement, Afghanistan was to have convened a loya jirga to formalize the power-sharing agreement and create the post of prime minister. Instead, Ghani has centralized power, sidelined Abdullah, targeted non-Pashtun strongmen, and surrounded himself with Pashtun advisors. Under Ghani’s tenure, political gatherings and funerals of Hazaras, Tajiks, and Uzbeks have been relentlessly targeted by suicide bombers purportedly linked to the so-called Islamic State, elements of which have been backed by Afghan intelligence.

The deepening anxiety of Afghanistan’s non-Pashtuns is linked to the broader, perennial contestation over identity and power in Afghanistan. Non-Pashtuns have demanded the decentralization of authority in Afghanistan. But that is a conversation Ghani and Pashtun leaders have been unwilling to take part in. More recently, non-Pashtuns have opposed the imposition of the word “Afghan” for nationality on the new electronic identification cards being rolled out. (This may be confusing for outsiders, but the word “Afghan” has historically meant Pashtun, and Pashtuns, despite being outnumbered by non-Pashtuns, have ruled modern Afghanistan for almost the entirety of its existence.)

Scenarios for the Next Year

Afghanistan’s upcoming polls will almost certainly see sizable rigging. But in a low probability scenario, we could see significant irregularities in polls that nonetheless produce results that are acceptable and give Afghanistan a Pashtun president willing to make constitutional accommodations to non-Pashtuns. The legitimacy of the Afghan political system would be then renewed by continued elite buy-in and polls that have a modicum of credibility, which would modestly increase Kabul’s ability to withstand a resilient insurgency.

It is, however, more likely that some or all of the upcoming elections will be postponed. Assuming that the parliamentary elections take place this October, a probable scenario is that large-scale rigging during these polls results in the postponement of next year’s presidential polls or dangerously raises the political temperature in the lead-up to them and their aftermath. The results of the presidential polls, should they be held, would be rejected by the losers—mainly non-Pashtuns. And, at the same time, the Taliban would continue to maintain or expand control over territory. The Afghan system would be in a full-fledged crisis of legitimacy, with the major factions currently participating in the political process moving closer toward civil war.

Fortunately, virtually all local and external actors in Afghanistan would like to avert an outright civil war. One could see the Taliban exploit a power vacuum in Kabul and directly engage non-Pashtun political forces in a process endorsed by countries sidelined by the United States: China, Iran, Pakistan and Russia. In this scenario, the United States and India would be the odd men out and the Europeans would occupy some position in the middle.

An Interim Government and a Loya Jirga

Given the high probability that Afghanistan’s presidential polls will either not take place or will lack the requisite credibility, an extra-constitutional mechanism may be necessary to ensure elite cohesion in Afghanistan. Some non-Pashtuns have floated the idea of a two-year interim government.

While an interim government may be able to bring short-term political stability and oversee elections, it is unlikely to have the authority to negotiate with the Taliban or make changes to the constitution. It will probably be necessary to convene a loya jirga.

A loya jirga could be convened to resolve disputes over the election and modify the constitution to address the demands of both the Taliban as well as non-Pashtun political forces.

While the Afghan constitution allows for the convening of a loya jirga to amend the constitution, it must be composed of elected legislators and officials. To broaden the tent in Afghanistan, however, the Taliban and tribal leaders should be included.

A loya jirga would be no panacea. Consensus-building processes are messy and drawn-out. Jamiat and the Taliban could make conflicting demands. But a traditional consensus-building process is more likely than a winner-take-all democratic process to expand the political tent in Afghanistan and address the formalities of power-sharing.

Many in the international community might see an interim government and loya jirga as setbacks for the institutionalization of democracy in Afghanistan. But Afghanistan is a democracy in name only. Yes, it has elections. But its president came to power through rigging and the tenure of the lower house of parliament tenure expired three years ago. The president appoints and fires governors at will. And warlords and insurgents control or contest most of the country.

A democratic façade was imposed on Asia’s poorest and most fractured country. An extra-constitutional approach may be necessary to keep the country together.

Arif Rafiq (@arifcrafiq) is a nonresident fellow at the Middle East Institute and president of Vizier Consulting, LLC, a political risk advisory company focusing on the Middle East and South Asia.