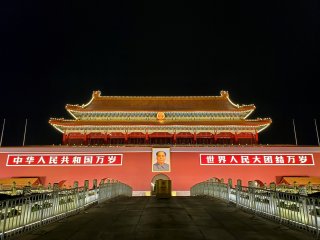 THE DEMONIZATION of China has gained momentum in the American body politic. Not a day goes by without some major figure warning about the China threat. In April, a 281-page bill entitled “Strategic Competition Act of 2021” was tabled in the U.S. Congress. All this cacophony on China would give the casual observer the impression that America is not underestimating the China threat. Actually, it is. The real danger of the demonization of China is that it leads even thoughtful Americans to believe that an open society like America has many natural advantages over a closed autocratic system like China’s. By framing it in this way, Americans cannot even conceive of the possibility of losing out to China.

This mental inability to even think of the possibility of losing means that Americans are seriously underestimating the challenge from China. Having recently experienced the most painful century in Chinese history, the century of humiliation unleashed on China by Western and Japanese forces, the Chinese believe that the American assault was the last effort by a Western power to keep China down and prevent it from occupying its rightful place in the world. The biggest conceptual mistake that American policymakers are making is a simple one. They assume that their strategic competitor is the Chinese Communist Party. This explains the American confidence that American democracy will triumph. Yet the real strategic competitor of the young American republic is a four-thousand-year-old civilization. As a friend of America, I can only marvel at the sheer strategic complacency with which it is jejunely plunging into a contest that it may well lose.

THE OLDEST rule in geopolitics, espoused by both Sun Tzu and Carl von Clausewitz, is “know thine adversary.” America is sadly ignoring this basic rule. Here’s a good example. Avril Haines, the Director of National Intelligence in the Biden administration said, “China is a challenge to our security, to our prosperity, to our values across a range of issues.” Many Americans would have applauded her for stating some truths bluntly. Actually, every limb of her statement is factually incorrect.

Second, China is not a threat to American security. China isn’t threatening a military invasion of America (and its armed forces are an ocean away); or a nuclear strike on America (with its nuclear warheads being one-fifteenth the size of America’s). China is also not threatening American military supremacy in regions like the Middle East. Indeed, China isn’t even the enemy of American defense budgets. Secretary of Defense Lloyd Austin said recently that for the past twenty years, America had been focused on the Middle East while China had been modernizing its military. “We shall maintain the edge,” he noted, “and we’re going to increase the edge going forward.” Fareed Zakaria had it right:

What Austin calls America’s edge over China is more like a chasm. The United States has about twenty times the number of nuclear warheads as China. It has twice the tonnage of warships at sea, including eleven nuclear-powered aircraft carriers, compared with China’s two carriers (which are much less advanced). Washington has more than 2,000 modern fighter jets, compared with Beijing’s roughly 600, according to national security analyst Sebastien Roblin. And the United States deploys this power using a vast network of some 800 overseas bases. China has three. China’s defense budget is around $200 billion, not even a third as large as that of the United States. Michael O’Hanlon of the Brookings Institution notes that, “if China were in NATO, we would berate it for inadequate burden-sharing, since its military outlays fall well below NATO’s 2 percent minimum.”

If Haines is right in saying that China is a threat to America’s security, the logical conclusion would be that China would be happy to see a reduction in America’s defense budget, America’s aircraft carriers, jet fighters, naval bases. Actually, China would be unhappy. Chinese strategic planners are absolutely thrilled that America is wasting so much money fighting unnecessary wars as well as maintaining a huge and bloated defense budget that weakens America’s competitive edge in more critical areas, like education and research and development. Americans are familiar with the metaphor of being a dinosaur. The huge American defense budget gives America the competitive edge that a dinosaur gets from its bulk. Not very much!

Finally, Haines says that China is a threat to American “values across a range of issues.” This statement would be true if China were either threatening to export its ideology to America or threatening to undermine the electoral process in America. Neither is happening. Yet, an amazing number of Americans, even thoughtful, well-informed Americans, believe that China is on a mission to undermine American values. This belief may be a result of two major misconceptions about China that has penetrated the subconscious layers of the American mind. The first misconception is that since China is run by a communist party, it must, like the former Soviet Union, be on a campaign to prove that communism is superior to democracy.

Yet Americans also believe in empirical evidence. That evidence shows that China has stopped supporting fellow communist parties for decades. China’s real mission is to rejuvenate Chinese civilization, not waste time exporting communist ideology. The second misconception is that when China becomes the number one economic power in the world, replacing America, it will, like America, go on a universalizing mission and export the Chinese “model,” just as America exported the American “model.” Here’s a perfect example of America’s total ignorance of its adversary. The most basic fact that Americans should know about the Chinese people is that they do not believe that anybody can be a Chinese in the way that Americans believe that anybody can be an American. The Chinese believe, quite simply, that only Chinese can be Chinese. And they would be puzzled if anybody else tried to become Chinese.

Another commonly heard phrase in American discourse is that China’s goal is to make the world safe for autocrats. Biden said,

It is clear, absolutely clear … this is a battle between the utility of democracies in the 21st century and autocracies. That’s what’s at stake here. We’ve got to prove democracy works … [Chinese president Xi Jinping] doesn’t have a democratic with a small ‘D’ bone in his body, but he’s a smart, smart guy. He’s one of the guys, like [Russian president Vladimir] Putin, who thinks that autocracy is the wave of the future.

Actually, if the truth be told, Beijing doesn’t give a fig whether a country is a democracy or autocracy. It only cares whether it can work effectively with a given country. Hence, if the birthplace of Western democracy, Greece, decides to join the Belt and Road Initiative and welcome Chinese investment in its Port of Piraeus, China doesn’t care whether Greece is a democracy or not. It will cooperate with any country for mutual benefit. But let’s be honest: this is also what America does. It will cooperate with Saudi Arabia, even though it’s far from a democracy.

AS THE Chinese economy continues to grow and grow, it will challenge America’s status as the number one economic power in the world. Biden was right when he said, “China has an overall goal, and I don’t criticize them for the goal, but they have an overall goal to become the leading country in the world, the wealthiest country in the world and the most powerful country in the world.” Actually, the real Chinese goal is to improve the livelihood of the Chinese people. Right now, the per capita income of the 1.4 billion Chinese people is about $10,000, compared to $65,000 for the 380 million American people. If the Chinese succeed in improving their per capita income to $17,000, one-quarter of America’s, their economy will become larger as their population is four times larger.

The real competition is perforce economic. If this is true, there are a few simple logical steps America can take to enhance its economic competitiveness. Step one would be to slash its bloated defense budget by half and re-invest the money saved into research and development. Step two would be to completely withdraw all its defense forces from the Middle East and stop fighting unnecessary wars, which have cost American taxpayers $5 trillion since the post-9/11 wars began. Step three would be to reverse all the steps that the Trump administration took in the trade war with China. Why reverse them? They didn’t weaken the Chinese economy. Indeed, they may have damaged America’s economy instead.