Can Biden Iron Out the Contradictions in His Five Policy Goals? 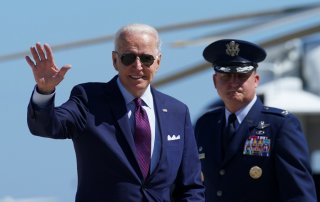 Six months into the Biden administration, we are seeing five organizing principles for U.S. foreign policy being articulated in speeches, statements, and interim strategic guidance documents. Three of the five are familiar to long-standing foreign policy practitioners: the restoration of U.S. leadership of a community of nations that can set and guide the global agenda; the promotion and defense of human rights; balancing China, and to a lesser extent Russia, to find ways to deter actions that conflict with U.S. priorities (and incentivize cooperation whenever possible). Two are proving difficult for members of the Washington-based national security community to grok: first, the push to make climate and environmental issues paramount concerns for U.S. foreign policy (as opposed to traditional geopolitical and geo-economic considerations), and the demand that any U.S. international action be linked to concrete, tangible benefits for the “average” American citizen—particularly in the areas of economic and health security.

Each of these principles has its proponents both within the President’s circle within the White House as well as constituencies in different parts of the national security bureaucracy. What is still in the process of evolution, however, is determining how to set the priorities when these principles may come into conflict—and who makes the call.

We saw this in the decision taken—ultimately at the level of the Oval Office itself by President Joe Biden personally—not to impose sanctions on the holding company for the Nord Stream II pipeline. Here, one coalition encouraging the use of the sanctions tool against a major Russian energy project consisted of those who seek to reduce Russia’s economic influence in the Euro-Atlantic region and those disturbed by the authoritarian and revisionist domestic and foreign policies of the Russian government. A counter-coalition formed to oppose taking this drastic step: the environmentalists who are not prepared to support a massive expansion of the U.S. hydrocarbon extraction and export infrastructure to be able to guarantee to European allies a consistent alternative source of energy; those who see Russia as an important part of an overall climate solution; and those who, while disturbed by Russian actions, subordinated sanctioning Nord Stream AG in order to avoid stoking tensions with key European partners, especially Germany. This comes at a time when the Biden administration is trying to restore cohesion within the Atlantic alliance and gain support for taking stronger action to contain China. In essence, in the final analysis, a “China plus climate” grouping won out over a more traditional “contain Russia” approach.

Is this a trend that we will see replicated in other policy choices? For instance, one might conceive of a situation where the United States encourages a Central Asian state like Turkmenistan to diversify its gas exports by increasing supplies to Europe (and forcing China to compete for gas on better terms). Yet, if the Nord Stream II pipeline comes online, Russia will reduce the amount of gas it exports to Europe via Ukraine, reducing Ukraine’s income from transit fees. The traditional U.S. approach has been to support the construction of a trans-Caspian pipeline to send Turkmen gas westward to avoid Russia. But might we see a similar coalition of environmentalists (opposing the construction of a subsea line across the fragile Caspian maritime ecosystem) and those wanting to help Ukraine by getting Turkmen gas flowing through Ukrainian pipes accepting the termination of the trans-Caspian line and also that Turkmen gas will transit Russia?

However, in other areas, different coalitions may form. For all of its talk both about supporting democratic values and on reducing U.S. dependence on hydrocarbon use—both of which seemed to signal a distancing in the traditional U.S.-Saudi partnership, the rise in oil prices and the tightening of supplies have immediate, negative impacts on the U.S. domestic economy. Higher transportation costs and costs for petroleum-derived products are passed along to consumers. Despite the arguments from the climate side of the house that higher energy prices force the development of green alternatives, the U.S. has worked to rebuild its frayed ties with Saudi Arabia and encouraged oil-producing countries to increase production and supplies. In this case, a green future and concerns about human rights take a back seat to immediate pocketbook concerns of American voters, especially after gasoline prices have again crested the $3.00/gallon psychological threshold. U.S. strategists are also concerned about China’s rising influence in the region as Beijing becomes the top customer for America’s Middle Eastern allies' oil production. In this case, a climate change plus human rights coalition seeking to alter the parameters of the U.S.-Saudi relationship has gotten pushback from the domestic policy constituencies, those seeking to restore U.S. influence in the region, and those worried about China’s role.

And while the preference is for the U.S.-led coalition in world affairs to be coterminous with liberal democracies, how will divergences be handled? As during the twentieth-century Cold War, where “anti-Soviet” outweighed “pro-democratic” in assessing membership in the Free World, will countries that are showing tendencies toward authoritarian backsliding or illiberal democracy be castigated for those failings, or will these blemishes be overlooked if the state in question is a necessary part of a climate coalition or to help balance and contain China (or Russia)? How far can leaders like Recep Tayyip Erodgan of Turkey or, more critically, Narendra Modi of India, be embraced and engaged by the Biden administration? Are Modi’s issues with journalists, Twitter, and opposition groups going to outweigh India’s possible role as a supply chain alternative to dependence on Chinese sources for critical goods, or the importance of the “Quad” (with Japan and Australia) to counterbalance China?

In some cases, when key principles are in conflict, the result is a satisficing compromise—statements of concern in order to check the box on one set (usually human rights considerations) while keeping cooperation largely intact. In other cases, a clear decision is made to privilege one set of values and interests over another. So far, we’ve seen where the President himself has made the final choice but is there a calculus that can allow decision-makers at lower levels, on sets of issues that don’t rise to the Oval Office, as the Nord Stream sanctions did, to make similar calls? So far, the default seems to be a China and climate preference (along with a red line that U.S. actions overseas not be seen as having a dramatic negative impact on a U.S. domestic constituency).  But is this going to be institutionalized over time, or remain an ad hoc process?

In the run-up to his meeting with Russian President Vladimir Putin, Biden stressed the importance of having a “stable and predictable” relationship. In turn, the rest of the world—and the U.S. Congress—will also be looking for signs that, in tying together the five articulated principles for foreign policy, the White House can send predictable and stable signals about U.S. priorities and intentions.