Can Congress Find a Cure for Medicare's Growing Troubles? 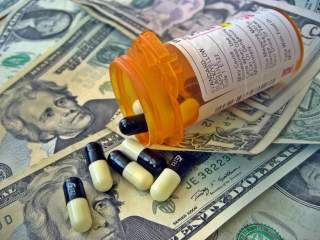 It’s an entitlement program “too big to fail.” Medicare now covers 52 million seniors and disabled citizens. That’s why you can expect the seemingly unending debate on Medicare to resume when the new Congress convenes in January—no matter who controls the Senate.

The first order of business will be to repeal and replace the Medicare “Sustainable Growth Rate” (SGR)—the Medicare physician payment update formula. Created by Congress in 1997, that formula requires a 21 percent physician payment cut in 2015. Since 2003, Congress has routinely stopped its own flawed formula from going into effect. Congress will do so again.

No Republican or Democrat supports such a cut in Medicare doctors’ pay, knowing that it could undermine doctors’ Medicare practice and create access to care problems for seniors. Members of Congress do not yet agree on how to fix the payment system or pay for its replacement. A permanent fix will cost taxpayers well over $100 billion in the next decade—and that’s a conservative estimate. While the new Congress must replace the SGR, it must do it right. Lawmakers must refrain from burdening taxpayers with bigger deficits—and that means offsetting the additional costs with budgetary savings elsewhere.

The second order of business: Dealing with Obamacare’s big Medicare payment cuts, estimated to yield $716 billion in “savings” by 2022. The Medicare trustees say that if these cuts are implemented as the law currently requires, Medicare payments will fall increasingly short of providers’ costs: “Simulations suggest that up to 5 percent more hospitals would experience negative total facility margins by 2019 and an additional 5–10 percent would experience negative Medicare margins by 2019.” In other words, lots of hospitals will dive deeper into red ink.

Over time, more providers will be forced to cut back their services, cost-shift to private payers or withdraw from the program altogether. As the CMS Actuary explains, “By 2040, approximately half of hospitals, two-thirds of skilled nursing facilities (SNFs), and 90 percent of home health agencies (HHAs) would have negative total facility margins.” It is absurd, of course, to assume that one can enforce Medicare payment cuts of that magnitude without directly reducing access to care and the quality of service provided to seniors dependent on the program.

Right now the majority of projected Medicare “savings” are earmarked to finance new spending on Obamacare’s coverage expansions. The new Congress should end the administration’s scheme to milk Medicare as a cash cow for Obamacare, and make sure that any Medicare savings are funneled right back into the Medicare program.

The third order of business is to protect the Medicare Advantage program, a national system of competing private health plans that has attracted almost 30 percent of all seniors now enrolled in Medicare. That program has proven quite successful in delivering high-quality care to seniors, who routinely rate these private plans as very good or excellent.

From the inception of the debate in 2009, the administration and its Congressional allies erroneously insisted that their proposed Medicare Advantage payment cuts would affect only plans and providers, not beneficiaries. This was never true. Stephen Hemsley, CEO of UnitedHealth Group, the nation’s largest Medicare Advantage insurer, recently warned that the law jeopardizes the program for seniors. According to Modern Healthcare, “Hemsley said that recent reductions in funding to the private Medicare program have resulted in a $900 average annual cost shift to UnitedHealth beneficiaries in terms of increased premiums or reduced benefits.”

The Congressional Budget Office (CBO) estimates that Medicare Advantage cuts would total $156 billion from 2013-2022. Doubtless fearing backlash, the administration has tried to paper over the cuts with additional infusions of legally questionable cash transfers from a demonstration program. More than $8 billion has been used to blunt the negative impact of the law’s Medicare Advantage payment cuts.

The new Congress should build on the success of the growing Medicare Advantage system. This can be done by repealing its existing, flawed payment system and replacing it with a system of free-market, competitive bidding outside of Medicare’s bureaucratic pricing. For example, government payment to health plans could be based on the average of premium bids among plans. If they wished to do so, seniors could buy a richer plan, priced above that amount. But if they wished to buy a plan priced below the standard government payment, as most Medicare Advantage plans do today, they could pocket the savings.

Medicare would work even better if traditional Medicare were also forced to compete head-to-head with Medicare Advantage plans and other health plans—including employer-sponsored health plans—on a level playing field. The Congressional Budget Office estimates that such a program would yield substantial savings for seniors and taxpayers alike.

The new Congress must do a lot of heavy Medicare lifting. But that’s what they are elected to do. That’s part of the job.