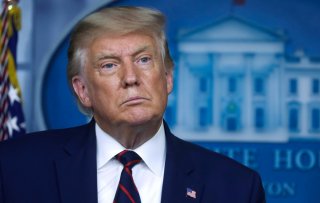 Donald Trump can, as we are repeatedly assured by the news media, stage a comeback and defeat former vice-president Joe Biden. But is Trump likely to pull his chestnuts out of the fire a second time? Or will he collapse completely in the final weeks of October, leading to a Democratic landslide?

Contrary to the wishful thinking among some Democrats during the summer, Trump has demonstrated that he has no intention of stepping down from the presidency prematurely. Instead, he has stepped up the fight against Biden, demonstrating that he has a number of things going for him. In Texas, he is now ahead of Biden. Other polls show that the swing states are indeed swinging slightly. While Biden remains ahead in Pennsylvania, the gap is narrowing. In Florida, Trump remains highly competitive—Biden is running behind Hillary Clinton’s numbers with Hispanic voters. His sixteen-point margin is eleven points lower than what Clinton scored in 2016. In the Midwest, the jury is out on Trump’s strategy of racial polarization, but the jitters among Democrats—and Biden’s sudden return to the campaign trail—show that its electoral efficacy cannot be dismissed. Quite the contrary. Trump does not have a huge number of cards to play—the economy is likely to remain in shambles through November at the very least—but a law and order campaign has evoked memories of more than a few Republican campaigns that were able to deploy successfully the theme of Democratic irresolution when it comes to criminals. In this regard, Trump is leaving no stone unturned. His memo putting an end to government programs that support “critical race theory” and “white privilege” programs was a further sign that Trump is doubling down on a culture war with the Left. Both Trump and Attorney General William P. Barr have also stated that they believe that the belief in “systemic racism” in America is, in essence, a hoax.

Another golden opportunity for Trump will arrive during the presidential debates. A new USAToday/Suffolk University poll indicates that a majority of voters believe Trump will prevail in the debates. It will be critical for seventy-four-year-old Trump to depict convincingly the seventy-seven-year-old Biden as an amiable but incompetent old duffer during the first debate. Trump, a master of television, will likely focus on Biden’s record as tough on crime in the past and contrast it with his more emollient approach currently. But above all, he will seek to trigger Biden into gaffes. The problem for Trump is that his campaign has already lowered expectations for Biden by constantly declaring that he is mentally shot—“he doesn’t know he’s alive”—and suggesting that it was Biden who had suffered a series of “mini-strokes.”

Given Trump’s predilection for outlandish statements and attacks, however, he could also prove to be his own worst enemy and become a kind of political Chernobyl that ends up immolating the GOP itself. If his poll numbers do not move quickly, he may be tempted to become even more radical, thereby injuring his own electoral prospects. A clear example has come with his fusillade against the reports that he disparaged those who have served in the military as “suckers and losers.” Instead of letting the story peter out, Trump keeps giving it legs.

Today, for example, he petulantly tweeted out against Laurene Powell Jobs, a billionaire who owns the Atlantic magazine: “Steve Jobs would not be happy that his wife is wasting money he left her on a failing Radical Left Magazine that is run by a con man (Goldberg) and spews FAKE NEWS & HATE. Call her, write her, let her know how you feel!!!” This message, which is being interpreted as advocating the harassment of Jobs, scarcely seems calculated to bolster his standing with suburban women voters. As former Obama campaign manager David Axelrod bemusedly observed, “This  @realDonaldTrump attack on philanthropist Laurene Powell Jobs essentially is: “If your husband knew how you are wasting HIS money...” Hell of an argument for a guy who already is running a huge deficit with women!”

The pressure will be on Trump. A new CBS New-YouGov poll has Biden up a whopping 10 points over Trump. 47 percent of voters stated that they believe Trump is trying to inflame tensions in America, while 39 percent said he is seeking to “calm the situation.”

Trump, who feeds on chaos, has converted the election into a maelstrom. In this regard, the sinking of a number of boats on Saturday afternoon at Lake Travis in Texas, where Trump supporters gathered as part of a boat parade to support the president might seem like an ominous portent.  The question facing Trump—and by extension the GOP—is whether his electoral prospects will be completely submerged in November—or whether he will emerge more buoyant than ever.