Can the G7 Stop the Coronavirus? 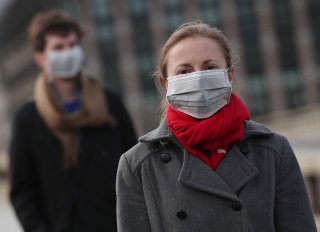 The world’s leading governments are throwing all they have into the coronavirus fight. Recent days have seen dramatic social distancing requirements, novel border controls, massive central bank intervention and large fiscal stimulus plans. Missing, however, is meaningful multilateral cooperation to beat back the pandemic. Given the stakes, that’s a potentially deadly omission. Next week’s virtual G20 meeting represents an opportunity to correct it.

Multilateral groupings like the G7 and G20 are often dismissed as talk shops, producing little more than carefully-negotiated statements. And indeed, they can be. On Monday, G7 leaders met in an emergency session to coordinate their responses to the coronavirus pandemic. Despite pledging to do “whatever is necessary” to address the crisis, the leaders made no specific, time-bound commitments to actually doing so.

It need not be this way. In the wake of 9/11, G8 summits produced specific commitments on everything from transportation security to nonproliferation. The actions taken then are why today we have hardened cockpit doors, advance passenger manifest information, integrated container security at major international ports, and controls on the export and proliferation of portable air-to-surface missiles. The G8 was also at the forefront of the fight against the AIDS pandemic, launching the Global Fund to Fight AIDS, Tuberculosis and Malaria, in turn saving millions of lives. The G20 played a key role after the global financial crisis, committing in 2009 to a $5 trillion stimulus package and proposing new financial regulations.

Times change, of course, and the G20, which represents some 90 percent of global GDP, brings western democracies together with competitors like China and Russia. Even G7 summits in recent years have descended into bickering sessions, and one featured President Trump “unsigning” the final communique.

But extraordinary circumstances require exceptional measures. As French president Emanuel Macron has said, we are at war with a global pandemic. Thus, for G20 leaders merely to issue another feel-good statement is inconsistent with the immediate risks to global health and economy. They should adopt a broad agenda consistent with a wartime footing, and the G7 should follow with closer cooperation and greater specificity.

This would start with a pledge of new resources to fight the pandemic. The World Health Organization, for instance, has called for an additional $675 million to cover the costs of preparing for and responding to the pandemic. As of Friday morning, it had received less than 25 percent of the necessary funds. The G20 should commit to providing the remainder. The G20 should also make additional funding available to fight the pandemic in developing countries. Recognizing that the world’s poorest countries are also those least prepared to respond to it, the G20 leaders should boost funding for the World Bank’s International Development Association.

The group’s efforts should go beyond funding. The G7 should harmonize the current patchwork of travel regulations, including protocols for screening entrants at international borders, and G20 members should coordinate as far as possible.  The leaders of both groups should coordinate economic responses, both in terms of fiscal stimulus and monetary policy.

Commensurate with a wartime approach, they should share information about national industrial capacity needed to produce critical items like hospital ventilators, face masks and protective equipment for frontline health workers. And they should check the instinct to hoard supplies by agreeing to duty-free trade in these goods.

G7 nations should agree to coordinate—not duplicate—research efforts on therapeutics and an eventual coronavirus vaccine, and lay the groundwork to ensure that once a vaccine is available, it can be manufactured in sufficient quantities and widely delivered.  This could include pledging funds for GAVI, the global vaccine alliance, to ensure access for the poorest countries. Leaders at both the G7 and G20 levels should not put off their next meeting until some future in-person gathering but schedule regular check-ins to monitor execution against specific commitments and targets.

Doing all this would represent an ambitious agenda for both groups, and would require American leadership to accomplish. But given the deepening global pandemic, it’s a must. Existing coronavirus guidelines tell individuals to keep their distance from one another. Like-minded countries, facing a common enemy, should do precisely the opposite. Next week’s virtual summit is time to start.

Richard Fontaine worked on the National Security Council staff in the Bush administration and is the chief executive officer at the Center for a New American Security.