Can Israel Thread the Needle Between Russia and Ukraine? 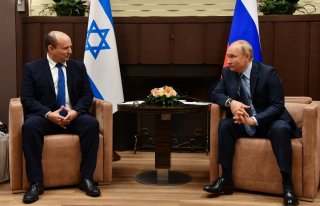 Given this context, Israel is treading lightly when it comes to Ukraine. It had preemptively warned the Baltic states not to resell their Israeli-made anti-tank systems to Ukraine. The Israeli government was irked following the Ukrainian ambassador’s criticism of Lapid’s comments that seemed to downplay the likelihood of war between Russia and Ukraine. He was summoned to the Israeli Foreign Ministry after stating that Lapid was reiterating the “rhetoric of Russian propaganda” and ignored “the disturbing massages from his own strongest allies—USA, Britain, and EU regarding the high possibility of full scale Russian military invasion into Ukraine.” This reveals Israel’s complicated situation; Israel also has considerable ties with Ukraine and is unlikely to forsake them completely. To elaborate further, Ukraine was home to many Jews who immigrated to Israel during the 1990s—250,000 to be exact. Hence, as it strives to maintain its neutrality, Israel must navigate a diplomatic minefield to preserve its operational ties with Russian forces in Syria, meet Western expectations—in particular those of the United States—and heed the calls from its own society that is closely watching the unfolding situation.

Janko Šćepanović, Ph.D., is a Postdoctoral Researcher at the Center for Russian Studies in the School of Politics and International Relations of East China Normal University in Shanghai, People’s Republic of China.