Can Japan and South Korea Join Forces on Renewable Energy? 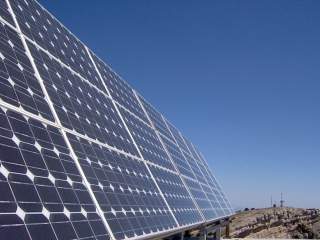 Editor’s Note: TNI has teamed up with the Japan-ROK Working Group at the Pacific Forum CSIS in order to highlight its recently released report focused on improving bilateral relations through targeted engagement on a range of areas. The “Japan-ROK Series” will feature five timely articles summarizing these recommendations in fields such as cooperation on North Korea, missile defense, counterpiracy, energy security and inter-parliamentary ties. This is the last article in the series.

Rising oil prices and consumption, coupled with economic growth and limited resources, have made energy security one of the most important strategic issues in Northeast Asia. Without many energy resources of their own, both Japan and the Republic of Korea (ROK) have relied heavily on imports of energy supplies, including coal and liquefied natural gas (LNG), and nuclear power. After the March 2011 Fukushima nuclear crisis in Japan and the power shortages that both countries experienced in the summer of 2013 arising from heat waves, however, both have hastened their drive to diversify their energy sources. With global shortages of energy supplies expected in the future and with increasing concerns about environmental degradation, nuclear safety and global warming, both Japan and ROK have a mutual interest in the development of alternative energy sources, such as renewable energy, and the two countries should promote cooperation in this area.

Individually, the two countries have worked significantly on the development of renewable energy. In 2008, the ROK proclaimed “Low Carbon, Green Growth” as a national vision to create a momentum for economic growth through the use of clean energy and green technology, and its implementation was coordinated by a presidential committee. The ROK’s energy policies have concentrated on reducing energy emissions while implementing various energy-efficiency policies, such as applying stricter standards on fuel efficiency and building stronger design codes. Currently, fossil fuels account for roughly 82 percent of the ROK’s energy consumption, as compared to nuclear energy at 16 percent, and water power at 0.5 percent. Meanwhile, the contribution of renewable sources to total primary energy supply (TPES) is said to be the lowest in the Organization for Economic Co-operation and Development (OECD). 80 percent of the existing renewable energy supplies in the ROK comes from waste energy and 20 percent from water power. Use of new renewable energy, such as solar power, wind power and biomass, remains largely limited.

At the end of 2008, the ROK government came up with the “3rd Basic Plan for New and Renewable Energy Technology Development and Usage/Distribution.” It set a goal of replacing 11 percent of the country’s primary energy with renewable by 2030 to become the world’s fifth largest renewable-energy powerhouse by 2015, while also specifying several key technologies, such as photovoltaics, solar thermal, geothermal, and bio energy in the Basic Plan. The government expects to earn $36.2 billion in exports through its renewable energy industry and create 110,000 jobs by 2015. Governmental research, development and deployment (RD&D) is also a crucial part of the ROK’s energy policy and is now among the highest in the OECD.

Unlike its world-class manufacturing industries, however, the ROK has not been able to establish a top-notch business in renewable energy. Reasons for such underdevelopment can be attributed to various factors: lack of full-fledged governmental assistance, small domestic demand and market size and shortage of national awakening on the need for renewable energy. As a nation overdependent on foreign energy resources, the ROK government has sought to modify various domestic laws and regulations to facilitate the development of renewable-energy industries, such as providing government subsidies to venture enterprises and housing that runs on solar panels, as well as giving preferential treatment on taxation to renewable-energy-related facilities.

Japan, for its part, has strived to achieve energy security and independence since the 1950s primarily through its nuclear-power program. For almost four decades until the March 2011 Fukushima nuclear disaster, 26 percent of the country’s power generation came from nuclear power because it was viewed as a cleaner and less vulnerable option to the rather-volatile global oil market. After the accident, however, Japan shut down all of its nuclear reactors for scheduled safety checks. Since then, the country has grappled with the challenge of diversifying its energy sources to create the best energy mix for its future. Japan replaced nuclear energy with imported natural gas, oil and coal, but this has led to higher electricity prices, resulting in the nation’s top ten utilities losing over $30 billion in the last two years. This has also deepened the country’s trade deficit.

As a breakthrough, Japan plans to revise its energy policy, putting greater emphasis on renewable energy, especially solar power, which is expected to play a greater role in the nation’s energy future. Japan’s focus on the development of renewable-energy sources is not new, but its development of solar power slowed down in the mid-2000s, partly as a result of its ten-year energy plan that focused on nuclear power. Nevertheless, it has picked up again since the 2011 disaster. With the introduction of initiatives, such as a law approving feed-in tariffs for renewable energy, to encourage development and use of renewable energy, technology companies and private investors are racing to install solar panels throughout the nation. As a result of the government’s efforts to encourage renewable-energy development, Japan recently became one of only five countries in the world to achieve 10 gigawatts of cumulative solar capacity.

So far, there have not been efforts between Japan and the ROK to cooperate on the development of renewable energy, even though this is an area where their interests are aligned. Japanese-ROK cooperation on renewable energy would benefit both countries. This can be a vital starting point and catalyst for the ROK in terms of both domestic and foreign policy. If Japan can take the lead in fostering nonpolitical cooperation, especially on renewable energy, it would boost Japan’s international image as a responsible global actor in the midst of recent tensions with its neighbors arising from history and enhance trust building in East Asia. As a great power in the region, such leadership by Japan is indispensable for institutionalization of cooperation, especially between the ROK, Japan and China.

To create a starting point for Japanese-ROK cooperation in renewable energy, ROK president Park Geun-hye’s call for a creation of the “Northeast Asia Peace and Cooperation Initiative” (Seoul Process) should be welcomed and embraced. The purpose of this Initiative is to foster trust and cooperation among the countries of Northeast Asia through the promotion of regional peace and the development of dialogue on nonpolitical issues, such as environment, disaster response, counterterrorism and nuclear safety. Japan and the ROK can utilize this Initiative to effectively address issues relating to energy. Specifically, the two countries should discuss ways to cooperate on developing alternative and renewable energy sources, such as solar, wind and clean coal technology, through boosting investment in these sectors. This should not only bring the two governments together, but also involve private-sector companies, lobbyists and nongovernmental organizations. Ultimately, the goal would be to involve the public and private sectors of Northeast Asia, including China, Russia, Mongolia and even North Korea.

More specifically, Japan and the ROK can begin cooperation on renewable energy by locating a potential ideal ground for joint investment projects. North Korea, Mongolia, China’s northeastern provinces and Russia’s Far Eastern territories, for example, are cases where both significant economic as well as political profits are expected to be reaped, since all countries will welcome the inflow of FDI (foreign direct investment) into their vastly underdeveloped territories, boosting local economies and creating incentives for countries to address environmental degradation. The European example of renewable-energy joint investment in Eastern Europe and Africa in the form of Overseas Development Assistance (ODA) and profit-oriented investment could serve as a good model of Japanese-ROK cooperation in these regions. Of course, Japanese-ROK investments would have to be largely fostered from a governmental level, gradually leaving room for state-owned enterprises, multinational corporations and private firms to come and invest. It would most resemble the two Korea’s experiences in the Kaesong Industrial Complex, where the government’s role is primarily political and limited to protecting the business rights of private entities. Sufficient economic and security implications from implementing such projects can induce relevant countries to enhance cooperation and work to endorse North Korea’s active participation.

Second, the successful implementation of President Park’s Northeast Asia Peace and Cooperation Initiative will depend on the degree of Japan’s activity and participation in the Japanese-ROK renewable-energy cooperation. Taking into consideration Japan’s economic capital, overseas-development experiences and technological superiorities, there is no other country that would be more suitable for helping the ROK’s Initiatives in creating “Trustpolitik” in Northeast Asia. Because the ultimate objective for bilateral cooperation is to enhance trust between the two countries, Japan’s proactive role in the Seoul Process will come to be recognized by Korea and help reduce the suspicion that both countries have towards each other.

Lastly, the Northeast Asia Peace and Cooperation Initiative can be a starting point for the three allies—Japan, the ROK and the United States—who share common value systems, to not only enhance the quality of the trilateral alliance partnership, but also address the North Korean problem from a multilateral approach amid the destabilizing regional-security environment in the face of a rising China and contribute to peaceful reunification of the Korean Peninsula. By harnessing the lessons of the Helsinki Process, which contributed to the détente of the Cold War and institutionalization of cooperation in Europe eventually to create the European Union, the Seoul Process, by addressing soft security issues, such as renewable energy cooperation, has full potential to serve as a basis for future cooperation on hard security issues in Northeast Asia.